The Home or the Homebrew? The Director of the American Homebrewers Association on Which Came First 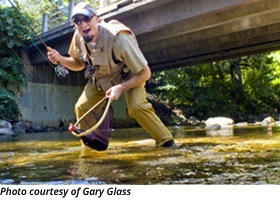 Gary Glass, the director of the American Homebrewers Association, has more than 20 years of experience concocting beers. He talked with us about how homebrewers have shaped the beer scene in the United States, how beer affected early agriculture, and what to expect in the future. GROUPON: What are some of the biggest moments in the history of homebrewing? GARY GLASS: Malting, the discovery that a process of wetting grains, sprouting, drying, and soaking at warm temperatures, then allowing them to sit produced an alcoholic beverage, has got to be at the top of the list. That discovery likely led to nomadic peoples settling down to grow grains for the purposes of producing the magical elixir that they had discovered, thus creating a situation where there was both beer and homes and the first homebrewers. Improved understanding of yeast, [the result of] the discovery by Louis Pasteur in the 19th century that the substance formerly known as God Is Great was in fact a single-celled organism that we now call yeast. Prohibition banned homebrewing for more than half a century. The result of Prohibition and its repeal was a homogenization of American beer into the same fizzy yellow lager produced by just a handful of breweries around the country by the time homebrewing was finally legalized by federal legislation passed in October 1978. Nearly coincident with the legalization of homebrewing was the founding of the American Homebrewers Association, or AHA, in December 1978. The establishment of the AHA was followed shortly thereafter by the publishing of cofounder Charlie Papazian’s book The Complete Joy of Homebrewing in the early 1980s. This book made homebrewing more accessible than it had been since probably the 18th century. The combination of legalization of homebrewing, a sudden burst of information on homebrewing via the AHA and The Complete Joy of Homebrewing, and the utter lack of diversity in beer available in the United States was all that was necessary for a rapid growth in the popularity of homebrewing. The growth in homebrewing created a community of brewers that fueled the founding of commercial craft breweries in the United States. The introduction of millions of Americans to a flavorful alternative to fizzy yellow American light lager encouraged more and more people to take up the hobby of homebrewing, which further fueled the growth of commercial craft brewing. Around 2005, Generation Y came of legal drinking age in the United States. This was the first generation to come of age in a time when flavorful craft beer was plentiful. The result is a generation of people much more inclined to become homebrewers than previous generations. In every year since 2005, the United States has seen has seen double-digit growth in homebrewing. G: How do you think homebrewers have influenced beer and culinary culture in the United States?  GG: Nothing has been more important to the rise of modern American beer culture than the rise of the homebrewing community. Homebrewing provides the knowledge needed to brew beer; the inspiration to try new ingredients, processes, and styles; and the willingness to risk everything by founding a brewery. G: Could you pick a favorite beer you’ve brewed personally? How about one that’s gone awry?  GG: I’ve got a twofer for this one. I once brewed a maibock [Ed. a strong lager], which is one of my favorite styles to brew. It was the first time I had ever used a counterflow wort chiller [Ed. a device that chills the sugary, nonalcoholic liquid quickly so that yeast can be added safely]. When I thought I had the chiller dialed in to deliver my wort to the fermenter at my desired fermentation temperature, I proceeded to start cleaning up [Ed. the opposite of playing indoor football]. Shortly thereafter, I noticed steam rising up out of my carboy [Ed. a big glass receptacle for fermentation], in which my yeast had already been pitched. I was cooking my yeast. This was a 10-gallon batch, so I was able to adjust the temperature of the wort coming out of the chiller and fill my second carboy with appropriately chilled wort for my maibock. I put the carboy filled with wort and cooked yeast in a cold-water bath and left it overnight. The next day, I pitched a vial of belgian ale yeast I happened to have into that first carboy. In the end, both beers turned out great, two of the best I’ve ever made—one the maibock I was aiming to brew and the other a strong belgian ale.
BY:
Grouber