Kids' Halloween Costumes: Then and Now

Vampires. Witches. Kittens. Some costume ideas have held up over the years, and some, thankfully, have gone the way of rotting, kicked-over pumpkins. Here's a look at some of the costumes of Halloween's past (modeled by your trusty Groupon Coupons team), along with what's trending today. 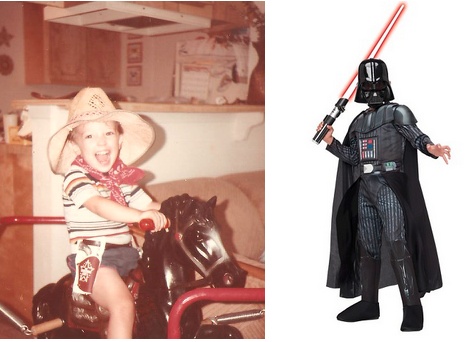 Six shooters are no match for lightsabers in the fight for favorite costume accessory. Anticipation of the upcoming film also makes Star Wars characters a popular choice for kids.

Savings tip: Use this Target $5 off promo code when ordering.

Then: Angel, modeled by Carolyn Now: Princess, $12 at Walmart 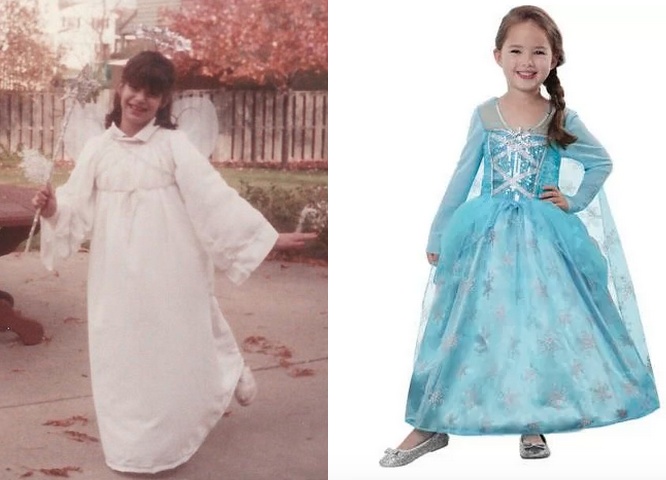 Do angels carry magic wands? This one sure did. While angels may still make the rounds as Trick-or-Treaters, princesses (traditional, fairy, and of the Frozen ilk) will be a much more common sighting this year. 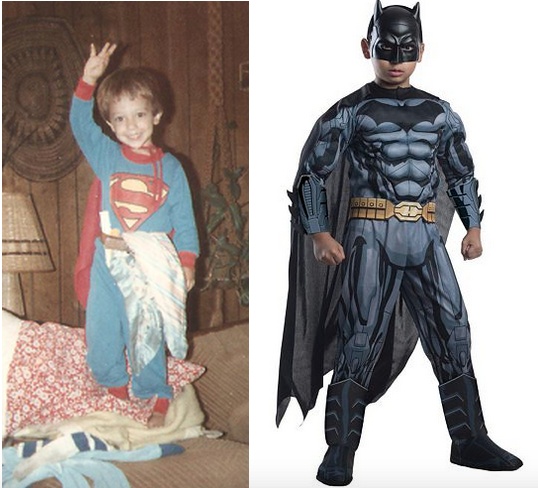 There may be a few more Batmans than Supermans this year, but superheroes of all stripes remain a popular choice for kids.

Savings tip: Use this Kohl's 20% off promo code. 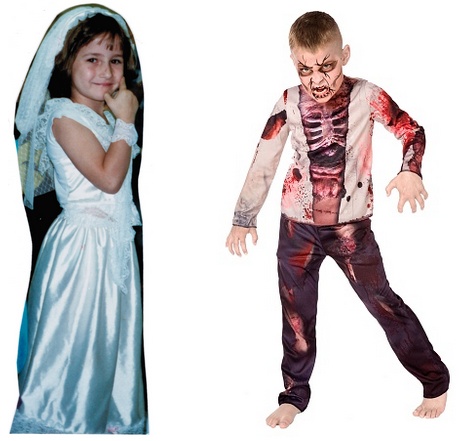 "My feminist self is disappointed with my young bridal self," says Anne. Bridal costumes not striking your child's fancy? There's an easy way to revamp it for modern times: Zombie Bride.

7 Unique Places to Stay That Aren’t a Hotel on Booking.com

Booking.com’s Airport Taxi Service: Have a Ride Waiting When You Land

You Can Now Try Amazon Music Unlimited Free for 4 Months