Legendary entertainers Kenan and Kel made theatrical history when they broke down the fourth wall, and then, to the consternation of the set designer, broke down the second and third walls as well. Experience the magic of the stage with today's Groupon: for $19, you get one ticket to the musical Peter Pan at the Alabama Shakespeare Festival (a $30 value for ages under 25, a $42 value for 25 and older). You get your choice of the following dates:

This rendition of the J.M. Barrie–penned childhood classic stars Sarah Litzsinger, the longest-running Belle in the Broadway production of Beauty and the Beast, and features well-known songs such as "I Won't Grow Up," "I'm Flying," and "Pirate Song." A source of nostalgia for adults and an early introduction to magic, wonder, and spandex tights for the young, Peter Pan is exciting and engaging for all ages. Watch as Pan leads his wily pack of Lost Boys away from grown-up responsibilities such as showering or tax returns, all while the villainous Captain Hook seeks five-fingered revenge on the Neverland hero. And if the play's the thing, the theater itself is the other star of the show. The complex, constructed of more than one million bricks, is set in a scenic 250-acre park featuring English-style grounds, a lake, and an authentic invisible Loch Ness monster.

The Montgomery Advertiser, Playbill, and the National Endowment for the Arts featured the Alabama Shakespeare Festival and five Insider Pagers give it an average rating of four stars:

Expiration varies. Amount paid never expires. Limit 2 per person, may buy 2 additional as gifts. Valid only for date purchased. Reservation required. Not valid with other offers. Merchant is solely responsible to purchasers for the care and quality of the advertised goods and services. 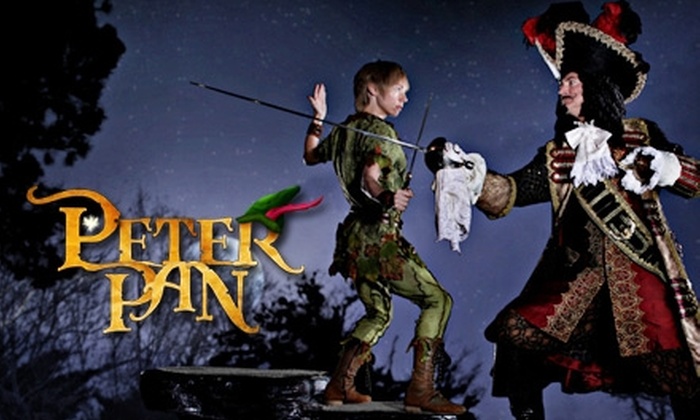