The instructor provides refreshments for children and adults attending a formal art parties. During casual adult art parties, participants may bring their own food and drinks. The formal adult art parties include wine and champagne, chocolate-covered fruit, and assorted cheeses—all of which are served by a butler.

Modernism: The Art of Turmoil

When you’re choosing what to paint, your palette of possibilities may include works inspired by modernism. Explore the history of this rule-breaking movement with Groupon’s guide to modernism.

Picasso’s angular, impudent ladies of Avignon; Duchamp’s time-lapse portrait of a naked trip downstairs; Mondrian’s serene grids; Pollock’s tangled paint splatters. These works have little in common visually, but the electric current running through each is the modernist tradition. At the turn of the 20th century, the world was in upheaval. Advances in communication, travel, and industrial technologies, economic unrest and inequality, and the increasing mechanization of global warfare contributed to a crisis of faith in the traditions that had seemed to bind much of Europe. In this climate, critical thinkers began to tug on the threads that held familiar artistic forms together to see what happened as they unraveled. Drawing upon roots set down by the art nouveau and impressionist movements, artists across Europe rejected the search for meaning through realism, instead relying on an “art for art’s sake” approach to their work, which was often abstract, shocking, and even deliberately grotesque.

Soon, modernism would cross the Atlantic, hitting New York City at the Armory Show of 1913. Paintings by notable Americans such as Edward Hopper and Mary Cassatt mingled with works by Europeans—including Picasso, Duchamp, and Wassily Kandinsky—ready to make their American debuts and try hot dogs for the first time. Faced with the stark abstraction of paintings such as Duchamp’s Nude Descending a Staircase, no. 2, many attendees were left confused and even outraged by the willful disregard for classical tradition. “I would call it a sort of labor-saving sculpture, representing the simplicity of artistic indolence,” opined one writer in the Literary Digest; others chalked up the new sense of abstraction to shoddy thinking, or even disease. But the American avant garde had noisily arrived and would continue to evolve into such forms as abstract expressionism and pop art through the middle of the 20th century, when everyone suddenly decided to start working in play-doh instead.

Promotional value expires 180 days after purchase. Amount paid never expires. Limit 1 per person, may buy 1 additional as gift. Valid only for option purchased. Appointment required. Merchant's standard cancellation policy applies (any fees not to exceed voucher price). Limit 1 per visit. Valid only for option purchased. All goods or services must be used by the same party. Deal valid within 40 miles of 33707. May be repurchased every 30 days. Merchant is solely responsible to purchasers for the care and quality of the advertised goods and services. 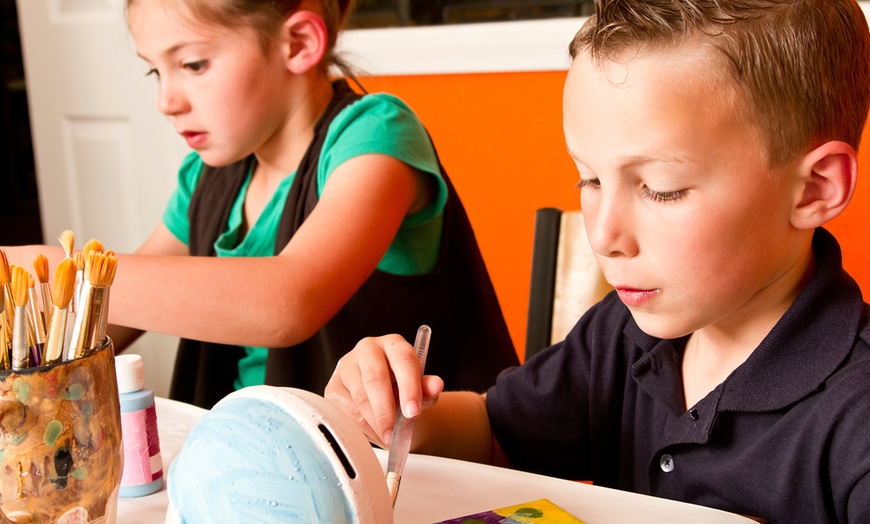