Screen Repair for iPhones at Fullbars Cell Phone and Computer Repair (Up to 42% Off). Seven Options Available.

3.02 Ratings
3.0
Average of 2 ratings
50%
50%
100% Verified Reviews
All reviews are from people who have redeemed deals with this merchant.
N
NatalieTOP REVIEWER
12 ratings5 reviews
Quick response
Helpful
Earned when a user has written 5 or more reviews
Want to earn this badge? Share 3 or more photos
Earned when a user has gotten 2 or more helpful votes

A smartphone’s tiny screen relies on the strange properties of liquid crystals. Check out our study of LCDs to learn how they create the vivid pictures in your pocket.

The term liquid crystal seems a contradiction, but a liquid crystal is actually neither a liquid nor a solid—it’s both, stuck in a sort of chemical limbo with its molecules somewhere between the liquid and solid phases. When an electrical current passes through a liquid crystal, its molecular orientation changes, and so does the direction of light that passes through it. By sandwiching these crystals between polarized glass and manipulating the current passing through them, your phone is able to control the light they channel, resulting in the high-contrast images that appear on screen. Although our brains only see each pixel as a single dot, each consists of red, blue, and green subpixels that, when lit at various intensities, can emit more than 16 million colors.

Despite their advanced applications, liquid crystals are not a recent discovery. They were first identified in the late 19th century by a scientist studying cholesterol extracted from carrots—a natural source of liquid crystals, as are human beings and most other living things, which tend to have them in their cell membranes. Liquid crystals and LCDs were the subject of research and patent applications throughout the early 20th century—including one filed by Marconi’s Wireless Telegraph Company in 1936—and finally hit consumer electronics in the early 1970s, when they were introduced in wristwatches.

Promotional value expires 120 days after purchase. Amount paid never expires. Limit 1 per person, may buy 90 additional as gift(s). May be repurchased every 90 days. Limit 1 per visit. Must use promotional value in 1 visit(s). Valid only for option purchased. Merchant is solely responsible to purchasers for the care and quality of the advertised goods and services. 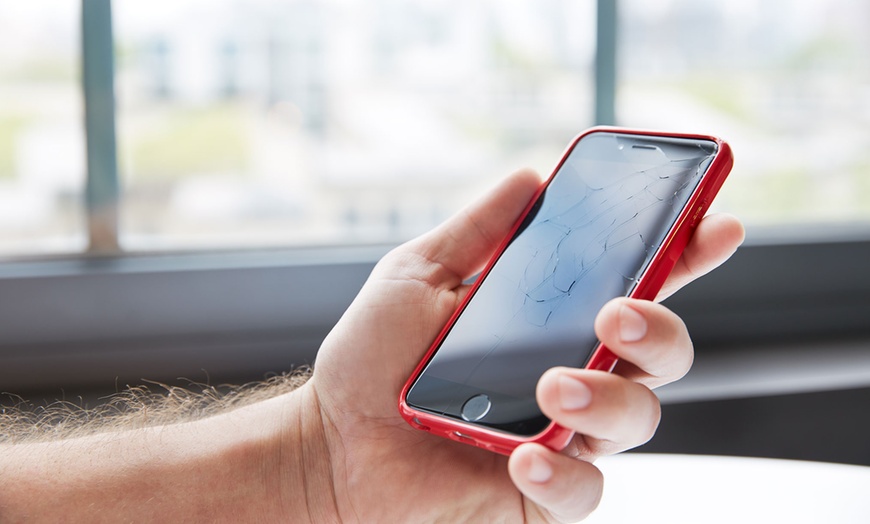 Screen Repair for iPhones at Fullbars Cell Phone and Computer Repair (Up to 42% Off). Seven Options Available.