New Zealand’s breathtaking mountains, meadows, and beech forests made it the perfect location to film The Hobbit trilogy. From the gently rolling countryside of the Shire to the desolate and craggy fortress of Isengard, the country’s terrain made a mythical world come alive. On this 14-day, 11-night vacation in New Zealand, you’ll visit some of the most famous filming locations from those movies as well as four cities: Auckland, Rotorua, Wellington, and Queenstown. The deal also includes roundtrip airfare from 21 departure cities and hotel accommodations in each city center.

Beautiful beaches, volcanic hills, and harbors filled with brightly colored sailboats surround Auckland, a bustling city in northern New Zealand. Since several harbors and bays border the downtown area, boating is a popular pastime—Auckland is often called the "city of sails” for having more boats per capita than anywhere else in the world. The city is also home to the world’s largest Polynesian population. Learn more about Polynesian history and culture at the Auckland Museum, home to an extensive collection of Maori and Pacific Islander artifacts.

While in Auckland, you’ll take a half-day city tour, which includes a visit to Parnell, a historic neighborhood lined with boutiques and antique shops, and a scenic drive along Waitemata Harbor. The tour concludes at Michael Joseph Savage Memorial Park, which has panoramic views of downtown Auckland and Waitemata Harbor. You’ll also have two full days to explore Auckland on your own.

Geothermal activity abounds in the city of Rotorua, including geysers, boiling mud pools, and cartoon animals with steam coming out of their ears. Te Puia, a geothermal valley a few minutes outside of the city, encompasses many of these wonders. The valley’s Pohutu Geyser erupts 10 to 25 times a day. Te Puia is also the site of the New Zealand Maori Arts and Crafts Institute, where you can see cultural performances and artwork and visit a kiwi conservation facility that takes in injured birds.

On your first evening in Rotorua, visit a re-created Maori village to watch traditional music and dance performances, then dine on typical Maori foods. The following day is taken up by a half-day tour of the Waikato region, or the Shire, where several scenes from The Hobbit were filmed.

Located on the southern tip of the North Island, Wellington is both New Zealand’s capital and its cultural center. It’s home to the national Museum of New Zealand, where you can see a 1,000-pound colossal squid on display and learn more about the country’s settlers.

In Wellington, you’ll take a half-day Rover tour that visits seven filming locations, including the settings for Minas Tirith, Helm's Deep, and Rivendell, where you’ll enjoy a cup of tea underneath the Elven trees. The specialist tour guides give you plenty of time to explore each site and ask questions about the filming process.

Known as the adventure capital of the world, Queenstown plays host to a number of outdoor activities all year long, including skiing and snowboarding, whitewater rafting, and hang gliding. Located on the shores of Lake Wakatipu on the South Island, the city contains dozens of wineries that offer tours and tastings of the region’s famous pinot noir.

On your second afternoon in Queenstown, head about 30 miles outside of the city for a half-day tour of Glenorchy. The tour whisks you through the filming locations of Isengard, Ithilien Camp, and the battle of Amon Hen. The next two days are yours to explore Queenstown on your own before heading back home.

4.7219 Ratings
4.7
Average of 219 ratings
89%
3%
1%
6%
100% Verified Reviews
All reviews are from people who have redeemed deals with this merchant.
M
Mary
4 ratings3 reviews
We have not taken our trip yet. So far we still don't have a deffinate iterary and our flights are still changing. I wish I would have purchased the plan from LA and made my own plans to get there. The groupon travel from Minneapolis to LA is going to extend the travel more than it should have to.
Helpful
B
Barbara
2 ratings1 reviews
REPRESENTATIVE WAS FABULOUS AND ACCOMODATED ALL OF OUR NEEDS.
Helpful
P
PJ
2 ratings2 reviews
I haven't actually taken the vacation yet, but I'm quite satisfied with the responsiveness of this business so far.
Helpful
L
Lisa
1 ratings1 reviews
These people are difficult to deal with. Do mot purchase this trip.
Helpful
C
Cassandratop reviewer
19 ratings7 reviews2 photos
The best part was the Open Road tour. We enjoyed the shuttles TO the hotels but not finding our own ways back to the airports. This did not really mention you'd need to find your own way around places. Wish there had been more included tours of the areas we were in. Can't wait to go back again in the future!
Helpful
A
Autumn
2 ratings2 reviews
Amazing. I never thought about buying a Groupon for a trip since I have been scammed by cheap trip deals elsewhere, but a reputable company directed me to this trip. It was so easy and the travel company I had to call to activate it was phenomenal. They did all the booking, made sure we had all the Visa information filled out, trip insurance and anything we didn't know we would need! The Cambridge Hotel in Surry Hills they booked us into for the 4 nights was phenomenal. The location was AWESOME. One block away was Oxford street with buses and pharmacies and coffee shops (Sydney has incredible coffee - they excel at Mochas and they have alternative milks). A half block away was an Irish Pub and buses directly to Circular Quay (pronounced Key) with the Sydney Opera House, Harbour Bridge (I didn't get to the Bridge Walk).Could walk to major places like Hyde Park, Australian Museum and the Westfield Eye/Sydney Eye Tower. Once at Circular Quay, there are subway trains and ferries to places like the indoor wildlife park to get close to Koala Bears and Kangaroo! Virgin Australia was the airline with nonstop to Sydney from LAX. I couldn't believe we got such an amazing airline for this price. Yes, it was economy seating, but it was a premium airline with personal free entertainment with movies, and music at your fingertips from the headrest tvs. Food was great and at good intervals with snacks. Airline hosts were amazing. Shuttle from airport to hotel was clean and efficient. Makes me sad I have never used Groupon for travel before. I have not only recommended and told about this to friends, but almost everyone I meet. Amazing adventure at affordable price.
Helpful
T
Tuan
1 ratings1 reviews
Price is OK for the 3 cities: Melbourne, Gold Coast, Sydney
Helpful
O
Orhan
1 ratings1 reviews
This questionnaire is a bit premature. We booked it, and are still finalzing details with tour operator, but the trip is in April, 2017. Both Groupon and the tour operator have been difficult to contact, with "try again later" messages when we try and chat online, or when we find a telephone number to call. The waiting and day long waits are a bit annoying, but other than these slow responses, so far so good. Ask me again after our trip.
Helpful
See all reviews
Earned when a user has written 5 or more reviews
Want to earn this badge? Share 3 or more photos
Earned when a user has gotten 2 or more helpful votes
Close
Choose Your Deal Option: 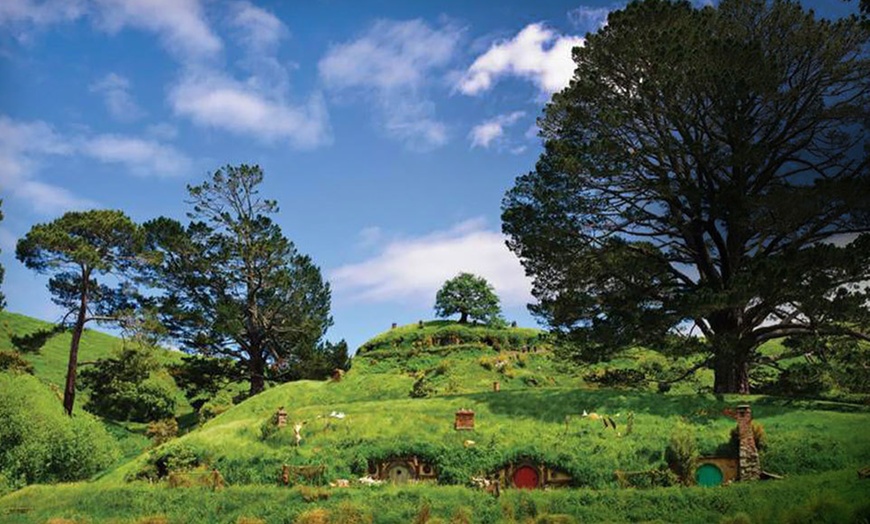