Note: All options priced per person, based on double occupancy, or pay an additional $300 fee to travel solo. Read about package structures here.

Over the course of 7 days, you’ll explore four of Ireland’s most iconic cities on this trip from Great Value Vacations. Wander through castles and cathedrals, raise a pint while enjoying traditional music, and share as much blarney as you want with some of the world’s friendliest locals. Each option includes:

Kilkenny, a hilly city along the River Nore, is dotted with medieval cathedrals, abbeys, and castles. As you stroll the streets, the sounds of traditional Celtic fiddles and pennywhistles invite you to pull up a barstool at one of the city’s pubs, which date back several centuries.

Limerick’s gritty history was immortalized in Frank McCourt’s memoir Angela’s Ashes. The city has improved greatly since McCourt’s childhood there in the 1930s and ‘40s, but it still holds closely to its salt-of-the-earth reputation. Locals still attend Mass at St. Mary’s Cathedral, just as they have since the 12th century. And you can explore medieval relics that remain intact at the 13th-century King John’s Castle.

Voted the world’s friendliest city, Galway lies along the River Corrib on Ireland’s west coast. Known as a center of Irish arts and culture, the city manages to feel both bohemian and traditional. Stroll through narrow medieval streets and you’ll come across crumbling historical sites as well as colorfully painted buildings and inviting pubs catering to artists, tourists, and university students.

You’ll end the trip with a short stint in Ireland’s capital city. Lively and inviting, Dublin keeps visitors busy with sightseeing during the day and boisterous pub-hopping at night—whatever you do, don’t miss the chance to throw back a pint while listening to live Irish music in the famed Temple Bar district.

Know Before You Go

1. How much would it cost to fly from an airport not listed as part of this deal? Call Great Value Vacations at 1-800-495-4903 for pricing from any airport that isn’t listed on the Groupon Getaways deal page.

2. Can we extend our trip before or after the promotional dates for the deal? Yes, for an additional fee you can arrange for that over the phone when you redeem your vacation.

3. How do I find out if the dates I want to travel are available? After your purchase, call Great Value Vacations at (800) 495-4903 for the most up-to-date availability.

4. What happens if I buy the Groupon and my travel dates are not available? If Great Value Vacations is unable to book the stay you want during the available dates and before the book-by date, Groupon will refund your purchase.

5. Does my child need a Groupon, and can they stay in my room? All travelers age 2 and over are required to purchase a Groupon. Different occupancy arrangements can be requested with Great Value Vacations at the time of reservation.

6. Is the price advertised available on every date? Airfare subject to availability. Additional fees may apply for some departure dates. Contact Great Value Vacations for details.

About Four-City Ireland Vacation with Airfare from Great Value Vacations

4.44,561 Ratings
4.4
Average of 4,561 ratings
82%
4%
2%
1%
11%
100% Verified Reviews
All reviews are from people who have redeemed deals with this merchant.
hotel
price
package
tour
customer service
reservation
C
ChristopherHELPFUL REVIEWER
4 ratings4 reviews
Was a trip of a life time. My wife and I took this trip for our Honeymoon, and we can not Wait to take our kids! Ireland is such a magical place, and the hotels we stayed at were amazing. The people we met and the things to do were endless! I highly recommend using this company for your trips, it took ALL of the headache out of planning and you get to enjoy your trip!
Helpful
M
Mia
2 ratings2 reviews
Amazing trip!
Helpful
J
Jennifer
2 ratings2 reviews
Great time awesome food. We extended our airfare so we could have few more days going around island! My sister-in-law planned all the stops. Adare was a great place to stay lots of please so see around for a days drive. If you want to see Ireland this is a must book vacation!
Helpful
C
Chris
2 ratings1 reviews
Everything was seamless! Thank you great value vacations for making our once in a lifetime vacation dream come true!
Helpful
R
Rose
1 ratings1 reviews
Convenience, price and ease of booking trip online.
Helpful
Y
yayaknight
1 ratings1 reviews
It was very easy to book, just tough finding available dates.
Helpful
C
C
9 ratings4 reviews
Can't wait to go!!
Helpful
T
Tammi
4 ratings1 reviews
The ease of use of the website.
Helpful
See all reviews
Earned when a user has written 5 or more reviews
Want to earn this badge? Share 3 or more photos
Earned when a user has gotten 2 or more helpful votes
Close
Choose Your Deal Option: 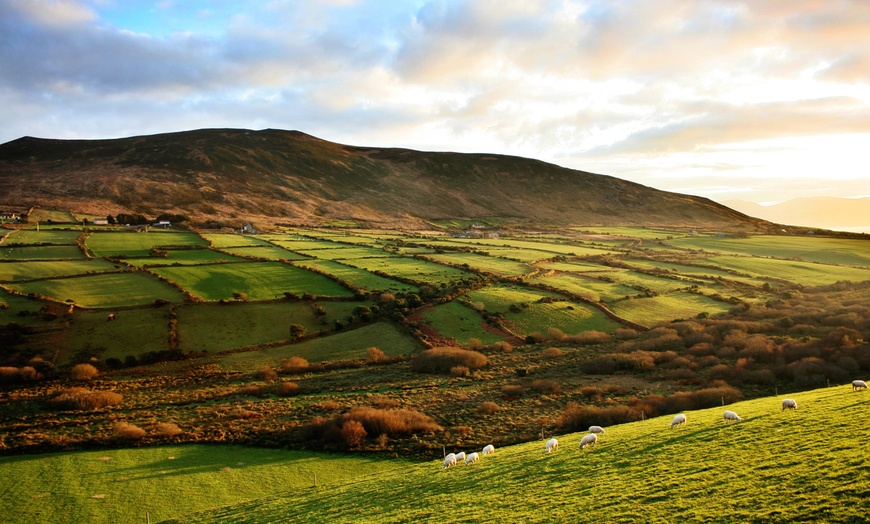