Note: All options priced per person, based on double occupancy, or pay an additional $300 fee to travel solo. Read about package structures here.

Travel Ireland by Train on a 8-Day Trip

Ireland’s rolling, green hills and medieval villages have become emblems of the country’s character. You can watch this pristine landscape unfold on train rides between Limerick, Galway, and Dublin on this 8-day trip from Great Value Vacations. Once you arrive in each city, you’re free to experience the sights at your own pace. This vacation, based on two people traveling together, includes:

Your adventure begins in Ireland’s bustling capital city, which overlooks Dublin Bay on the island’s east coast. The itinerary is up to you, and there’s plenty to see—check out the ancient Book of Kells at the Trinity College Library, tour the Guinness Storehouse, or simply enjoy a pint at one of the city’s 1,000 local pubs. North Star Hotel will be your home base in Dublin; it’s a modern hotel located just a short walk from the city center and the picturesque River Liffey.

On Day 3, you’ll take a two-hour train ride to Limerick. Bisected by the River Shannon in south-central Ireland, Limerick is chock-full of historic sites, including a 13th-century castle and the 12th-century St. Mary’s Cathedral (which still holds Mass). There’s also a scenic walkway along the river. These and other Limerick attractions are within an easy walk of Limerick City Hotel, which sits just steps from the river.

On Day 5, you can relax on the train during a two-hour ride to Galway. Often called Ireland’s “most Irish city,” Galway is a haven of Celtic culture and literature, and it’s not uncommon to hear people conversing in traditional Gaelic. You’ll spend 2 nights at either the Salthill Hotel or Clayton Hotel, where you can fuel up in the morning with a continental breakfast.

Return to the U.S.

On Day 8, you’ll take a 2 1/2-hour train from Galway to Dublin, where you will stay the night before boarding a flight home.

1. From what airport does this deal depart? How much would it cost to fly from an airport not listed as part of this deal? Call Great Value Vacations at 1-800-495-4903 for pricing from any airport that isn’t listed on the Groupon Getaways deal page.

2. Can we extend our trip before or after the promotional dates for the deal? Yes, for an additional fee you can arrange for that over the phone when you redeem your vacation.

3. How do I find out if the dates I want to travel are available? After your purchase, call Great Value Vacations at (800) 495-4903 for the most up-to-date availability.

4. What happens if I buy the Groupon and my travel dates are not available? If Great Value Vacations is unable to book the stay you want during the available dates and before the book-by date, Groupon will refund your purchase.

5. Does my child need a Groupon, and can they stay in my room? All travelers age 2 and over are required to purchase a Groupon. Different occupancy arrangements can be requested with Great Value Vacations at the time of reservation.

6. Is the price advertised available on every date?
Airfare subject to availability. Additional fees may apply for some departure dates. Contact Great Value Vacations for details.

About Ireland Vacation with Airfare from Great Value Vacations 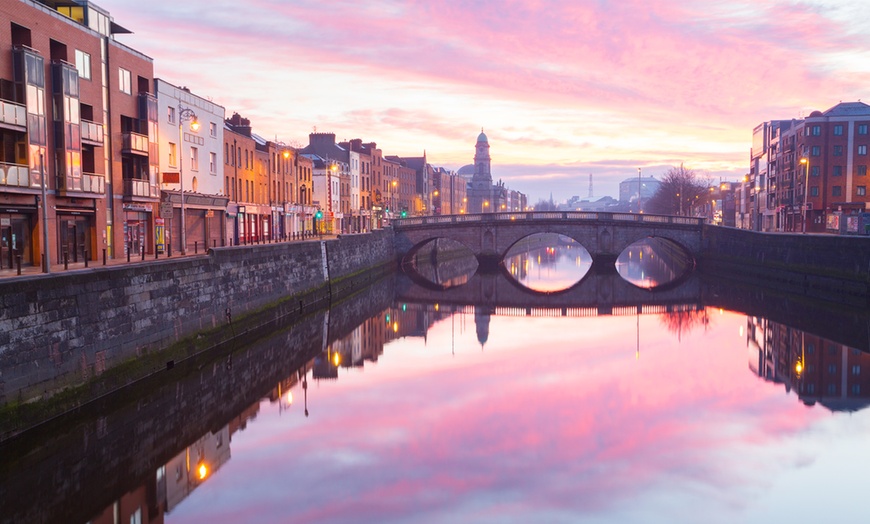