Safari Adventure Across the Kenyan Plains

Each year throughout the summer and into fall, one of the world's greatest animal migrations takes place in Kenya: more than half a million wildebeest enter the Masai Mara National Reserve region in search of fresh grass. Other hoofed mammals join the wildebeests too, including Thomson's gazelles and zebras. Meanwhile, predators including lions and hyenas stalk the herd closely in hopes of catching a meal. On a safari, you can get a front-row seat to this classic drama as it unfolds in real time. You'll likely see many other characters, too: impalas, leopards, giraffes, cheetahs, rhinos, and lions.

The wind-swept plains of Kenya and the picturesque southern coast along Diani Beach are the setting for this nine-day honeymoon adventure. Click to see the full itinerary.

Days 1–2: Jets will depart New York's John F. Kennedy International Airport (JFK; other gateways are available by request for an additional fee) and touch down in Nairobi. There, Odyssey Safaris staff will pick you up in a shuttle and take you to the Safari Park Hotel in Nairobi, tucked amid 50 acres of manicured gardens. Feel free to explore the Kenyan capital for the day or rest up on the hotel's antique four-poster beds.

Days 3–5: The next morning, Odyssey Safaris staff leads the tour group to Wilson Airport to take a bush plane into the heart of the Masai Mara National Reserve. One of Kenya's premiere wildlife sanctuaries, the remote reserve has undulating hills and an abundance of animal life, including more than 53 bird-of-prey species. Elephants lumber about these grounds and gazelles dart through the grasslands. Safari-goers may also catch a glimpse of lions, leopards, and cheetahs as they hunt prey, or snap photos of hippos as they spar over territorial rights to an inflatable raft in the Mara River. Come nightfall, you can retire to the fully furnished tents at the Ashnil Mara camp, which have luxurious ensuite bathrooms and sun decks that look out to the reserve.

Days 6–8: Following a morning game drive and breakfast, the safari group boards a flight to Kenya's southern coast; along the way, you'll pass over Tsavo National Park and get near Mount Kilimanjaro. In Diani Beach, Kenya, couples can relax, stroll the beach, or enjoy a romantic dinner cruise in Mombasa's harbor.

On this leg, you'll have accommodations at Swahili Beach. The upscale rooms here feature Middle Eastern and African influences: there are Persian-style rugs and gauzy bed canopies.

Day 9: After breakfast and the last morning in Diani Beach, the trip culminates with a flight back to Nairobi, and from there, an international connection back to the States.

About African Safari with Airfare

4.725 Groupon Ratings
4.7
Average of 25 ratings
92%
4%
4%
100% Verified Reviews
All Groupon reviews are from people who have redeemed deals with this merchant. Review requests are sent by email to customers who purchased the deal.
R
Rene'
14 ratings10 reviews
This was a phenomenal trip! We would go again in a second!
Helpful
K
Kathleen
2 ratings2 reviews
We don't go on our Safari vacation until April 2020. Kind of difficult to rate something you have not yet done!
Helpful
P
Patricia
45 ratings39 reviews
I travelled as a single and felt perfectly safe the entire time. The guides were knowledgable and the accomodations were lovely. I went off season and the weather was perfect for me.It is a must see and I can't wait to go back again.
Helpful
A
Alana
20 ratings6 reviews
Value!
Helpful
E
eleanor
1 ratings1 reviews
Excellent company to work with
Helpful
See all reviews
Earned when a user has written 5 or more reviews
Want to earn this badge? Share 3 or more photos
Earned when a user has gotten 2 or more helpful votes
Choose Your Deal Option: 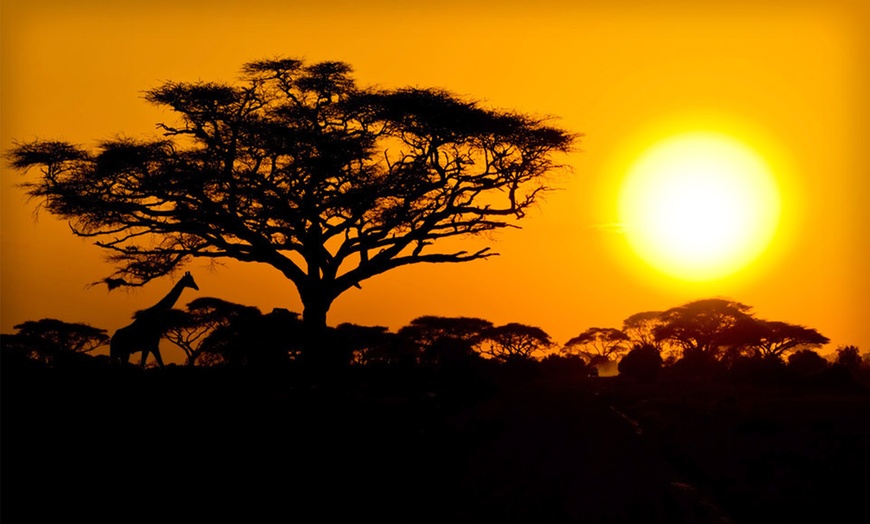