10-Day Guided Tour of Peru with Stops at Machu Picchu, Cuzco, and Lima

When he discovered Machu Picchu in 1911, explorer Hiram Bingham wrote, "In the variety of its charms and the power of its spell, I know of no place in the world which can compare with it." The ancient Incan citadel is composed of impressively preserved granite temples and palaces tucked away in the Andes Mountains, some 8,000 feet above the Urubamba River. The former Incan capital of Cuzco is situated near Machu Picchu as well as some other pre-Columbian and colonial architecture, many of which you'll see on this guided tour of Peru from Gate 1 Travel.

Day 2: Upon arrival in Lima, you'll settle into your hotel and enjoy breakfast before touring the city's historic district. Here, you'll see the 17th-century San Francisco Monastery, which is covered in yellow stucco, sculptures of religious figures and, often, lots of pigeons. Inside, elaborate frescoes cover the ceiling. The church also once served as a cemetery; deep in its catacombs, you can see bones and skulls arranged in haunting circular patterns. After the tour, you can spend the evening checking out Lima at your leisure.

Days 3–4: After flying to Cuzco early in the morning, you'll head to the Chinchero market in the Urubamba Sacred Valley, where you can browse colorful scarves and fresh produce. At the ancient citadel of Ollantaytambo, granite temples, towering monoliths, and stone terraces stand as relics of the Incan civilization. Be sure to get a snapshot of the Princess Bath, an age-old stone fountain that is still functional. The following day is open for you to explore the Sacred Valley.

Days 5–6: You'll take a train ride to Machu Picchu to tour this legendary UNESCO World Heritage site. On the following day, you'll have a chance to explore Cuzco and its ancient Incan sites at your own pace. Cuzco is the former capital of the Incan empire and is steeped in history. On the main square, you'll find Spanish colonial churches, including the Barrio de San Blas. This adobe building is known for its elaborate pulpit, which is carved entirely from the trunk of a single cedar tree.

Days 7–8: The tour heads to the city of Puno, which sits 12,000 feet up into the Andes along the shore of Lake Titicaca. Raqchi is the next stop. This is the site of the Incan Temple of Wiracocha, which spans the length of a football field and is girded by massive stone columns.

In the morning, you'll travel by boat to the Uros Islands, which are entirely manmade from indigenous tortora reeds.

Days 9–10: The tour wraps up with a flight to Lima, where you will have one more opportunity to tour the capital city and savor a traditional Peruvian dinner before your flight home in the morning.

About 10-Day Peru Tour with Airfare

4.74,229 Ratings
4.7
Average of 4,229 ratings
89%
3%
1%
1%
6%
100% Verified Reviews
All reviews are from people who have redeemed deals with this merchant.
hotel
price
coffee
staff
tour
experience
accommodations
guide
customer service
bed
J
janie
4 ratings4 reviews
Seems like we will see everything we wanted and a good price.
Helpful
M
monika
1 ratings2 reviews
more after the actual date
Helpful
J
Julia
4 ratings2 reviews
Loved the trip it was amazing!!!
Helpful
M
Mychele
3 ratings2 reviews1 photos
Best trip we ever trip. The country is beautiful, from the volcanos to the beaches. Even the people were courteous and polite at every turn. We loved it so much, we are even considering moving there.
Helpful
J
JonClaudehelpful reviewer
4 ratings2 reviews
This trip was worth every dime! I enjoyed myself and will book this again and again if I have to. Amazing experience and everything went so smooth. Didnt run into one single issue! Loved this
Helpful
A
Aliciahelpful reviewer
3 ratings1 reviews
Groupon has the best vacation deals around! I would highly recommend it to anyone. I have been to Italy twice, Spain and Ireland with Groupon and have an amazing experience. They put you close to transportation and the hotels are normally new trying to get their business going. The tour guides are very knowledgeable, I can't wait to book my next trip!
Helpful
D
Davidhelpful reviewer
4 ratings4 reviews
Great pricing and trip was amazing. Just the right amount of free time and tour. Never felt unsafe and was a top 10 trip.
Helpful
N
Norma
2 ratings1 reviews
Loved it. Plane was late leaving out of Boston, but the taxi service was still waiting in Milan when I arrived.
Helpful
See all reviews
Earned when a user has written 5 or more reviews
Want to earn this badge? Share 3 or more photos
Earned when a user has gotten 2 or more helpful votes
Close
Choose Your Deal Option: 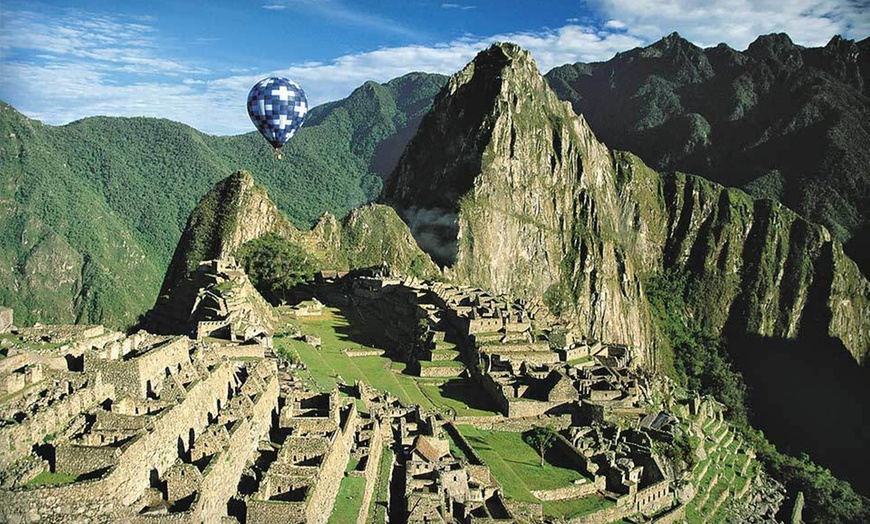