This is a top rated deal due to its average rating of 4.2 stars or higher.
Apple TV with 1080p HD

A power cord and HDMI cable is all Apple TV needs to transform your television into a wellspring of high-definition media, including films, TV shows, and live sports. Popular online streaming services such as Netflix, Hulu Plus, and HBO GO are integrated into Apple TV’s interface, so users can comfortably watch content on a bigger screen than the ones on their tablets, smartphones, or Teletubby stomachs. The box also gives the option to purchase or rent content from the iTunes store, and compiles media into iCloud accounts for Macbooks, iPhones, and other mobile devices to easily access. It even streams music from iTunes Radio for free, unveiling a selection of more than 250 genre-focused, DJ-curated stations.

From the start, Steve Jobs was enthralled with not only the novelty of technology but also its design. When speaking about the Apple computer, he said it was “going to be insanely beautiful.” Over the years, Apple’s products have worked to fuse innovative technology with almost artful design. The iMac stunned the world with its colorful plastic shells, which the New York Times said “more closely resemble a pack of Life Savers than a new computer line.” The glossy white iPod—no bigger than a deck of playing cards—could hold an entire library of music. Time Magazine named the iPhone the Invention of the Year for its stunning design and—uniquely—because of the promise it held for even better products in the future. With each new item they launch, Apple works to shape the way future societies communicate, learn, and dance when they’re alone. 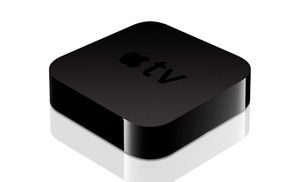