Inspired by the popular Manga, and directed by Japanese provocateur Sion Sono (Guilty of Romance, Suicide Club), Himizu centers upon two teenagers, struggling for survival in a town devastated by the 2011 tsunami. Alienated from his family and devoid of hope for the future, Yuichi becomes a vigilante and commits a string of violent acts upon the world's evildoers, including his abusive father. Keiko is a former classmate who has an obsessive fascination with Yuichi, following every move of the disenchanted teen's murder spree. While some critics were alarmed by the film's "brutal violence" (The Hollywood Reporter), others praised newcomers Shota Sometani and Fumi Nikaido, who shared the Marcello Mastroianni Prize, for Best New Actor, at the 68th Venice Film Festival. 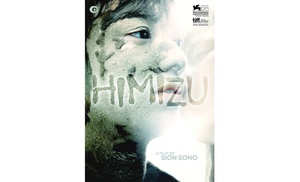