The PS3’s streamlined design nestles easily into entertainment centers, and its access to the PlayStation Network and online apps supplants the need for other gaming consoles and media-streaming devices.

Find Your Favorite Apps
Since it’s already connected to your TV, the PS3 the PS3 makes watching movies and TV just as easy as it is on a tablet or laptop. The PS3 can stream movies through Netflix and Amazon Instant Watch, play TV shows through Hulu Plus, and catch big games with NBA Game Time and NHL GameCenter.

Approximately 900 million of Sony’s devices are in use in the world today. To achieve this feat, Sony never wavered from the vision of its co-founders, engineer Masaru Ibuka and physicist Akio Morita. From its beginning in 1946, Sony has always positioned itself on the cutting edge of technology to continually break new ground, from the portable transistor radio in the ‘50s to the color television in the ‘60s to the PlayStation video game console in the early ‘90s. Along the way, Sony also co-developed a range of industry standard formats, including the CD, DVD, and Blu-ray Disc. Not content to only store and play media, the company also produces movies, music, and television and is responsible for acclaimed films and shows such as The Social Network and Breaking Bad while representing artists as diverse as Adele, Bruce Springsteen, Usher, and Milton, a baritone humpback whale. 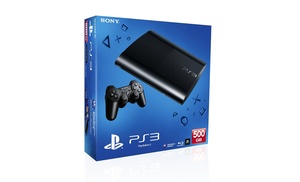