Expiration varies. Limit 8/person. Valid only for option purchased. Refundable only on day of purchase. Must purchase together to sit together. Merchant reserves right to substitute closer seat. ADA seating cannot be guaranteed; contact box office prior to purchase for availability. Holder assumes all risk in connection with the event and releases Groupon and its affiliates, Ticketmaster, venue and their affiliates from any related claims. Not redeemable on mobile app. Ticket value includes all fees. Discount reflects Ticketmaster's current ticket prices, which may change. Merchant is solely responsible to purchasers for the care and quality of the advertised goods and services.

It didn't take long for the Atlanta Dream to establish themselves as one of the WNBA's premier organizations. The team played their first game in 2008, then made their first playoff appearance a year later and captured back-to-back conference titles in the following seasons. In establishing that winning tradition, the Dream also instituted a fast-paced style of play that consistently lands them at or near the top of league in scoring and breaking the sound barrier. 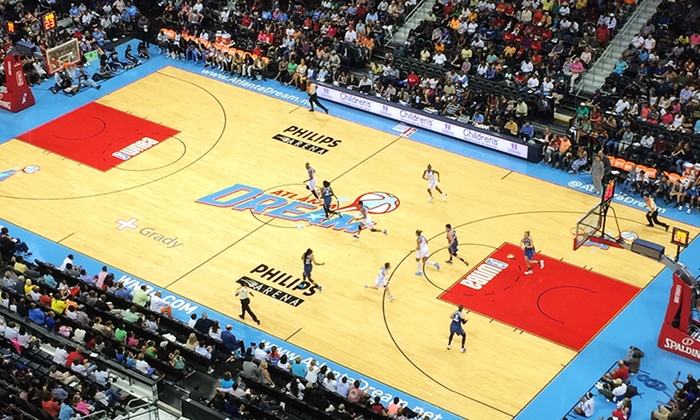