MK The Phone Store is a top merchant due to its average rating of 4.5 stars or higher based on a minimum of 400 ratings.

4.6614 ratings
4.6
Average of 614 ratings
80%
11%
3%
1%
5%
100% Verified Reviews
All reviews are from people who have redeemed deals with this merchant.
service
price
store
extra
staff
customer service
experience
accessories
employees
cheap
cost
pluses
affordable
apple
fee
appointment
I
IsailahTOP REVIEWERHELPFUL REVIEWERSHUTTERBUG
8 ratings6 reviews5 photos
They did a wonderful job. My phone had a bend to it so I paid an extra $15 so that they could straighten it back out and put my screen on and it looks wonderful! Good luck at MK the phone store. HIGHLY RECOMMEND. 👏🏽
Helpful
K
Keith
2 ratings2 reviews
MK phone store employees are awesome! They are attentive and do what they say they are gonna do. My phone was repaired and Ready in less than an hour. Thanks!
Helpful
J
Jaron
5 ratings4 reviews
Fast and easy service. I would definitely recommend to anyone and I’ll be back for all my iPhone needs. Thank you!!!
Helpful
J
Julissa
1 ratings1 reviews
Very fast, Loved it!
Helpful
S
SaraTOP REVIEWER
7 ratings5 reviews
Everyone was very kind and courteous. The service is impeccable! The price is THE BEST around! They were extremely expedient with their work! Thank you!!
Helpful
C
Chanel
1 ratings1 reviews
Quick and friendly! My phone works great. Had to pay an additional $15 for led being broken but still can’t beat $33 for a screen replacement
Helpful
C
ChansopheakTOP REVIEWER
20 ratings7 reviews
Good service, fast repair of iPhone 7 screen replacement
Helpful
B
Brad
4 ratings4 reviews
Quick, easy, professional.
Helpful
See all reviews
Earned when a user has written 5 or more reviews
Want to earn this badge? Share 3 or more photos
Earned when a user has gotten 2 or more helpful votes

Promotional value expires 120 days after purchase. Amount paid never expires. Appointment required. Limit 1 per person, may buy 1 additional as gift(s). May be repurchased every 180 days. Limit 1 per visit. Valid only for option purchased. Merchant is solely responsible to purchasers for the care and quality of the advertised goods and services.

In and Around Dallas 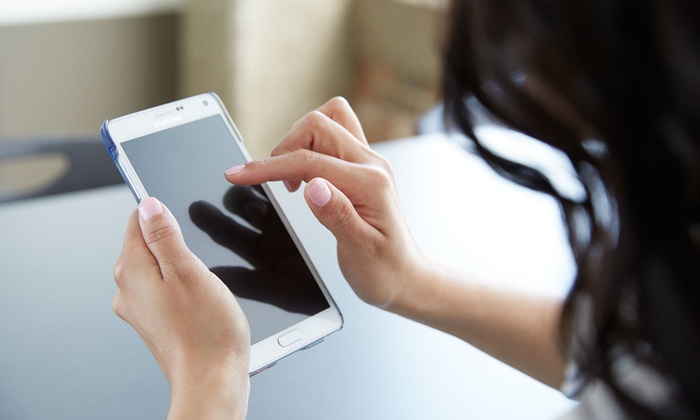