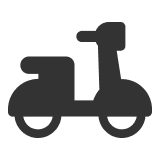 The eGift card is valid at thousands of Domino’s locations across the country and can be used whether you prefer to order in-store, online, or over the phone—there’s no app required. And because the value on the eGift card never expires, you can save it for whenever you want to eat, whether that’s tonight or in five years.

In 1960, two brothers decided to get $900 together and buy local pizzeria Domi-Nick’s in Ypsilanti, Michigan. Soon after they changed the name, one brother bowed out and many years later the company was sold. Now, more than 55 years later, the company is publicly traded on the New York Stock Exchange, with more than 12,000 Domino’s peppering the globe from New Delhi to New York. The pizza chain’s menu ranges from pizzas to pastas and boneless chicken wings, side-kicked by their bread sticks and bites, which are covered in garlic and baked to golden crispiness. With a reboot of their traditional recipe in late 2009 the brand was transformed. Domino’s offers more than 34 million ways you can craft a build-your-own pizza.

All sales final. The full value of the Domino's eGiftCard never expires. Redeemable in-store and online. Valid only in the U.S. FINAL SALE; no returns. See full terms and conditions. For questions regarding this offer, please contact Groupon. Not valid with Groupon promo codes. Limit 1 per person. May be repurchased every 90 days. Limit 1 per visit. Valid only for option purchased. Merchant is solely responsible to purchasers for the care and quality of the advertised goods and services. Offer is not eligible for our promo codes or other discounts.