Clients can receive hand sanitizer or choose from a selection of spirits, which include mahia and 100% organic rye whiskey

4.745 Ratings
4.7
Average of 45 ratings
89%
2%
2%
2%
4%
100% Verified Reviews
All reviews are from people who have redeemed deals with this merchant.
whiskey
experience
liquor
owner
K
Kenny
5 ratings2 reviews
Very nice personnel at the place when pickup
Helpful
B
Boateng
2 ratings1 reviews
Great reception from David and his wonderful wife. She gave me great directions and the hospitality was outstanding. Liquor was unique and he gave us multiple samples to try. Highly recommended.
Helpful
J
Juliotop reviewer
231 ratings26 reviews
Grabbed the bottle of Bourbon and Mahia but all the stuff is good!!
Helpful
V
Voothipongtop reviewer
17 ratings13 reviews
A bit hard to rind but they're working on improving their signage. Easily solved by calling them. Very nice couple running the business. Right turn onto Lake Ave. 55 Feet in, make another right. You'll see a bunch of trucks. Make the first right you see then drive to building C.
Helpful
V
Venustop reviewer
93 ratings49 reviews
What a gem! It’s a small distillery with history and a warm and welcoming reception for anyone who visits. I had a wonderful time with the owner who explained how they make their product and got to taste whatever I wanted. Plan to go back and spread the word as well..
Helpful
L
Leilanitop reviewer helpful reviewer
7 ratings5 reviews
Enjoyed myself a lot. Learned the nice history about Nahmias whiskey. Look forward to going to restaurant who carry it, to taste how the mix it into a beverage. Also, look forward to the grand opening coming soon! The beverages on the menu they have on the bar sound delicious and are inexpensive
Helpful
D
Diana
3 ratings2 reviews
Nahmias is located in an industrial/warehouse space (which I love) & the inside is cozy and chill. There’s a bar and the actual on site production is all there. Dorit was wonderful! We asked questions and tasted mahia and rye whiskey. It’s great to learn the story and passion behind a business. I look forward to coming back to try the “just in thyme”.
Helpful
B
Barbara
1 ratings1 reviews
Very knowledgeable, great whiskey.
Helpful
See all reviews
Earned when a user has written 5 or more reviews
Want to earn this badge? Share 3 or more photos
Earned when a user has gotten 2 or more helpful votes

Promotional value expires 120 days after purchase. Amount paid never expires. Must provide 21+ ID to receive alcoholic beverages. Shipping cost not included. Shipping to US states available for hand sanitizer. Shipping and delivery for spirits is available within NY only. Limit 8 per person. May be repurchased every 365 days. Merchant is solely responsible for all sales and delivery of alcohol. Alcohol is not discounted more than 50%. Merchant is solely responsible to purchasers for the care and quality of the advertised goods and services.

Many people have never heard of mahia. And that's understandable. The U.S.—and most of the world, really—is practically dry of this rare Moroccan brandy. In fact, Nahmias et Fils is the country's only distiller of the stuff. So what is mahia, exactly? The short answer, as provided by Nahmias et Fils: Mahia is to Morocco as tequila is to Mexico. The longer answer?

It's Moroccan. OK, so we kind of covered this already. But more specifically, the centuries-old intoxicant was the national spirit there, filling glasses at bars throughout Casablanca and beyond. Like whisky in Gaelic or aquavit in Latin, "mahia" can be translated as "water of life".

It's made from figs. And that's about it. Traditionally, mahia can be made from figs, dates, or grapes, though Nahmias exclusively uses California figs. (Five pounds in each bottle, to be exact.) The brandy is distilled entirely from them, with a bit of aniseed thrown in for good, spicy measure.

It's nostalgic. David and Dorit Nahmias, the husband-wife namesake of the distillery, use a recipe David's family developed in 1900 in the small Moroccan village of Taznakht. That recipe is precious, as the vast majority of Jewish residents left Morocco following its French occupation. As a result, production of mahia all but disappeared. Even today, it can be difficult to find there.

It's versatile. Despite the singularity of flavor "fig brandy" implies, it's actually a pretty compliant spirit. It can be used to cook with, to mix cocktails with, or simply poured over ice with a splash of citrus.

It brings people together. As David explained to NPR's All Things Considered, Jews were the principal producers of mahia in Morocco because it's a predominantly Muslim country. But there were all types eager to sip it. "I grew up with people constantly coming to our home and asking for mahia—the Jews, Muslims, even the cops... so mahia was part of the tradition of living with people, Jews and Muslims, together."

In and Around Yonkers 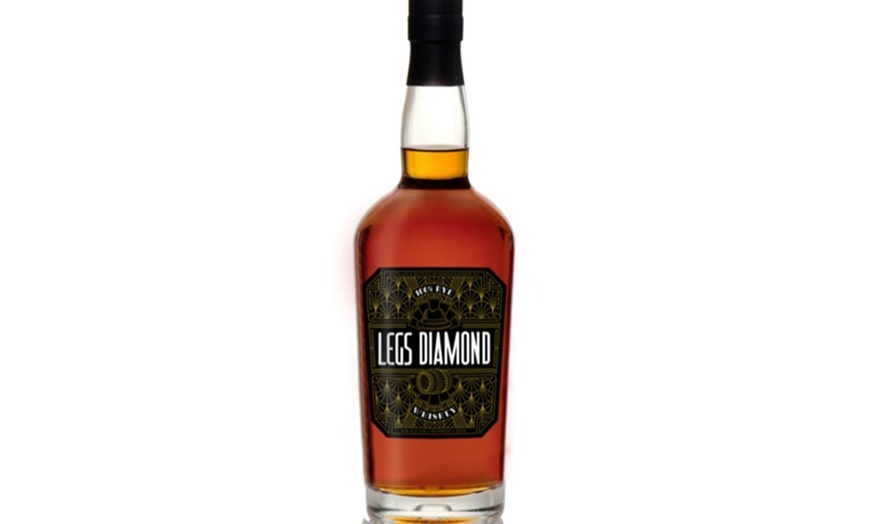