Though it is illegal for pranksters to shout about non-existent fires in a theater, shrieking after an encounter with an under-seat gum wad is permissible. Shout about what’s on stage instead with today’s deal: for $12, you get one general-admission ticket (a $25 value) to The Complete Works Of William Shakespeare (abridged) at San Diego Repertory Theatre’s Lyceum Stage Theatre, located in Horton Plaza. Choose one of the following dates and then call the box office Tuesday–Sunday from noon–6 p.m. to reserve the best available seat for one of London’s longest-running comedies:

For those who struggle to read CliffsNotes without the guidance of a Sherpa, a night of fast-paced live-action literature at San Diego REP helps keep things clear, entertaining, and to the point. With 37 of Bill’s works performed in 97 minutes, the show traverses a mind-spiking storyline full of laughs, tears, and historical nuggets. One moment you’re mourning the tragic death of yet another character, and the next you’re realizing why your 8th-grade English paper scored modest marks.

Shakespeare groupies and Old English opponents can finally unite under the ridiculous pokes and jokes from the Reduced Shakespeare Company. These well-educated stage sprinters have abridged anything from the history of Western Civilization to the answer-laden television series Lost. Toe the philistine line and fill your brainal cavities with more pages than a librarian can shake a bookmark at with this theatrical deal.

Five Yelpers give San Diego Repertory Theatre an average of 4.5 stars: > * …the rep is a great intimate place to watch a play. Every seat in the house has a great view of the stage. The orchestra is cooly located above and behing [sic] the main stage. – Geoffrey L. > * I’ve only seen a couple of plays, but the musicals have been over the top… great performances, intimate settings and the downtown vibe works. – David C.

Expiration varies. Amount paid never expires. Limit 1 per person, may buy multiple as gifts. Reservation required. Seating is first-come, first-served. No cash back. Not valid with other offers. Merchant is solely responsible to purchasers for the care and quality of the advertised goods and services. 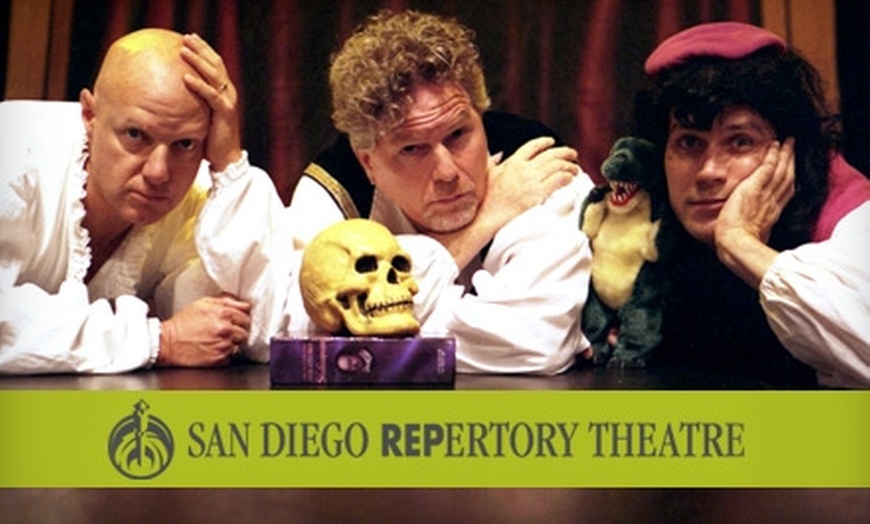