Screen Repair for iPhones or iPads at We Fix Phones & Tablets (Up to 51% Off). Seven Options Available.

4.624 ratings
4.6
Average of 24 ratings
79%
8%
4%
8%
100% Verified Reviews
All reviews are from people who have redeemed deals with this merchant.
M
Michelle
1 ratings1 reviews
Fast, friendly and so convenient!
Helpful
M
MICHELE
4 ratings1 reviews
They were great, fast and nice.
Helpful
R
Rachel
3 ratings1 reviews
They did a great job. Very friendly and fast. Highly recommend!
Helpful
A
AMS
3 ratings1 reviews
Thrilled about the price! quick to get my phone back. Be prepared to wait 2 hours. I wasn't upset about that at all I understood! Only reason I'm giving 4 instead of 5 is cos my color is slightly off of all my apps etc and my keyboard freaks out sometimes but not sure if its cos of me dropping it before or something. Would definitely go back and recommend.
Helpful
Earned when a user has written 5 or more reviews
Want to earn this badge? Share 3 or more photos
Earned when a user has gotten 2 or more helpful votes

Promotional value expires 90 days after purchase. Amount paid never expires. May be repurchased every 180 days. Appointment required. Merchant’s standard cancellation policy applies (any fees not to exceed the price paid for the voucher). Limit 1 per person, may buy 1 additional as gift. Valid only for option purchased. LCD repair not included for iPad repair options. Additional fees for premium/original glass on phone repair options. Merchant is solely responsible to purchasers for the care and quality of the advertised goods and services.

About We Fix Phones & Tablets

In and Around Valparaiso 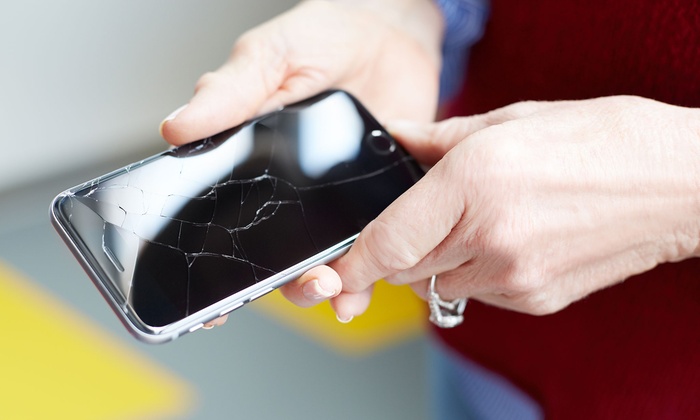 Screen Repair for iPhones or iPads at We Fix Phones & Tablets (Up to 51% Off). Seven Options Available.