5.03 Ratings
5.0
Average of 3 ratings
100%
100% Verified Reviews
All reviews are from people who have redeemed deals with this merchant. Review requests are sent by email to customers who purchased the deal.
L
Lena
7 ratings3 reviews
Its a nice convenient location
Helpful
Earned when a user has written 5 or more reviews
Want to earn this badge? Share 3 or more photos
Earned when a user has gotten 2 or more helpful votes

As practiced in ancient Chinese Medicine, acupuncture rebalances the flow of energy through the body. Whether being practiced in its traditional or western forms, acupuncture uses fine needles to target the body’s 12 meridians and redistribute energy. Patients look to these treatments for relief from pain, to stimulate weight loss, or even to cope with stress and its related symptoms.

Sports acupuncture works in much the same way as general acupuncture, but focuses on helping speed up recover from sports- and work-related injury.

In choosing which points to stimulate, your acupuncturist will be guided by a network of meridians running through the body. Begin to navigate these pathways with Groupon’s exploration of acupuncture meridians.

Like currents in the air, acupuncture meridians—as postulated by traditional Chinese medicine—are invisible paths of action in the body. Acupuncture theory holds that a person’s life force, or chi, flows along specific channels from organ to organ. When chi becomes unbalanced or blocked, health and wellness problems arise, such as digestive trouble or a bicep that looks like a creepy face when you flex. It’s the acupuncturist’s job to unblock chi by inserting thin needles into carefully chosen points along these pathways.

Twelve primary meridians flow through the body, each categorized as yin or yang (roughly defined as the passive and active forces within nature). Each meridian corresponds to a specific organ, element, and set of emotions. For instance, the lung meridian flows through the arm and is associated with yin and metal; should its flow of energy be disturbed, feelings of grief and sadness may manifest. For each condition an acupuncturist seeks to assuage, a timetable dictates when each meridian is most active and therefore easiest to treat. With so many complexities to keep in mind, it’s easy to understand why acupuncturists must undertake thousands of hours of coursework to become licensed.

So far, doctors and scientists have had little luck mapping meridians to visible anatomical structures, but some studies have uncovered overlap between ancient and modern medicine. For example, meridians tend to fall along planes between muscles, or between a muscle and bone or tendon—areas usually rich with connective tissue. A 2010 study published in PLOS One made one further connection: bands of collagenous tissue, in particular, present less opposition to the flow of electricity than other areas of the body. These bands underlie some—though not all—primary meridians, suggesting that the energy known as chi may be related in some way to the energy that zips through our power lines and singing toothbrushes.

Promotional value expires 90 days after purchase. Amount paid never expires. Appointment required. Limit 1 per person, may buy 1 additional as gift. Valid only for option purchased. Merchant is solely responsible to purchasers for the care and quality of the advertised goods and services.

In and Around Vancouver 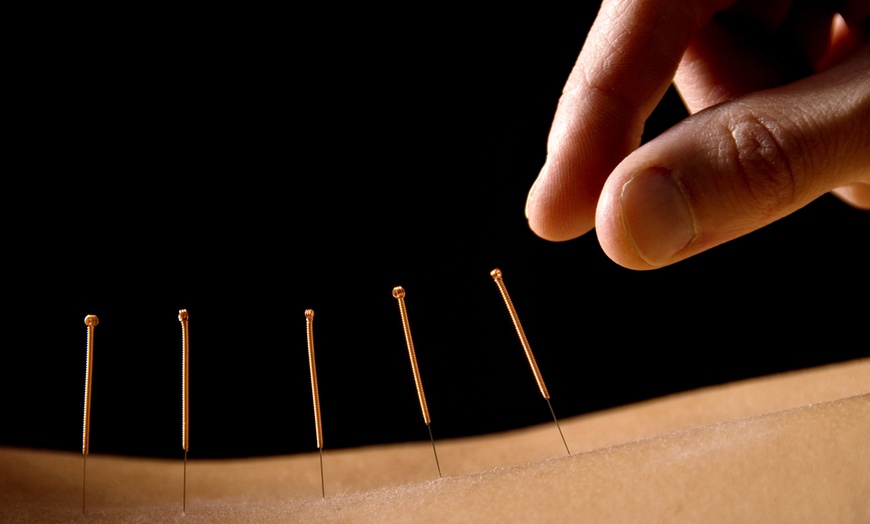