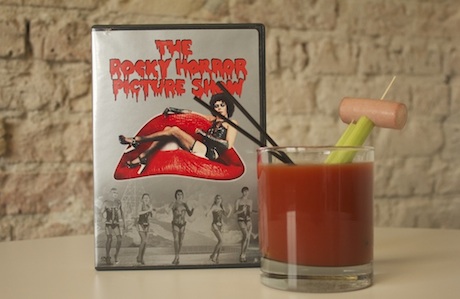 If you’ve ever been to the Music Box Theatre (3733 N. Southport Ave.), you’ve almost certainly encountered the phenomenon known as audience participation. Maybe you’ve thrusted your pelvis to The Rocky Horror Picture Show's “Time Warp” or thrown plastic spoons at the screen during The Room. If so, you’ll probably be thrilled to hear that the historical movie palace is taking its patrons’ involvement a step further. The Music Box recently announced that it will be offering film-appropriate booze pairings at a recently opened bar in the lobby. The staff are currently pouring beer and wine, but the plan is to soon debut themed cocktails. In celebration of this landmark cinematic event, we humbly suggest a few adult beverages to enjoy while watching 10 upcoming films. Some of these are already available at the bar, while others exist only in our dreams (and, hopefully, on the theater’s future drink menu). 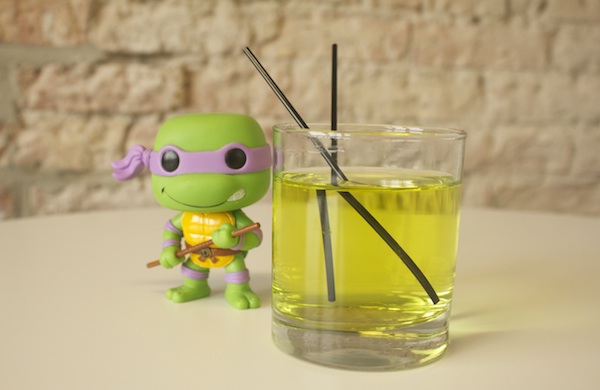 Teenage Mutant Ninja Turtles Friday, February 7, and Saturday, February 8, at midnight In the Heroes in a Half Shell’s big-screen debut, toxic waste transforms four sewer turtles into pizza-addicted crime fighters. The ooze-green Mutagen, dreamed up by The Drunken Moogle blogger Mitch Hutts, contains enough Midori and pineapple rum to make you feel like a ninja. Cowabunga. 24 Exposures Friday, February 7, through Thursday, February 13 Many Chicagoans are familiar with the work of Joe Swanberg, who pioneered the mumblecore movement and directed this twisted thriller inspired by late-night cable erotica. But fewer people are familiar with Swanberg’s musician brother, James. For years, he’s recorded a new song each day under the moniker Today’s Hits, and five of his sunny garage-pop songs even appear on the 24 Exposures soundtrack. James says he mostly drank craft beers while recording these tunes, so why not follow his lead and down a Daisy Cutter pale ale from Half Acre? The Princess Bride Friday, February 14, at 6 p.m. and 9:30 p.m. One of this fairytale romance's most memorable scenes is a battle of wits between the heroic Westley (Cary Elwes) and the treacherous Sicilian, Vizzini (Wallace Shawn). In it, the characters try to trick each other into drinking a goblet of poisoned wine. While we certainly don't want any harm to come to the theater's patrons, you and your date can replicate the scene with two glasses of 2011 Bibi Graetz Casamatta—bianco or rosso—from the bar. Like Vizzini, the wine is Italian, and you can even substitute the fictional toxin (“Iocaine powder”) with a packet of Splenda. The loser won't keel over, but they will be forced to drink a beverage ruined by sickly sweet sucralose. Casablanca Saturday, February 15, at 2 p.m. The Cross of Lorraine plays a huge role in Casablanca. It signifies several characters' loyalty to the Free French, and cinematographer Arthur Edeson even uses its silhouette to represent imprisonment. So while bourbon, champagne, whiskey, and various unnamed cocktails are the most heavily featured drinks in the film, we'd like to see the theater's bar stocked with wine from the Lorraine region of France. Côtes de Toul's vin gris would be a good place to start, as it's the area's most popular ambrosia. The Hump Tour Saturday, February 15, at 5 p.m, 8 p.m., and 11 p.m.  Let’s be perfectly clear: the Hump Tour is not a film festival about camels. It's actually a series of amateur adult movies made by people from all over the Pacific Northwest. Popular sex-advice columnist Dan Savage hosts the evening. Savage is perhaps best known for his "GGG" theory—the belief that partners should strive to be good, giving, and game. In light of that, we suggest the Music Box serve the Gin Ginger Gimlet, a cocktail engineered by Good blogger Ken Walczak. The Room Friday, February 21, at midnight Early on in this Citizen Kane of bad movies, the awkward protagonist tells his fiancée, “I don’t drink. You know that.” Curiously, this declaration of sobriety doesn’t stop him from getting sloshed with her later in the film. In the spirit of Johnny's failed abstinence from alcohol, we implore the theater to start carrying bottles of O'Doul’s. Regular and amber, please. Stranger by the Lake Opens Friday, February 21 An erotic thriller about a murderous sunbather isn’t exactly party fare, but the sweeping shots of whispering pines and glassy waters might make you long for a summer brew. Goose Island’s 312 urban wheat ale should do the trick. In any case, the beer’s cascade hops and crisp, citrusy flavors will help you get through the tense on-screen carnage. 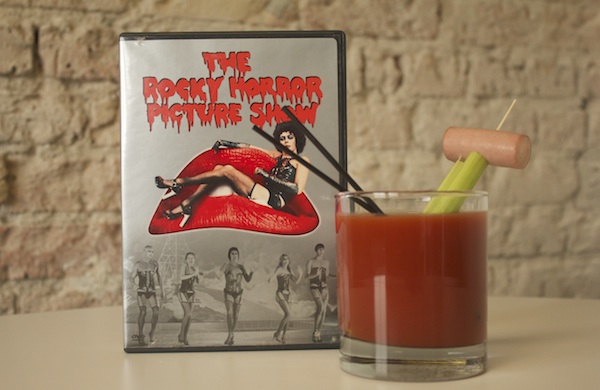 The Rocky Horror Picture Show Saturday, February 22, at midnight  A bloody mary at midnight—garnished with a frankfurter? This sounds a little weird, a little naughty, and thus totally perfect for this bizarro cult musical. In the words of the film’s freaky villain, Dr. Frank-N-Furter, “I see you shiver with antici … pation.” The Wes Anderson Anthology Friday, February 28, through Sunday, March 2 Wes Anderson’s films provides plenty of inspiration for creative beverages, what with their bold color palettes, foreign locales, and characters who just drink a lot. So you should have no problem finding numerous appropriate libations when the Music Box shows the director’s entire filmography starting February 28. Get as buzzed as Rushmore’s Max Fischer with a few whiskey and sodas, then throw back a Bailey’s comet—butterscotch schnapps, irish cream, beer, and Sambuca—in honor of the sundae ordered by Margot in The Royal Tenenbaums. For the rest of the festival: a hot toddy made with Darjeeling tea would be perfect for The Darjeeling Limited; hard cider is a huge plot device in Fantastic Mr. Fox (the Music Box's bar sells Crispin’s Blue Line); and a New Englander cocktail (Gordon’s Gin, Moxie, lime, and worcestershire sauce) pays homage to the setting of Moonrise Kingdom. Donnie Darko Friday, February 28, and Saturday, March 1, at midnight  No, you’re not just being paranoid. The number 88 does continually resurface in this sci-fi drama starring Jake Gyllenhaal. The movie takes place in 1988, for instance, and a terrifying man in a rabbit suit tells Donnie that the world will end in 28 days, 6 hours, 42 minutes, and 12 seconds. The sum of these numbers? 88. In light of this “coincidence,” we once again recommend the 2011 Bibi Graetz, which received a score of—you guessed it—88 points from Wine Spectator. Photos by Halley Lawrence.
BY:
Customer support
Help Center
Refund Policies
Report Infringement
Sell on Groupon
Join Groupons Marketplace
Run a Groupon Campaign
How does Groupon work for Merchants
Sponsor your Campaign
Affiliate Program
Vendor Code of Conduct
Company
About
Jobs
Students
Press
Investor Relations
Management Team
In Your Community
Quick Links
Treat yourself
Things to do
Coupons
Gifts for Occasions
Follow Us