Your Organs Want a Massage. Try a Yoga Class. 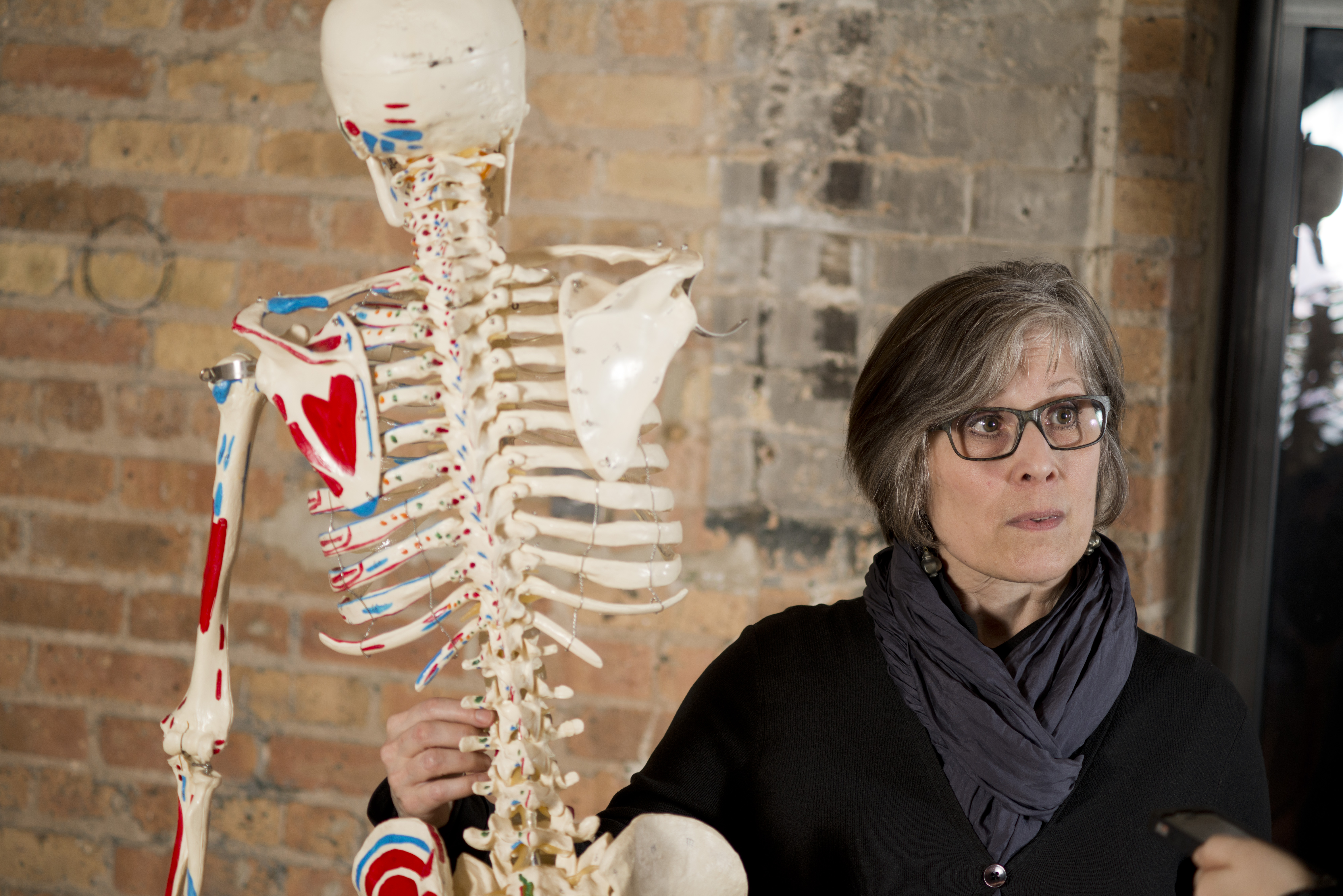 When Shanna Linn was training as a yoga teacher 15 years ago, one of her mentors suggested she take an anatomy class. “We all said, oh, yeah, that sort of makes sense,” Linn recalls.

But the anatomy classes that Linn could find covered few topics relevant to yoga practice. A class at Northwestern University, for example, dwelled on the evolution of primate versus human hands. The anatomy program at the Chicago School of Massage Therapy didn’t help much either.

“[Massage therapy] is a profession that I deeply value, but it did not tell you what you needed to know for a yoga practice, which is very, very active,” says Linn, who has since earned a professional massage certification. “You walk out of massage school, and you have no idea what muscles you use to go up and down steps.”

Unable to find a class that would complement her yoga training, Linn set out to create her own. The most recent session of her Anatomy for Yoga Teachers course wraps up next week at Chicago's Moksha Yoga Center. Here, she shares a few insights from her course to help beginner yogis better understand the practice’s effect on their bodies.

When you’re in a position often—say, hunched over a computer at work—your body tries to “help you” by laying down connective tissue that holds you there “like strapping tape,” Linn says. When too much of it builds up, it constrains the whole body, like a suit that has shrunk in the wash.

Yoga restores range of motion by shaking up the positions we’re in day-to-day. This helps stretch connective tissues that have shortened over time due to lack of use.

As you test the limits of your body’s range of motion, it’s important to keep in mind what your body is incapable of doing as well. Being aware of the different types of joints in the body can help out with this, Linn says.

For instance, one of the most misunderstood joints is the spine. In sinovial joints like the knee and elbow, the bones don’t actually touch; the small space between them is filled with fluid that helps them move smoothly and freely. By contrast, the vertebrae in the spine are only slightly mobile—Linn asks her students to imagine “a broomstick that’s been cut apart and glued back together.” Too much twisting can put pressure on that glue, causing slipped or herniated disks. This is especially true of the lower back, which can’t twist at all.

It would be great if we were all capable of deep, human-pretzel-like twists. But it’s important to pay attention to pain signals from the body, and limit motion when necessary. “If you think about a cat or dog, they will typically not [move] beyond their tolerance,” Linn says. “For us, because we can do decision-based behavior, we can override the logic […] of our own body.”

Most structures in our bodies evolved when humans were four-legged creatures, and had to adapt when our ape ancestors started to walk upright. The spine, for instance, isn’t really designed to support the torso’s full weight; in a four-legged animal, it hangs horizontally and acts like “a suspension bridge,” able to swing freely from side to side.

Our two-legged lifestyle has had an impact on our internal organs as well. The vertical stacking of human organs—which Linn compares to “10 sandbags and four water balloons”—keeps them more sedentary than they should be. “Organs love to be massaged and jostled in little ways,” she says. “They don’t want to be stuck on top of each other and never moving.” Twisting yoga poses can help solve this problem by literally wringing out the internal organs like washcloths. Besides feeling good, the pressure also helps squeeze out built-up toxins.

Not all anatomy lessons revolve around muscle diagrams and model skeletons. Some of the most important concepts in Linn’s class have to do with an invisible subject: air.

“Breath is the connection to the nervous system,” she says. “Change the way you’re breathing, change your mind.” Because our bodies have no capability to store oxygen, we feel the effects of even a tiny increase in our supply. Just a few minutes of deeper, more conscious breathing can bring increased calm and focus. That calm, in turn, helps release muscular tension, increasing range of motion so students can move into deeper poses. It’s a chain reaction powerful enough to make or break a yoga practice.

Mental clarity, after all, is the ultimate goal. “We do the body part to get us comfortable enough that we can sit, and then we do the breath work so […] the mind becomes still,” Linn says. That stillness—not bending yourself into a perfect circle—is the point of going to yoga class.