Hockey teams are often named after intimidating natural phenomena, such as the Tampa Bay Lightning, the Colorado Avalanche, and the Tuscaloosa Puberty. Experience the fury with today’s deal: for $110, you get an outing for one to a Chicago Blackhawks hockey game at the United Center (up to a $275 total value, including taxes). The outing includes:

Choose from the following games:

Groupon users must email National Event Partners at least 48 hours in advance of their purchased game to redeem.

The Chicago Blackhawks excite fans and frustrate opponents with their precise shooting, nimble skating, and clever dekes. Today’s deal ushers fans to 300-level seats, where they can catch stray pucks and hopelessly lost penguins as they cheer the team along to surpassing its formidable record of success. Last season, center Jonathan Toews led the squad with eight game-winning goals and set a personal record with 32 goals and 44 assists over 80 regular-season games, building upon his already considerable reputation as the fastest igloo builder in the NHL.

Thanks to the party-planning prowess of National Event Partners, voucher holders score admission to a pregame Blackhawks celebration at Galleria Marchetti. Starting 90 minutes before the game, guests can imbibe premium liquors and select craft brews at an open bar and graze on a buffet that typically includes items such as sliders, salads, pasta, and prime rib carved in the shape of a sieve. A band gets fans in the mood to cheer with a rousing live set, and high-end shuttles will whisk fans to the United Center before the puck drops. After an all-you-can-cheer-at display of slapshots and fisticuffs, the same shuttles will whisk fans back to the bar.

Expiration varies. Amount paid never expires. Limit 8/person. Valid only for date purchd. Reserve starting 10/19 by email. Reservation reqd 48hr in advance. Must show valid ID matching name on voucher at Galleria Marchetti. Must provide first & last name at checkout, which will be provided to Galleria Marchetti. Refundable only on day of purchase. Must redeem together to sit together. Discount reflects National Event Partners' current ticket prices-price may differ day of event. Merchant is solely responsible to purchasers for the care and quality of the advertised goods and services. 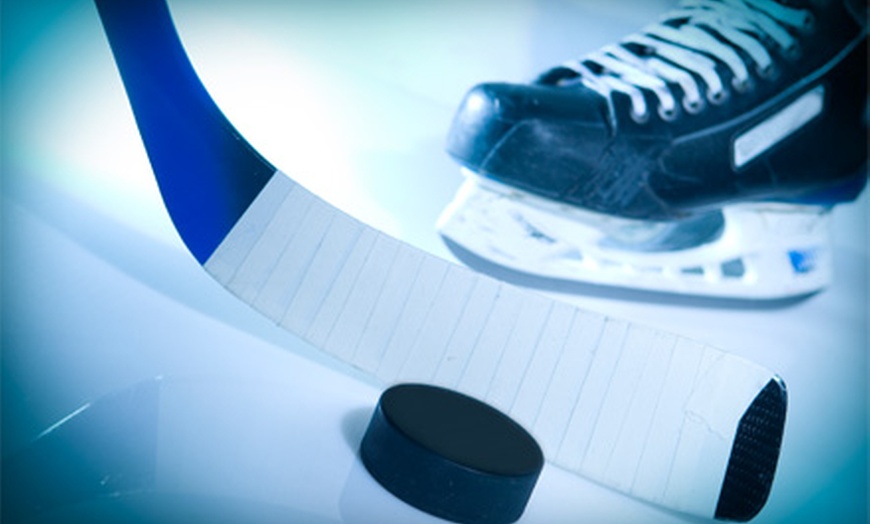