Online Classes from Alison McBryde Casting (Up to 72% Off). Six Options Available.

Helping actors to develop and apply their skills and training for more professional, creative, and successful auditions.

4.69 Groupon Ratings
4.6
Average of 9 ratings
89%
11%
100% Verified Reviews
All Groupon reviews are from people who have redeemed deals with this merchant. Review requests are sent by email to customers who purchased the deal.
S
Shavette
8 ratings5 reviews
Alison gives great feedback for beginner and advanced actors in any stage of their career.
Helpful
B
beth
35 ratings27 reviews8 photos
She was very upfront and real. There was no sales tactics that often come with some classes. She used the time wisely and kept the groups attention. Great class for women in the industry. Very motivating
Helpful
J
Joyce
6 ratings5 reviews
She gave really good, specific advice.
Helpful
G
Guest
1 ratings1 reviews
allyson is fabulous as a person and a casting director.
Helpful
L
Lloyd
1 ratings1 reviews
A lot of information and Alison makes it clear to understand. Wish I knew a lot of this before I started shooting my own auditions.
Helpful
See all reviews
Earned when a user has written 5 or more reviews
Want to earn this badge? Share 3 or more photos
Earned when a user has gotten 2 or more helpful votes

Promotional value expires 180 days after purchase. Amount paid never expires. Must be 18 or older. Reservation required. Registration required. Visit website or contact Kendall Robbins at castingall@yahoo.com for schedule. Merchant's standard cancellation policy applies (any fees not to exceed voucher price). Limit 4 per person. May be repurchased every 365 days. Valid only for option purchased. All goods or services must be used by the same person. Merchant is solely responsible to purchasers for the care and quality of the advertised goods and services. Learn about Strike-Through Pricing and Savings

About A Chat with Alison McBryde Casting

What services does your business offer and what makes your business stand out from the competition? Lectures, Workshops, and Coaching focussing on all aspects of the audition process, career development and the creative and professional goals of the actor.

Do you provide any materials? What should your students expect to bring? Actors should have a notebook and pens for note-taking. For Workshops and Private Coaching, sides will be provided though actors are encouraged to bring their own sides as well, especially if they are preparing for an audition or role.

What was the inspiration to start or run this business? I want to see actors do their best at each audition. As the self-taped audition has become a more common method of auditioning, I have noticed that actors are often making technical and creative decisions that can hurt them in the casting process. In casting sessions I see talented actors who, because of weak choices, nervous habits, lack of direction, etc., do not get the callback or role. There is rarely time to work thoroughly with actors in auditions, so I began teaching and coaching.

What do you love most about your job? I’ve been a Casting Director for over 20 years and love my job when, during a session, an actor creates a character so true and compelling that I forget, even briefly, I am in an office. I know in that moment that this actor has the potential to transport an audience to the world of the script when they are on stage or screen.

About the Instructor: Alison McBryde has been teaching and coaching for over 15 years. Her current and past students have had leads and featured roles in numerous movies including "Lee Daniel's The Butler," "Silver Linings Playbook," "Steve Jobs," "The Lovely Bones," and "Miami Vice." They have appeared as series regulars, recurring and guest-starring roles in television series, which include: "Blue Bloods," "Turn: Washington's Spies," "Gotham," "Grey's Anatomy," "The Blacklist," and "Law & Order: SVU." She has over 20 years of experience in casting; you may view her film and television credits on IMBD. 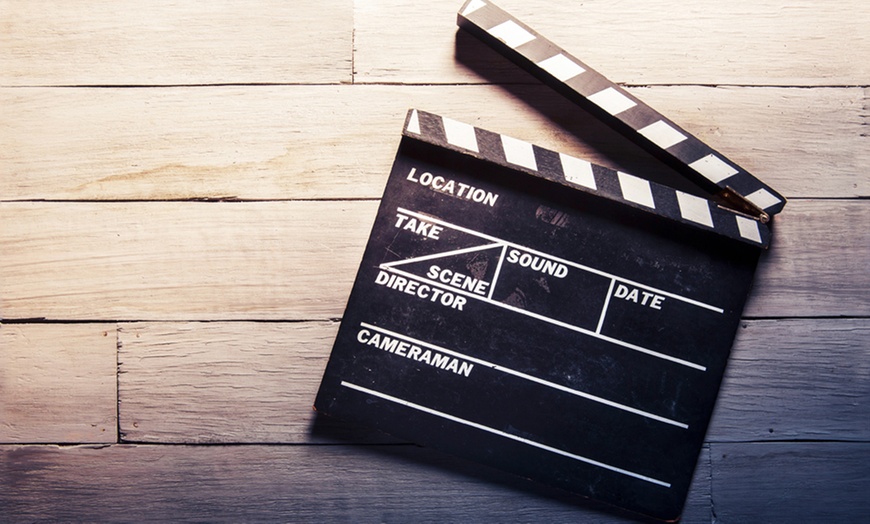 Online Classes from Alison McBryde Casting (Up to 72% Off). Six Options Available.

100% Verified Reviews
All Groupon reviews are from people who have redeemed deals with this merchant. Review requests are sent by email to customers who purchased the deal.
Grouber