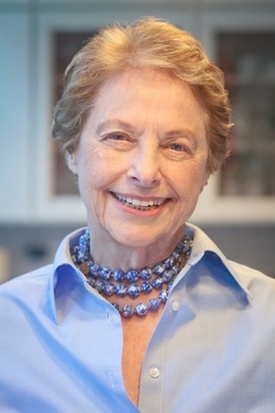 Renowned food critic Mimi Sheraton didn’t start out reviewing restaurants—her first writing job had her covering home furnishings for an ad agency. Food, however, soon became her foremost passion, and she changed her focus to suit her palate. It was a smart move: Sheraton has since worked an eight-year stint as a food critic for the New York Times, reported for Time magazine, and written for Vogue, Harper's Bazaar, and Esquire, among many other publications.

Jumping from one restaurant to the next means that Sheraton is always embracing change. Of course, the food industry thrives on change as well, a fact that seemed to underpin our phone conversation: we discussed how organ meats have quickly “gone mainstream,” and how Patagonian toothfish only found popularity when it was billed as Chilean sea bass.

You won't find this kind of marketing misdirection in Sheraton's new book. Named 1,000 Foods to Eat Before You Die, it's a globe-spanning celebration of cuisines both celebrated and unknown, highbrow and simple. To learn more about her gustatory travels, we spoke with Sheraton about the dishes she chose to highlight and the culinary world at large.

GROUPON: Among the 1,000 selections for your book, are there a small handful that shine exceptionally bright to you?

MIMI SHERATON: Well, I didn’t pick only things I liked. I picked some that were bizarre, that even I would like to learn more about, but that show a bit about what the world eats. Of course I have some favorites … The first two I wrote down when I started to make the list were frozen Milky Way and caviar. And those are both things I love. 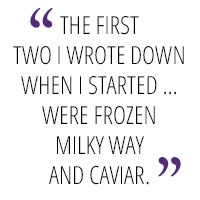 G: What would you say is the most exotic thing you've eaten?

MS: Well, I didn't know what it was at first. There were just slivers of very tough meat in the soup. It didn't retain its normal shape … I asked what it was and that’s what I was told. But also, in the night-food markets in China and Beijing and Shilin I had frog from a stick, I had locusts, I had silk worms, all grilled over charcoal. So those are a lot of the unusual things I've eaten.

G: I saw you also recommend some pigeon dishes. Do you think that pigeon could catch on in the U.S., or would that be a really tough sell?

MS: [laughs] Well, squab is very popular here, and that's what it is! You know, the restaurants that serve them don't go out and catch them.

MS: They have squab pigeons raised for eating. I don’t know why it should bother people more than any other bird. And you know, there are a lot of restaurants now [serving squab]. They're very well prepared at North End Grill. The chef there does a terrific job with them, and in fact it was recommended in a recent review of that restaurant in the New York Times. 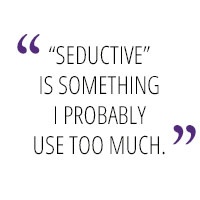 G: Well, I’ve never tried it, but now I know that I should. Time for a broad question: of all the meals you've eaten, what do you think has been the ratio of great meals to not-great meals?

MS: I would say the great meals could be two out of maybe seven … And of course I know where to go for great meals, but I try to go to new places. Then I don’t know if they're going to be great before I've had them.

G: In a piece for Smithsonian, you describe truffles as having a "vaguely evil aroma.” Do you have any favorite niche words in your vocabulary to talk about food?

MS: I suppose I do. But I don’t set out to use them. I think perhaps they just come to me. I've noticed in reading the book, "seductive" is something I probably use too much. Of a "seductive" flavor or texture. And "evil" and "earthy," certain foods that are … just a little bit funky-tasting. So I suppose those are the words I go to, although I don't have a list of my particular vocabulary … I ought to [make a list] and then never use them again. That would be the test. 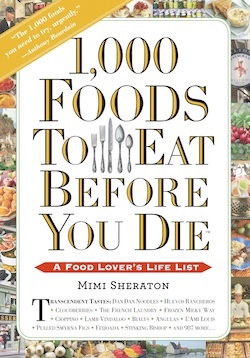 G: In your many years as a critic, how did you adapt to handle chefs who get angry about the reviews they perceive as unfair?

MS: I don't handle them at all. They blow off steam and that’s all there is to it. If they're sensible they won't make a big public fuss. I've always said, a chef or a restaurant is foolish to make a big fuss. Because suddenly, you know, thousands of people who haven't read the original review suddenly hear about it. So, if [the restaurants] were smart, they would first see if there's anything valid in [the review] that indicates they might want to change something. And in any case, be quiet about it and let it blow over, rather than make a cause célèbre that tells 5,000 more people about the whole thing.

G: Absolutely. Do you have any particular stories about times where a chef's reaction to your review was overblown?

This interview has been edited. Images courtesy of Workman Publishing.

Learn more about cuisines from around the world:

Nine African Dishes Not to Miss

What Makes Malaysian Food So Malaysian