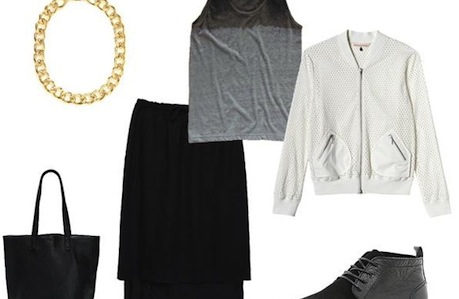 In her first-ever American film, Morocco (1930), Marlene Dietrich made quite the Hollywood debut. She donned a tuxedo, puffed cigarettes, and kissed a girl—acts considered revolutionary given the rigid gender norms of the time. But offscreen, the blurring of gender lines had been occurring in fashion for some time. In the 19th century, the dandyism movement found men shaping their silhouettes with corsets and skirted jackets; in turn, the flappers of the 1920s rejected traditionally feminine styles in favor of loose clothing and bobbed hair. In the decades since, the androgynous movement has steadily gained momentum, with contemporary stars such as Ellen DeGeneres, Angelina Jolie, and Celine Dion cementing the tuxedo as a red-carpet look for women. Androgyny has also become a runway staple, strengthening its foothold thanks to the popularity of models such as Andreja Pejić, a transgender woman, and Casey Legler, a woman who predominately models menswear. With them in mind, we’ve created two different looks, one for women who favor a more masculine silhouette and one that can be worn by anyone. 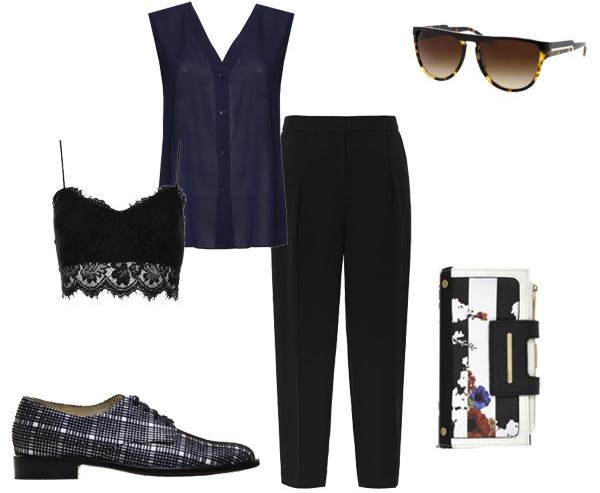 The Look: Menswear for Women Sheer top, Alice and Olivia ($60.50 on sale); cropped trousers, Reiss ($230); lace bralette, Nordstrom ($44); patterned brogues, Stylebop ($195.90); sunglasses, ideeli ($79.99); floral wallet clutch, River Island ($34) A beginner’s take on the trend, this ensemble balances cropped trousers and patterned oxfords with a simple, sheer top in a rather masculine silhouette. The lace bralette and floral wallet retain a bit of feminine spirit; for more, simply swap in a pair of stilettos. 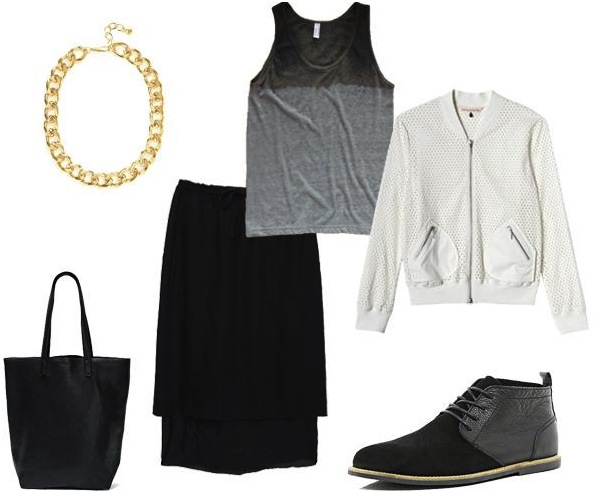 The Look: For Him or Her Tank top, Original Tomboy ($35); layered skirt, La Garçonne ($407); laser-cut bomber jacket, Rebecca Taylor ($356 on sale); leather tote, Baggu ($160); desert boots, River Island ($100); gold chain, Bauble Bar ($32) The unisex tank and men’s boots give this look a much more masculine vibe. But even the womenswear pieces maintain gender neutrality thanks to athletic details: the bomber jacket has jersey-like perforations, and the layered skirt has a drawstring waist that will adjust to fit almost any frame.
BY:
Grouber