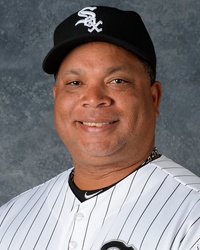 Baseball, even when played at its highest level, is a deceptively simple sport. “The name of the game is to score runs,” explained Chicago White Sox hitting coach Todd Steverson (right) toward the beginning of our interview, and I couldn’t help but think: If only it were that easy. So, I pressed Steverson to break down his top batting tips for someone who doesn’t step up to the plate for a living.

Incidentally, he also offered some fascinating observations about baseball's best power hitters—the Greenbergs and the Gehrigs—and the special skills that help them swing for the fences.

Focus on Your Plate Recognition—Not Your Swing

If you’ve ever been made fun of for your—let’s call it unorthodox—swing, Steverson has some good news for you. “At some point, everybody develops a swing that they’re going to have pretty much for the rest of their life,” but your swing alone won’t prevent you from blossoming into a decent slugger.

“Recognition is one of the bigger things in our game—recognition of a strike or a ball,” Steverson explains. Knowing when to swing is exponentially more important than tweaking how you swing. “It’s all about being able to recognize the pitch and make a good decision on it,” so focus on that first and foremost. 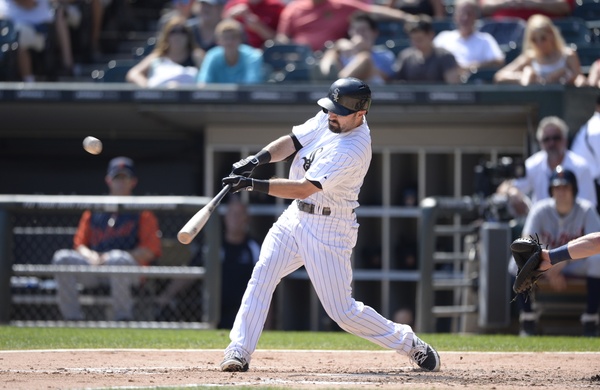 Don’t Step Away from the Strike Zone

Steverson managed in the minors for four years and conducted a mini camp for White Sox prospects in 2014, so he’s familiar with the shortfalls of young and inexperienced players. “A lot of young players tend to step away from the pitcher,” he laments. “You want to step straight or slightly across [the plate], because that’s where everything happens.”

For example, if you’re right-handed and stepping toward the shortstop during your swinging motion, the ball will be too far away to get a good swing on it. “You’ve got to learn how to get square to the plate and pack the strike zone instead of stepping away from it.” 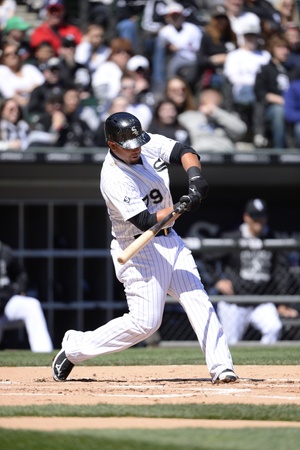 When I asked Steverson what kind of workouts help with hitting home runs, I could almost hear him sigh. “Power is kind of a gift, and not everybody’s got it. There’s nothing really specific that improves your power—you are who you are.”

But what, exactly, is this so-called “gift” that power hitters possess? “Exceptional hands. Hands and angles,” Steverson explains. “Power hitters sort of lean into the baseball and put a lot of torque into their swings.”

Before you pour one out for your power-hitting career, Steverson has some advice. However far you can hit the ball, the trick is to make contact with it in the first place. “I would say that 99% of power hitters don’t swing for home runs,” he explains. “They know they have the ability to do it, but it’s all about executing the swing on the right pitch. When guys do try to hit home runs, it normally doesn’t work out for them.”

Let’s return, for a moment, to that earlier tip about plate recognition. Just because you can’t swing for the fences, there’s nothing stopping you from having a great at-bat. Hitting a nice single or even taking a walk are crucial plays in baseball, and somebody has to master them.

“If the guy doesn’t throw any strikes and you take a walk, you give everybody an opportunity to score some runs.” So stop focusing on the outfield scoreboard and start paying more attention to that weird mole on the pitcher’s throwing hand. 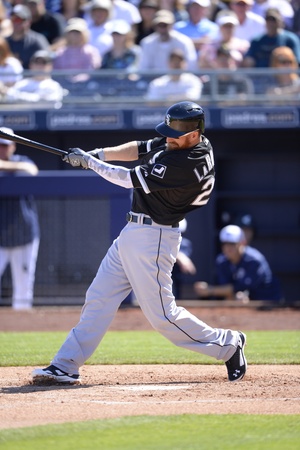 Baseball might be the only sport in which you can fail more than half the time and still be considered a success. Take that to heart, and remember that enough repetition can help you see the play before it even happens.

“People discount the eyes a lot,” Steverson says, “but the eyes are one of the biggest keys to this whole thing. They send a message to the brain that tells you to shut it down or to keep it going,” and their timing gets better with practice. And timing is everything. After all, you only have 0.4 seconds to make a decision.

Collin is a senior editor and a staff writer for Consequence of Sound. He self-publishes zines and moderates writing workshops for The Chicago Publishers Resource Center (CHI PRC).