Art Smith is an international ambassador for fried chicken. Or, as he puts it, he might make the “most well-traveled fried chicken in the world.” The born-and-raised Southerner has fried drumsticks across the globe at high-profile events like the opening of Oprah’s South African school. (That gig was no stroke of luck—before opening his Chicago restaurant, Table Fifty-Two, Smith was Oprah’s personal chef.)

And Smith is about to take his fryer to yet another country: Italy. He’s running a two-day pop-up restaurant at the Milan World’s Fair.

Below are highlights from our chat about Southern cooking with the two-time James Beard Award winner.

The Dos and Don’ts of Fried Chicken

Pro. He especially appreciates how much the Southern chain has perfected its namesake food. “I love the simplest [waffles] that they make.”

Overall, “they’re very affordable, and they’re open all different times,” Smith said. "It’s interesting—there’s not even a fryer in those places. It’s just basically a grill and a waffle iron.”

The Southern Dish the South Deserves More Credit For

Layer cake. “I’m not 100% confident, but I believe the idea of the layer cake, multi-layers of cake, is a Southern [one]." 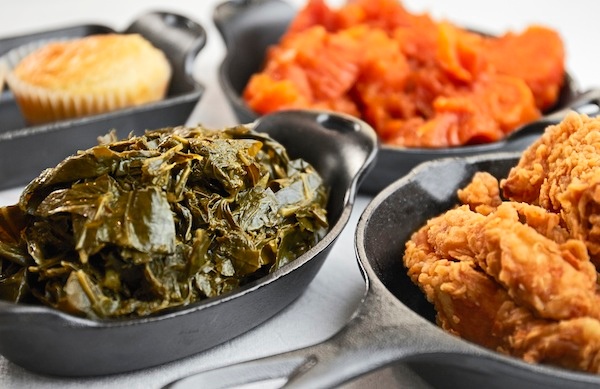 The laureate would be Dr. Wangari Maathai, a Kenyan professor, environmental activist, and recipient of the Nobel Peace Prize. “Her whole mission was to plant trees,” Smith recalled; she hoped to help restore Kenya’s ecosystems. A starstruck Smith made brunch for her and Oprah, back when he was Oprah’s chef.

Southern brunch always has a sweet dish, so he made a fresh berry cobbler—a dish Maathai had never tried before. “I said, ‘Professor, where I’m from, we always have dessert for breakfast.’ She says, ‘Well, I want to go there.’ So that was charming, and I still remember that.”