Five Things They Don’t Tell You About Bikram Yoga 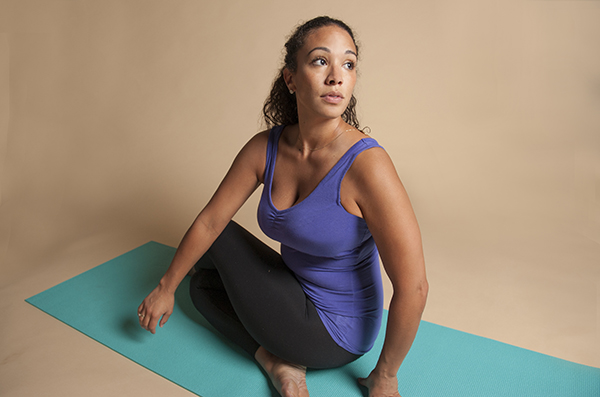 When I walked into the studio at 105F, a Bikram yoga studio in Chicago's Lincoln Park neighborhood, the heat hit me like a wall. It was 6 o’clock in the morning, and I was trying not to think about the last time I had done hot yoga. (I had been in Tucson, and I had almost passed out.)

This time, though, I had my boyfriend with me for support, and we were determined to get through our first-ever Bikram class. In fact, it was his idea to check out this style of hot yoga, which runs for 90 minutes in temperatures of more than 100 degrees.

We set down our mats in the back of the room so that we wouldn’t feel too embarrassed if we messed up. The instructor took her place at the front, and told our class of about 15 people that if we ever felt dizzy or nauseous, we could always lie down. I told myself that I would power through every pose, no matter how tired I got.

As it turned out, that was the wrong way to think. Here are five things I learned while I sweated like a pig in a sauna during my Bikram yoga experience.

1. It might actually feel good—which means you should be careful!

Once my body got used to the heat, I felt extra loose and bendy. I knew that I could stretch in ways that I wouldn’t be able to normally, and it was amazing! But I had to be careful not to push my muscles too hard (and possibly injure myself!) just because I had some new wiggle room. I probably should have dialed my stretches down a little, because I was pretty sore the next day.

2. You will struggle to keep your eyes open.

Once we had done each standing pose twice, we began the sitting and lying poses. Our instructor told us to keep our eyes open the entire time so that we would remain present in our practice. Every time my head hit the mat, though, I just wanted to melt into it and snooze. I hadn’t expected staying awake to be so difficult! (Predictably, I slept like a baby that night.) 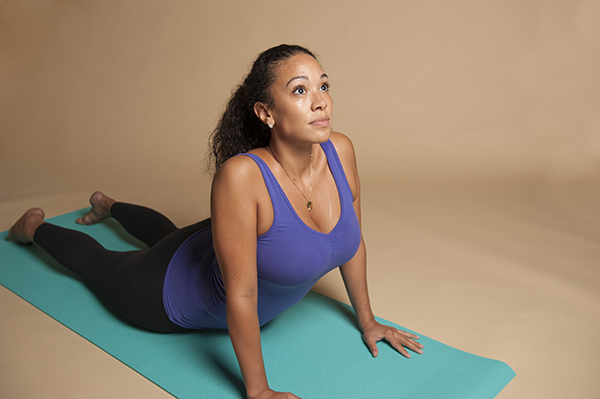 3. You might get schooled by someone old enough to be your grandparent. Then again, you might outlast your boyfriend.

As I wobbled my way through the poses, I noticed a woman in front of me who had to be well into her 80s. She was back-bending and sweating like crazy—and she was killing it. I’m 29, and I was having trouble not vomiting.

About an hour into the class, however, it was my very athletic boyfriend who admitted defeat. He left me on my mat to go sit on the couch outside. (When I joined him later, he congratulated me on making us look good as a team.)

At that first class, I accomplished my goal: I didn’t skip any poses. But when I went back to 105F a week later, the 90 minutes felt even more brutal! I had to lie down about seven or eight times! Afterward, I spoke to the instructor, who said that all kinds of factors have an effect on the difficulty of your yoga practice. You might be slightly more dehydrated one day, or simply stressed out and less able to focus.

I also spoke to the same older woman from my first class. She told me that she’s been doing Bikram for 10 years, and that her body reacts in a different way every time. I guess it’s always a learning experience, even if it’s a huge part of your lifestyle!

5. You have to prep your brain more than your body.

This was the most important lesson to come out of my Bikram classes. When I went into that first one, I wasn’t in the right mental space. My boyfriend and I are both competitive, so we kept worrying about sticking it out and impressing the people around us.

Eventually, I realized that you shouldn’t ever be in a 105-degree heated room trying to outdo someone else (although some yogis do compete in national and international yoga championships). Yoga is a process, and the end goal isn’t winning—it’s being present.

There was another woman in my class who, before we started, said that she’d be trying poses for the first time today. It was her 30th class, and she had never done any of the poses before! She did a few of them while I was there, and the rest of the time, she just relaxed and breathed. I was inspired by her. She had set a personal goal and met it, without comparing herself to others. When I go back, I’m going to try to do the same.