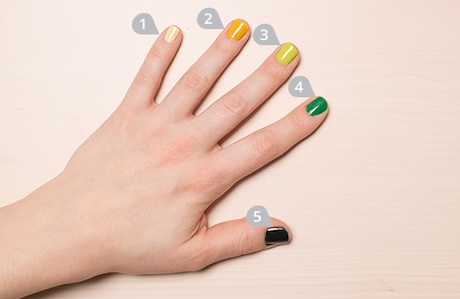 True, some yellow and green polishes look like something you’d find floating in a bog. But they can also look like shamrocks, Big Bird, or The West Wing’s Donna Moss. When I was finally old enough to pick out makeup beyond Dr. Pepper–flavored Lip Smackers, my mom guided me through the Walgreens cosmetics aisle, helping me choose subtle shades of lipstick and modest tubes of concealer. While she begrudgingly agreed to let me bring home 1999’s hottest nail-polish shade (metallic navy blue), she made a sweeping comment about the yellow and green polishes that I’ve never been able to shake: “Those colors make your nails look like they have a fungus.” Her words still echo through my head every time I browse the nail-polish aisle—although I did manage to block out her voice long enough to try the mint and seafoam-green polish trends (I still love them). But whenever I spot non-minty greens and yellows of any kind on the shelves, I’m baffled. Who wears them? Of course, no color is without a gross association—red is a classic manicure color, but it’s also the color of blood, an F on a school paper, or an F on a school paper written in blood. With that in mind, I decided to give yellow and green nail polishes a fair shake. Below, I analyzed five shades and tried to pinpoint exactly what they reminded me of, fungus or otherwise. 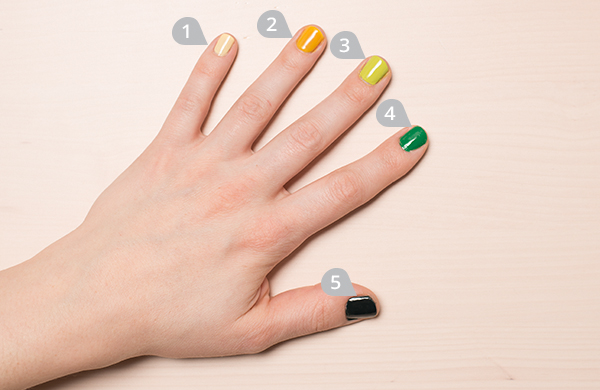