Get 1920s Drunk on the Anniversary of Prohibition 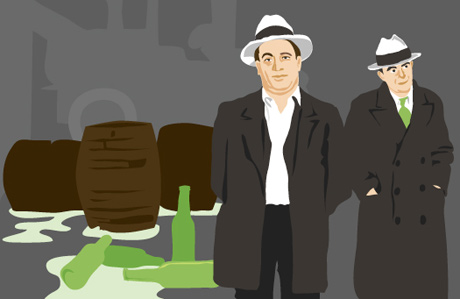 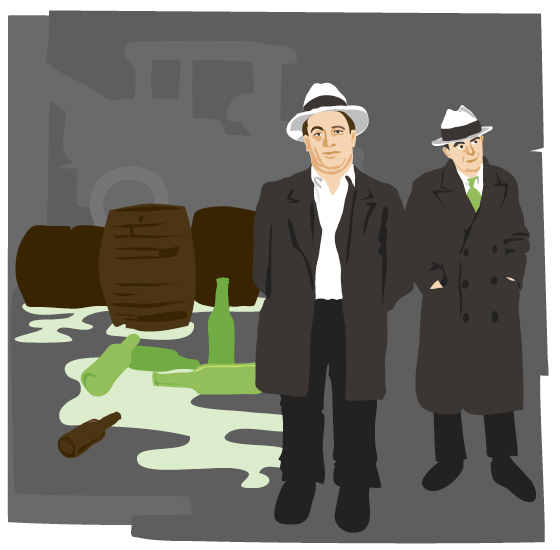 On October 28, 1919, Congress passed the Volstead Act—better known as the National Prohibition Act—to define and enforce the ban on “intoxicating liquors” set forth in the 18th Amendment. But instead of drying out the way the legislation hoped it would, the nation largely remained sauced. The manufacture and sale of alcohol took to the underground, flowing in backrooms and basements under the supervision of bootleggers and gangsters. These speakeasies, most of them with seemingly law-abiding fronts, popped up throughout the country, undermining the Volstead Act until the 21st Amendment repealed it in December 1933. In honor of the rise and fall of Prohibition and the brave bartenders who kept the booze and beer flowing throughout, we’ve created an itinerary that takes you through the underground watering holes of yesteryear. 3 p.m.: Jazz, Blues, and Fashion at the Chicago History Museum (1601 N. Clark St.) Before stepping into a historic bar, it's best to step back into history itself. At the Chicago History Museum, visitors navigate the Prohibition era by listening to its music at an onsite jazz and blues club and exploring flapper fashion in a vintage Marshall Field’s window. Elsewhere, curiosities shed light on some of the period’s more colorful anecdotes, such as the time elephants marched on Soldier Field in 1927. 6 p.m.: Dinner at Marge's Still (1758 N. Sedgwick St.) One of the oldest continously run taverns in Chicago, Marge's Still has been serving drinks from the center of the Old Town Triangle since 1885, barely batting an eye when the 18th Amendment was ratified. Instead of shutting down, Marge’s began distilling bathtub gin on the second floor, which patrons could drink after descending into the basement through a side staircase. Nowadays, the clatter of pinball machines and the vaudeville piano tunes that rang throughout the windowless drinking hole have silenced. In their stead stands a decadent restaurant that serves duck l’orange and baby back ribs from the eatery’s most massive link to the past: an antique wooden bar. 8 p.m.: Drinks and Comedy at The Green Door Tavern (678 N. Orleans St.) Erected in 1872, when ash from the Great Chicago Fire still hung in the air, The Green Door Tavern (stationed three blocks from the Chicago Brown Line stop) has been leaning just a bit for more than a century. At the height of Prohibition, the slightly lopsided building took its name from its entrance—a green door being the sign that a speakeasy lay inside. Today, that same door remains green, but the beer flows freely amid vintage signs, stoplights, and the Speakeasy Stage. There, the Speakeasy Improv Players debut their 11th season on Friday, November 1, at 8:30 p.m. They perform the first Friday of every month through May, weaving comedic scenes with musical numbers based on audience suggestions and played by a live piano player. 11 p.m.: More Drinks and Music at The Hangge-Uppe (14 W. Elm St.) Two blocks east and one block south of the Clark/Division Red Line stop stands another testament to the Volstead Act’s denouement—one that doesn’t want to let the past go. According to the Chicago Bar Project, The Hangge-Uppe's downstairs bar, where illegal drinks once flowed, is haunted by the ghost of a woman who was murdered there in the 1920s. The staff tells stories of the bathroom mysteriously flooding, the sound of shattered glass that’s never found, and the apparition herself drifting throughout the space wearing a wide-brimmed hat. Upstairs, away from lingering specters, an all-request DJ and a dance floor anchor a kitschy rock ‘n’ roll atmosphere. Memorabilia, such as giant guitars and photos of musicians, covers the walls and ceiling, adding a modern touch to this former speakeasy. 1 a.m.: The Homestretch at The Chipp Inn (832 N. Greenview Ave.) Out of all the bars in our itinerary, the lovingly weathered Chipp Inn has the strongest aesthetic connection to the past. A wooden floor that’s seen better days matches a room-length bar with high-backed stools. Above, a gold-painted ceiling dimly glows with vintage light fixtures and hazy neon colors from the beer signs in the window. For entertainment, jazz nights hark back to the 1920s, whereas karaoke nights remind you that it’s 2013. If you stop back in February, you can see the annual event that helped make this former speakeasy one of Esquire magazine’s Best Bars: an adult spelling bee, where the contestants are loaded up with what the Volstead Act tried to ban. Illustration: © Greyory Blake, Groupon
BY:
Grouber