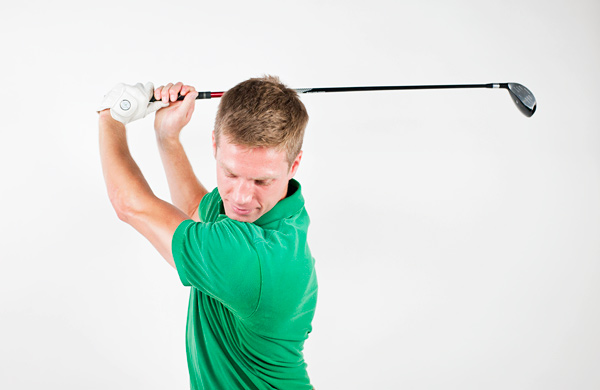 Golf pro Gil Davis didn't start playing golf until he was 21, but he didn’t let a late start temper his ambition. Instead, he set his sights on qualifying for the 2002 US Open—a lofty goal for anyone, let alone someone who just started playing in 1995—and began to build his swing. For the next four years, Gil hit 3,000–4,000 golf balls a day, five days a week (for a frame of reference, PGA champion Vijay Singh reportedly hits around 2,000 balls a day). Though the US Open berth eluded him, the work paid off in other ways: his coach urged him to turn pro, and he’s been teaching golf ever since. From the driving range at Chicago's Marquette Park, Gil passed on some of his best advice for building an effective golf swing, which we broke down into five tips any golfer can use. 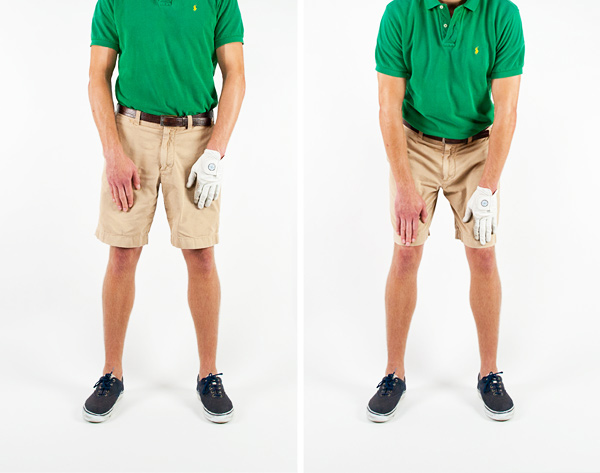 Do the Stance Dance

Gil calls setup fundamentals—that is, grip, posture and stance, ball position, and alignment—the most critical aspects of the golf swing. "If one of those fundamentals is off, right off the bat, you have to manipulate the clubhead on impact to make the ball go where you want it to go," Gil says. It all starts with posture and stance, which Gil teaches with a very simple method: stand with your feet shoulder-width apart and place your palms flat on your thighs. While keeping your back straight, slide your hands down until your fingertips touch just above your kneecaps. This should cause you to flex your knees and stick out your rump ever so slightly. Put a club in your hands and voila, you've found the right posture and stance. 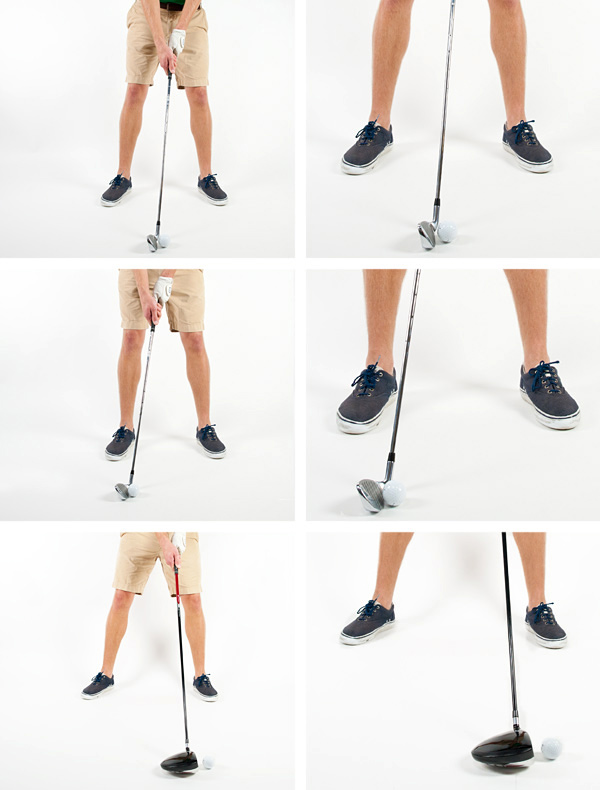 Position the Ball Based on the Club You're Hitting

Ball positioning refers to the ball’s location on an imaginary line that runs parallel to your feet. The length of the club determines the distance between you and this line: you’ll stand farther away from the ball when hitting a 45” driver than when you’re holding a 34” wedge. Let’s say that line is a ruler marked 1–10, with the 1 lined up with your front foot and the 10 with your back foot. The ball is “in the middle of your stance” when placed directly on the 5, which is where Gil starts when teaching ball positioning. “Play your middle irons—6, 7, and 8 irons—in the middle of your stance, and use that as a frame of reference. When holding a 9-iron or any wedge, move the ball back in your stance about the width of one golf ball. For the 3, 4, and 5 irons and hybrids, move it up one ball width towards your front foot. For fairway woods, line the ball up inside your front heel. When hitting driver, tee the ball up in line with the big toe of your front foot." As you get comfortable in these default positions, you can make minute adjustments to change the trajectory of your shot. Scoot the ball back in your stance, and it will fly lower and spin more; nudge it a touch forward, and it will fly higher and spin less. 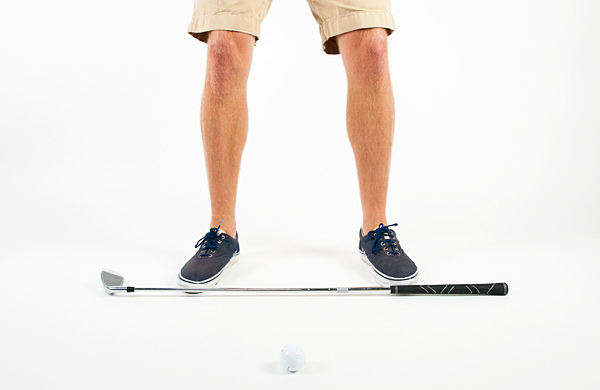 Let the Ground Be Your Caddy It may seem simple, but even the world's top golfers struggle with lining their feet up with their target. "Alignment is probably the number-one fundamental that goes awry for every golfer there is,” says Gil. “You always see [PGA Tour] players with something on the ground to help get them to line up when they practice, and the majority of [Ladies’ PGA Tour] players have their caddies line them up for every shot." For those who don't have caddies to make sure their aim is true, Gil has a tip: instead of fixing your gaze on the target in the distance, look closer. "When lining up your shot, pick a spot [on the ground] a foot-and-a-half behind the ball or a foot-and-a-half in front of the ball that is in line with your target, and use it as a guide for placing your feet. The second you go outside of that [range of vision], you have to turn your head, which changes your perspective and compromises your alignment." 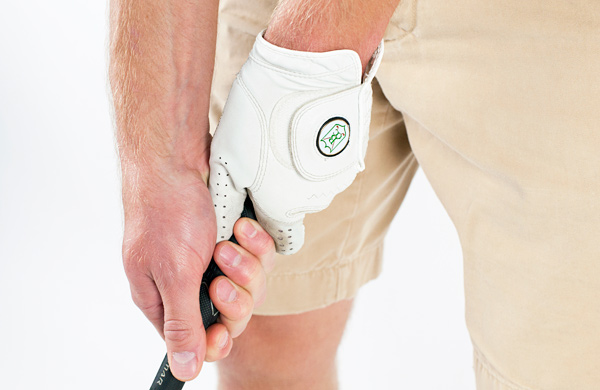 Hold Your Club Like It’s Toothpaste When asked to name the most common problem he notices in the swings of novice golfers, Gil is unequivocal: they swing too hard. "Golf is a recreational sport, we do not want to work hard. We should sweat because it's hot outside, not because we're swinging as hard as we can." He suggests trying to swing smoothly—which puts less stress on the body and typically leads to more solid contact—and to eliminate tension by gripping the club gently. "I tell my students to hold the club as if they're gripping a tube of toothpaste with the cap off. They should squeeze a little paste out, but they don't want to empty the tube." 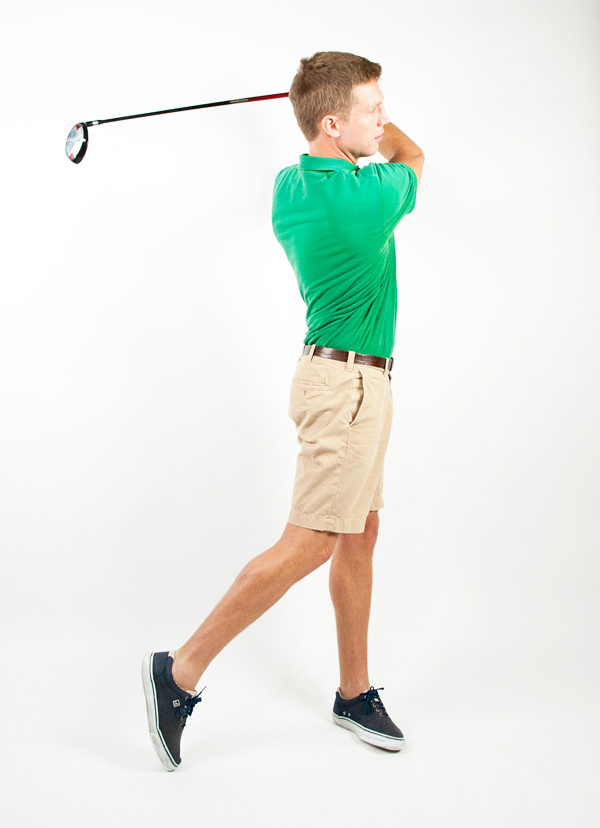 Swing Like the Ladies You can find just about any pro golfers’ swing on YouTube, and there’s a whole cottage industry devoted to marketing these videos as learning tools. But, most likely, you don’t generate the same torque and range of motion as the guys who drive the ball 350 yards, so you might not be able to execute their mechanics. "I like people to look at LPGA players rather than PGA players when finding a swing to model. In general, LPGA players swing in a more efficient way, so it's a more sensible example for golfers, male and female, to use.” Though every golfer is different—and may benefit from a different model—Gil considers Stacey Lewis’s swing to be the gold standard. “She gets the club in perfect position.” Photo: © Andrew Nawrocki, Groupon