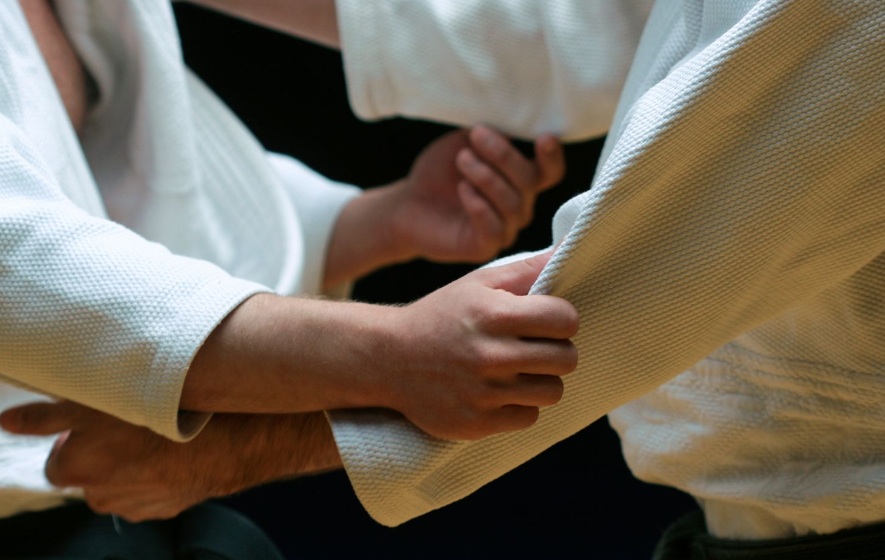 If stage actors actually punched and kicked their way through action sequences every night, they’d likely be too concussed to remember their lines. So it’s no surprise that directors and choreographers have come up with several ways to stage a convincing battle. Some of these date back to Shakespeare’s time, while others came about only after centuries of painful innovation. Here are four things to keep in mind while watching the actors beat each other up:

1. People have been faux fighting since antiquity.

Shakespeare loved a good fight scene, but the Bard was far from the first to stage combat sequences for entertainment. One much older tradition, Japanese Kabuki theater, remains popular today and uses fight-scene techniques known as tachimawari, mimicking the fast-paced movements of samurai through acrobatics and martial artistry.

2. You're watching a magic show.

Fight director and movement specialist Meron Langsner put it aptly in a 2009 discussion with Tufts University colleagues when he called stage combat "a combination of ballroom dancing and sleight of hand," continuing, "I can make it look like one actor kicked another actor in the head when they're standing 6 or 7 feet apart.”

It’s easy for film editors to make a slow-motion slap look as if it were performed in real time, but onstage it’s a matter of timing, balance, and eye contact. During a slapping scene, the slapper hits the victim on the fleshy part of the cheek and quickly pulls away to create the illusion of a full-fledged smack without any lasting damage. A “knap,” the sound of one body part hitting another, can be added in by either actor or a third party offstage to enhance the reality of the situation.

3. Actors work with each other, not against each other.

There’s a safe technique for every hair pull, groin kick, punch, or noogie you see onstage, and it’s up to the actors to trust each other enough to deploy these methods correctly. During a fight scene, if someone has forgotten the choreography, combatants will often meet in a grappling stance where they can speak freely to each other without the audience hearing. From there, they can agree on the next move or end the fight without spectators being any the wiser.

4. For any fight director, safety is the first priority.

And for good reason. There are countless cautionary tales of combat gone wrong—from live guns being mistaken for props to faulty aerial rigging—but almost all are avoidable when proper precautions are taken.