Are You Washing Your Whites Wrong?

Ever wonder how that rule about only wearing white between Memorial Day and Labor Day came to be? Some people chalk it up to practicality: white clothes help keep you cool and are therefore more appropriate in summer. Others like TIME attribute it to old-fashioned snobbery, a meaningless “rule” made up by an elitist class hoping to set themselves apart from the growing throngs of “new money” families working their way up the ranks.

I don’t buy either of these explanations.

Keeping white clothes white is difficult year-round, but there’s no denying that summer brings its own unique set of challenges. Luckily, this handy guide can help ensure white clothing stays white, bright, and stain-free all the way to Labor Day (and beyond).

Recommended by: the domestic gurus at Martha Stewart

Most people know that white clothes should ideally be washed separately from colored garments. The reasoning for this is fairly simple: dye from colored clothing can be released into the wash water, resulting in stains.

But the same basic principle applies to whites that are varying degrees of dirty. Throw some really dirty white socks in with some relatively clean white socks, for example, and instead of ending up with a load of clean socks, it’s possible to end up with a load of socks that are all kind of dingy. For best results, separate once for color, once for fabric type, and once for soil level.

Tip 2: Ease Up on Detergent

Recommended by: the laundry room experts at About Home

Those fill markers on the detergent cap? Turns out they’re actually pretty important. Using more soap might seem like it would translate to cleaner clothes, but that isn’t necessarily the case. In fact, it can lead to the exact opposite. Using too much detergent can actually cause a filmy buildup on fabric fibers that attracts more dirt to the clothing.

Of course, the too-much-soap conundrum can also plague colored clothes, too; it’s just likely to be far more noticeable on whites.

Most people rely on bleach to keep whites looking pure and bright, but that may not be the best decision. Bleach can actually react with certain fabrics and make them appear gray or yellow.

If that seems to be happening, consider a bleach alternative such as white vinegar, lemon juice, or baking soda. All have natural bleaching properties and are less likely to discolor non-cotton fabrics. And, as an added bonus, some of them also do wonders for underarm stains and/or hard-water stains.

Hanging laundry outside doesn’t just make clothes smell better—it can make white clothing look better, too. The sun’s ultraviolet rays have a bleaching effect on colors (read: stains), making line-drying outdoors a great solution. And, as an added bonus, it costs a lot less than using the dryer.

Recommended by: Better Homes and Gardens

Bluing agent is commonly used by clothing manufacturers in order to make white clothes appear more white, and can be found in most grocery-store laundry aisles. The formula literally adds a touch of blue dye to the wash water, which is then removed during the rinse cycle. The blue helps counteract any yellowing that may be present on the fabric so that clothing appears whiter and brighter to the eye.

Freshen up all your favorite clothes with these helpful tips: 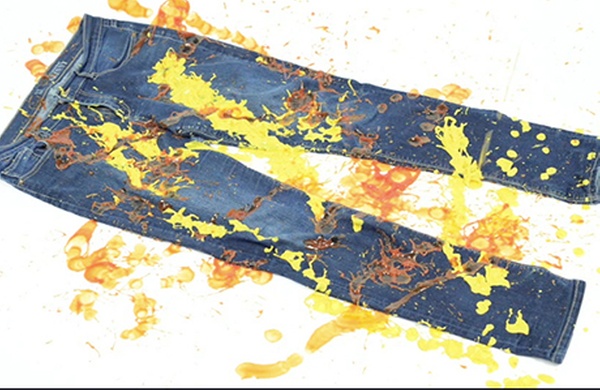 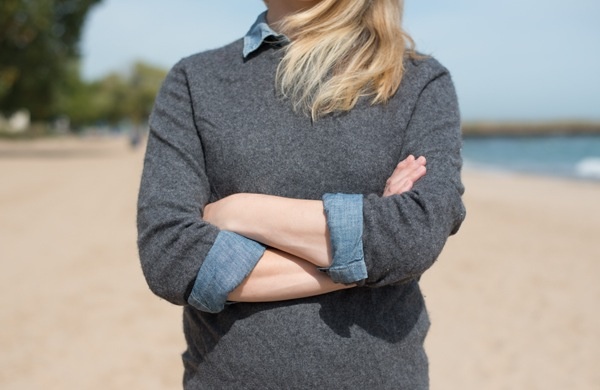 How to Wash a Cashmere Sweater Without Totally Ruining It