Five Things You Didn’t Know About the Tandoor Oven 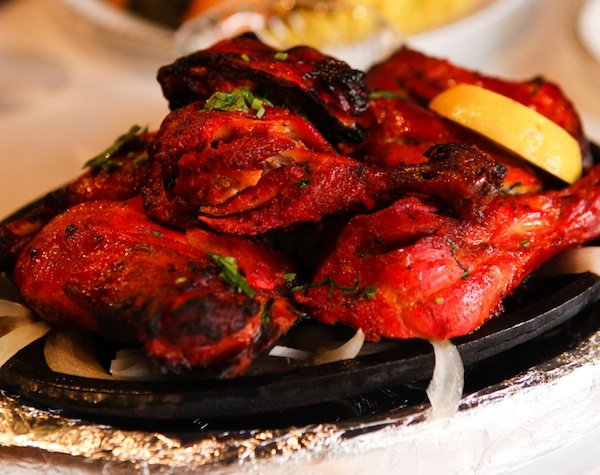 Most people know of tandoori chicken, those skewers of bright-red marinated meat whose spicy scent wafts through many Indian restaurants. But fewer are familiar with the place from whence it came. That would be the tandoor—a cylindrical, charcoal-burning clay oven with a design that dates back thousands of years. To learn more, we talked to Kamal Chhabria, the owner and manager of Raj Darbar, a Michelin Guide Bib Gourmand recipient in Chicago.

It’s basically a pot. A pot full of fire.

As befits its ancient roots, the tandoor is fully manual: “There’s no temperature control switch where you turn it on and off,” Chhabria said. Once the charcoal at the bottom of the 1- to 2-foot-wide interior is lit, the tandoor takes around 30–45 minutes to heat to full temperature. While many dishes cook at 400–500 degrees, the tandoor can reach as high as 800 degrees.

Cooking with it takes finesse.

As juices drip off the roasting meats, they get absorbed by the charcoal beneath, which then gives off an intense, flavorful smoke that infuses the food. “Because there’s a narrow opening at the top … the flavors don’t escape,” said Chhabria. “It’s like a barbecue [smoker].”

Even its walls cook things.

Naan bread, that staple of Indian cuisine, is cooked inside the tandoor—but not on a skewer. Since there’s not much horizontal surface area, cooks just slap the dough onto the tandoor’s interior walls, where it sticks throughout cooking.

A chef adds naan to the tandoor at Dhoom Indian Restaurant in Seacaucus, New Jersey.

Get the low-down on other interesting cuisines: