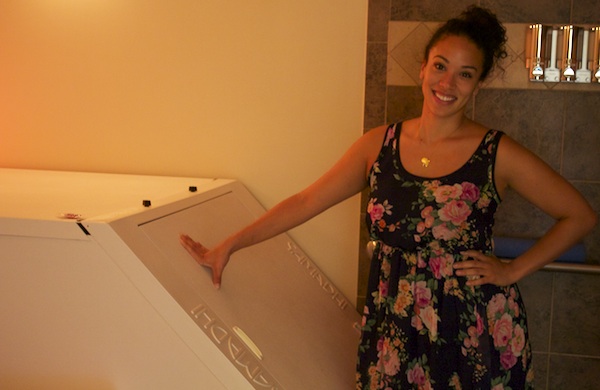 I’ve never been blindfolded and sent to outer space, so until yesterday, I had no idea what total darkness and weightlessness felt like. Then I visited The Chicago Stress Relief Center, Inc. (1440 Techny Rd.) in Northbrook. Among other spa amenities, the center has its own Samadhi flotation tank—that’s 800 pounds of epsom salts dissolved in 10 inches of water, all inside a pitch-black container big enough for one person.

You shower, enter the tank, float on your back for an hour or so, get out, and shower again. It sounded simple enough, but like most first-time floaters, I was nervous. What if I had to bust open the door after five minutes because I was scared … or bored?

A full hour later, I was the most relaxed I can ever remember being. All of my expectations had been off the mark—and now I’m an official float-tank fan. Here are five misconceptions I had about float tanks that were totally turned around by my visit.

The truth: First impressions are deceiving. I’ll admit, it’s hard not to look at the tank and think “water coffin.” But once I was adrift inside, I couldn’t see the walls, and the space didn’t feel small. In fact, at one point I thought that I was turning around a full 180 degrees, which would have been impossible!

If the idea of sensory deprivation scares you, though, you have options. There’s a light switch inside of the tank, and the door doesn’t lock, so you can prop it open if you’d prefer. Howard Weissman, the center’s clinical director, told me that floating was actually about the opposite of claustrophobia: control. “It’s a private room, you can turn the light on or off, you can get out anytime you want,” he said. “You’ve got endless choices.”

The misconception:
It will just be like floating in a tub in the dark.

The truth: It’s very different from floating in a pool, ocean, or bathtub. First of all, the epsom salt in the water makes you extra buoyant, so you have more support underneath you than usual. The water is also heated to skin temperature—about 93.5 degrees. That means it’s hard to tell where you end and the water begins! I truly felt like I was weightless and my body was one with the water and air. Eventually, I learned to let all of my muscles relax and trust that I wouldn’t sink. 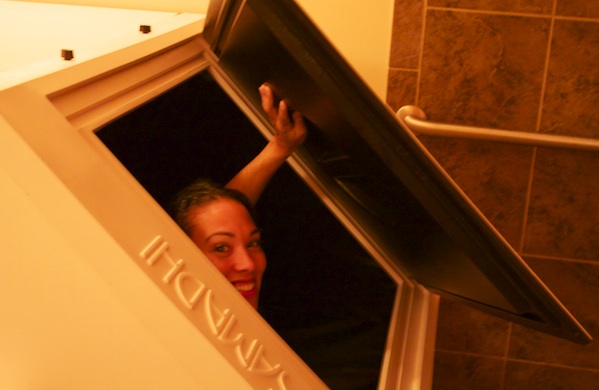 The misconception:
An hour in the tank is going to seem like forever!

The truth: A 60-minute float is no big deal. I was worried that I’d get bored, but inside, I tried to focus on positive thoughts about my family and the good influences in my life. It worked so well that I think I fell asleep. When my session ended, I didn’t feel like I had been in there for more than 20 minutes.

Weissman later said that an ideal float is 90 minutes. In his opinion, that’s the perfect length of time to get to know yourself. “How many people, even when they go on vacation, can really unplug? [In the tank,] there’s no avoidance, there’s no checking for messages, there’s just being.”

The misconception:
People only use float tanks for relaxation.

The truth: “Flotation therapy works on so many levels,” Weissman said. “It’s recreational, but it’s also medical, it’s therapeutic, it’s spiritual.” Many of his clients do exactly what I did, floating to feel blissful for a while. Others float because it seems to help them with a variety of conditions, from post-traumatic stress disorder to chronic pain.

Another potential effect of floating? Improved creativity. In the tank, “the right side of our brain takes over,” Weissman said. Many of his regular patients keep a paper and pencil ready outside the tank, so that when they emerge, they can jot down all the ideas they had during their session.

The misconception:
This will be a fun thing to try—once.

The truth: “People require one to three floats to get oriented to the environment,” Weissman said. He didn’t understand what all the fuss was about until his third float. Now, he floats twice a week and considers it a huge part of his lifestyle. He has clients who do it up to three times a week.

Personally, I know that I want to do it again. After my session, I felt so free and calm, even though the traffic driving back from the center was ridiculous. “That’s the beauty of floating,” he said. “If more people could float, I am certain the world would be a better place.” I’m tempted to agree. 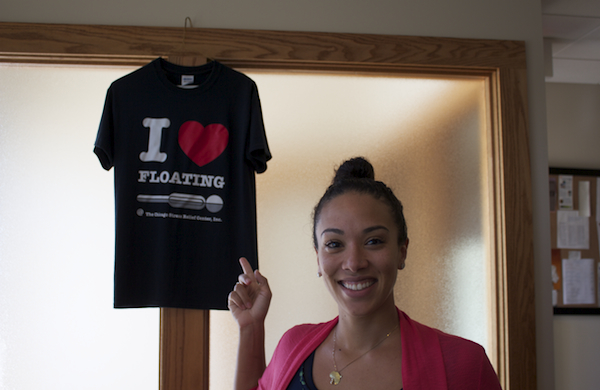