Nothing says “I love you” quite like getting someone’s name permanently inked on your body. In the case of many a proud Californian, it’s not a name, but a place: good old San Francisco. In our search for some of the coolest tattoos that pay homage to the city, we found more than one decidedly San Francisco tattoo. Check out a few below.

A unique take on a tattoo idea that has graced many, this guy’s ink includes elevations, and of course, MUD. 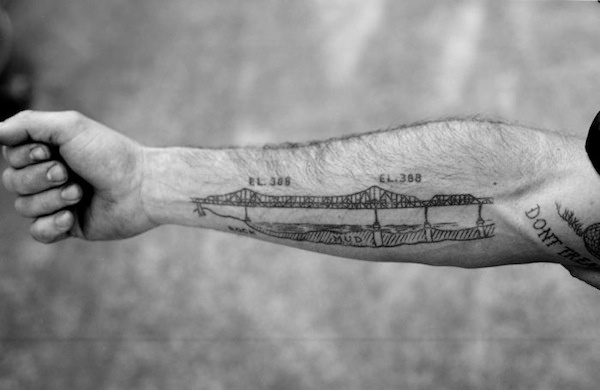 The Black-and-Gray California Bear, And Then Some

There’s a lot going on inside the iconic California bear that graces the state’s flag. The Golden Gate Bridge; homages to the San Francisco Giants, the San Francisco 49ers, and the Golden State Warriors (technically Oakland, but whatever); and of course, palm trees (not actually native to California, but Californian no less). 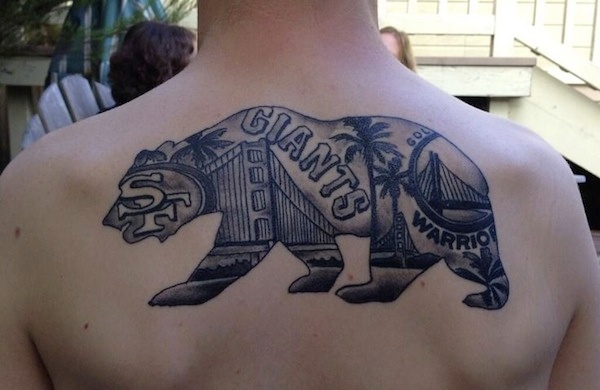 This colorful iteration of the California Bear (joined by one of the stars that also graces the flag!) features a photo-real sunset in contrast against the iconic lines of the Golden Gate. 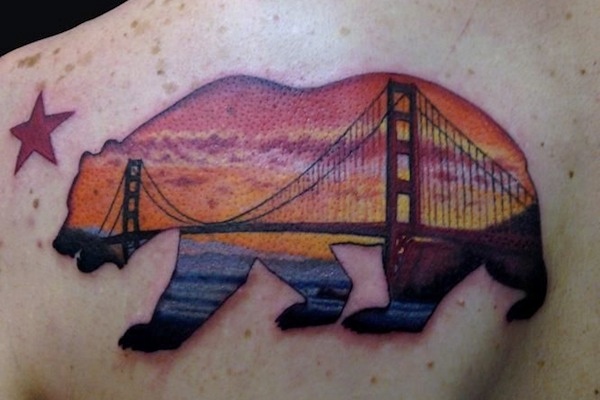 You know exactly what that is. Don’t even try to say you don’t. 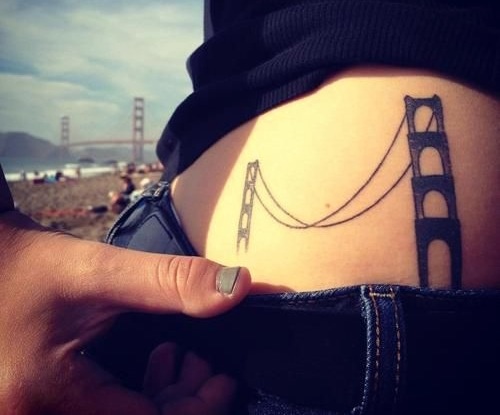 Why have your tattoo on one arm when you can have it on both? This sketchier version of the bridge stretches across two arms, making for a great conversation piece and party trick. 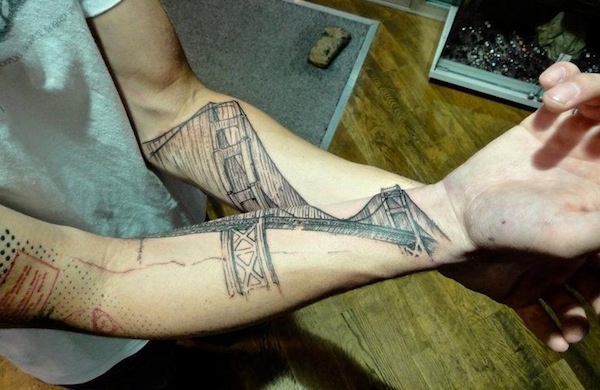 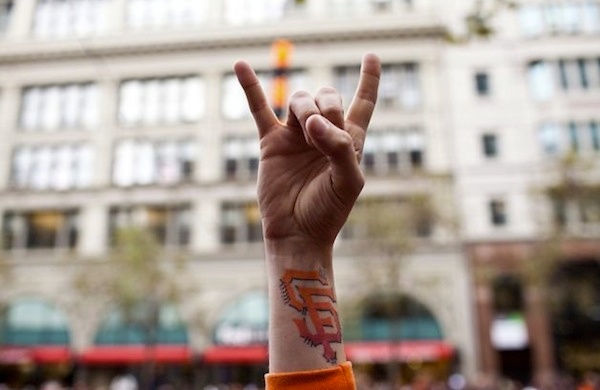