The Hottest Vegetables of 2014, According to a Food Critic Who Just Started Eating Them 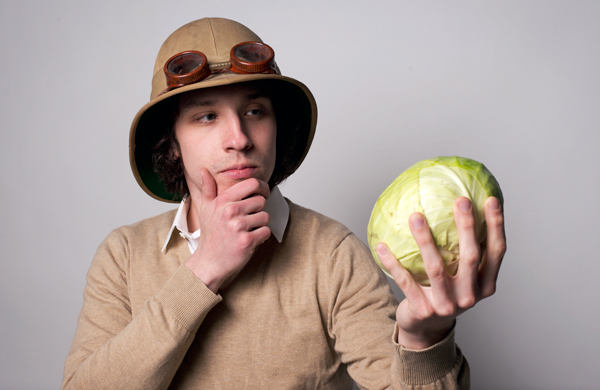 C.R. Austin is a renowned eater and the author of To Grill a Mockingbird: Recipes from the Epicurean Vanguard (publication forthcoming). The questionable views expressed in this article are the author's own and do not necessarily reflect Groupon's tastes.

Vegetables—long considered Mother Earth's greatest culinary blunder—are back in style. The food group commonly derided as "Nature's New Coke" has newfound traction among the nation's food elite, who are hanging up their cleavers and "Meat Your Maker" aprons in search of lighter fare.

If you asked me to eat a vegetable back in 2012, I wouldn't have heard your meager pleas over the thunderous crunch of my pork-belly brioche sliders. But just as the unnamed protagonist of Green Eggs and Ham comes to love that which he first detests, yours truly has seen the green light.

Before I introduce you to some of 2014's most exciting vegetables, it's worth pausing to consider an important fundamental question: what is a vegetable? Some naive simpletons say a tomato is a vegetable. And botanists say avocados are fruits, despite their visibly green skin.

In reality, there is only one way to distinguish a vegetable from a fruit: put your complete trust in a culinary expert like me. With that in mind, I present a few of the hottest vegetables of 2014, along with a quick rundown of which vegetables are vegetables and which vegetables most certainly are not.

Is it actually a vegetable? Yes, but some jerk put "flower" in the name.

Why should I try it? You've probably seen this ugly little fellow in your local supermarket. But did you know that the foodnoscenti have dubbed cauliflower "The New Kale"? In 2014, you're going to see gluten-free foodies buzzing about pizza crusts made with cauliflower. You might even see it served as an entree all by its damn self, flavored with minced garlic, olive oil, and grated parmesan.

Is it actually a vegetable? Yes. Because rainbow chard is so natural, it has been referred to as "nature's vegetable."

Why should I try it? You're going to see a lot of charlatans in 2014 pushing swiss chard, but any foodie worth their weight in kabocha squash knows that the real money is on rainbow chard. The rainbow variety is actually a combination of swiss, red, and golden chard, meaning you end up with a broader bouquet of flavors and colors. You may see chard baked into a quiche with brie or stir-fried with lemon juice and goat cheese.

Is it actually a vegetable? No. It is a juice.

Why should I try it? The paltry superfoods of 2013 tremble like sickly gazelles in the shadow of this healthy behemoth. A handful of studies have shown that beets can lower blood pressure and improve your tolerance for high-intensity exercises. They also have "phytonutrients" which are probably healthy since they say "nutrient" right in the word.

Is it actually a vegetable? Duh.

Why should I try it? This parsnip-like root vegetable is also called the "oyster plant," because it tastes like oysters when cooked. If you're not a big seafood fan, just throw it in a stew with a bunch of other junk you like to eat.