The Image Is the Story: An Interview with Photographer Guillaume Simoneau 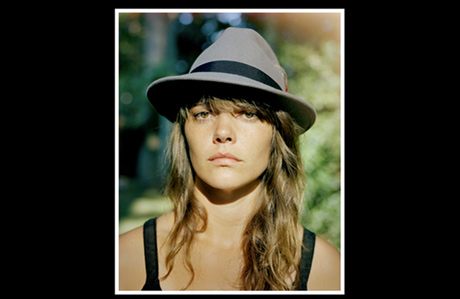 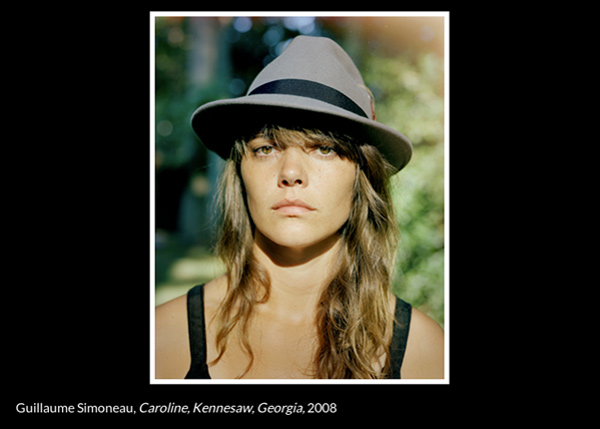 When he was in his early 20s, photographer Guillaume Simoneau did what any young man is liable to do: he fell in love. Her name was Caroline Annandale. She was a southern girl with a slight Georgian twang in her voice and a hint of naiveté in her hazel eyes. The two met in 2000, and they spent much of the next year traveling the world together. Then, in the turbulent years following September 11, 2001, Annandale joined the Army. With Annandale halfway around the world and in the midst of war, the couple grew apart. Eventually, she married another man. But, for Simoneau, the story doesn't end there. Over the course of eight years, Simoneau created a visual diary of the relationship, comprising everything from posed portraits to text messages. He titled the finished collection Love and War and chose to present its 34 images in a nonchronological order, making it difficult to construct a traditional narrative from their fragments. To experience Love and War is to be left with a very real, very messy picture of how people and relationships change over time. We contacted Simoneau at his home in Montreal. He still has much to say about Love and War, a portion of which appears in the Museum of Contemporary Photography's current exhibition, Backstory (July 19–October 6). This interview has been condensed and edited. GROUPON: What were the benefits of using photography to tell this story instead of film or prose? Is there something you were able to do with still images that you couldn't with another medium? GUILLAUME SIMONEAU: Photography is what I do. Since this project only came to life much later on, what you are looking at is literally the equivalent of my visual diary of that time period. I didn't set out to tell a story. The story told itself, in a way. G: The images aren't presented in chronological order. How did you decide which order to show them in? GS: I believe in mystery. … If you explain everything, it loses its appeal. The most interesting narratives often come in a nonchronological structure. It challenges your intellect and your curiosity in all the right ways. G: What compelled you to include images of text messages and emails? GS: It made a lot of sense, given the long-distance nature of the relationship. These were a big part of my diary and archive. G: Did Caroline's decision to join the Army affect your perception of war? What about your perception of the US military? GS: It mostly affected me in ways I didn’t expect. It allowed me to grow and change my opinion about many aspects of the military. If I go back and look at some of the writing I did shortly after Caroline announced she was enrolling, my stand was extremely judgmental toward the whole idea. Spending a considerable amount of time down South getting to know some of her colleagues … allowed me to understand where they came from [and] to contextualize the reasons behind their choices. Ultimately, her experience brought me a much clearer understanding of the differences between soldiers and decision makers. Today, I exercise great compassion toward military personnel—something I never thought I would do. G: This was an intensely emotional chapter in your life. How do you feel now when you look at the series as a whole? GS: I have removed myself from it. It is the past for me now. G: How do you feel about having viewers look at what is essentially a diary of your relationship with Caroline? GS: I feel great, and that is precisely why I did it. After seeing a Nan Goldin exhibit in Montreal in 2003, I understood the strength and power of bringing personal stories into the public sphere. This event greatly influenced my choice to publish this series years later. G: What do you hope viewers learn from your work? GS: I don't think I have anything in particular in mind. I just want to show another side of the coin. See Love and War at the Museum of Contemporary Photography's Backstory exhibition, which runs until Sunday, October 6. Admission is free with a suggested donation. Photo courtesy of the Museum of Contemporary Photography
BY:
Grouber