The Secrets Behind Your Favorite Musicals 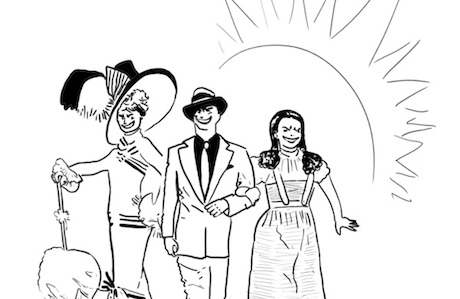 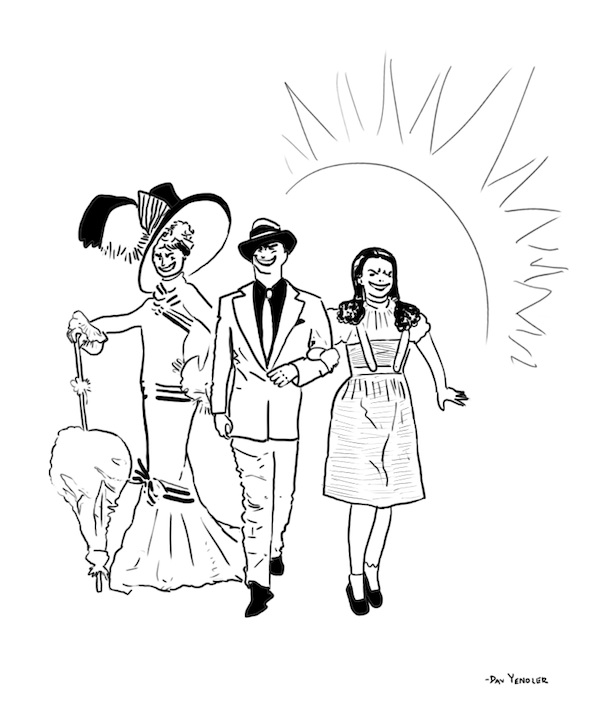 Charles Troy fell in love with Broadway when he first heard the cast recording of Fiorello! in high school. After that, “I just devoured everything I could about Broadway musicals,” he said. For the last 10 years, the graphic designer and theater expert has been leading multimedia presentations about his favorite musicals, including at monthly engagements at the Skokie Theatre. “This has been the best period of my life—the most creative, the most satisfying,” he said. His presentations rely on extensive research and often coincide with productions around the Chicago area. For instance, he’s currently planning one for On the Town, a rarely performed musical going up in August at the Marriott Theatre in Lincolnshire. Given his penchant for digging up the dirt on Broadway’s most beloved musicals, we asked him to share the biggest scandals he’s uncovered. Guys and Dolls: The Perfect (Near) Disaster The character of Nathan Detroit had been written with one actor in mind: Sam Levene. It was only after Levene had been secured for the role that songwriter Frank Loesser discovered his total lack of vocal talent. Rather than replace Levene, Loesser ended up assigning Nathan Detroit’s songs to other characters, including major numbers such as “Sit Down, You’re Rockin’ the Boat” and the title theme itself. Loesser’s changes stuck. “[Now,] when the show is cast and [the actor playing] Nathan comes into the part, he says, ‘I’m in a musical, I’m a lead, and I have nothing to sing. This is crazy!’” Troy said with a laugh. My Fair Lady: The Happy Ending That Almost Wasn’t Faithful George Bernard Shaw fans will recall that the play Pygmalion ends with Eliza firmly rebuffing Higgins’s request that she buy him gloves and a new tie—“Buy them yourself!” Die-hard romantics may have never been satisfied were it not for an “unusual, outrageous Romanian character” named Gabriel Pascal. In 1938, Pascal persuaded a reluctant Shaw to let him make Pygmalion into a movie. In doing so, Troy said he “made changes that opened up the script” of the drawing-room comedy, paving the way for the stage musical to come. He also made one other significant change: a happy ending for Eliza and Higgins. At a screening, Shaw was “basically ambushed,” Troy said. “[He] didn’t insist that the ending be changed at that point. It was already done. He just accepted it.” Though My Fair Lady didn’t open on Broadway until after Shaw’s death, both the musical and the movie stuck with the happy ending that Shaw had previously fought so hard against during stagings of his play. The Wizard of Oz: Nowhere Over the Rainbow Few people know about Arthur Freed. A studio lyricist for MGM, Freed’s real dream was producing. He got his big break when handed the role of an uncredited associate producer for The Wizard of Oz. Soon, he was making influential decisions way beyond his pay grade, including casting Judy Garland and enlisting the then-unknown songwriters who penned the classic score. But his biggest triumph involved the song “Over the Rainbow.” During initial test screenings, the song was cut from the film—three times. The other producers thought it slowed down the action of the film, but Freed disagreed. Signed on to produce the film version of Babes in Arms, also starring Garland, Freed finally had some leverage. “‘Rainbow’ stays, or I go,” he said. In the end, the producers caved, and the song became an audience favorite—you can sing along with the song yourself during the musical’s run at the Cadillac Palace Theatre starting Wednesday, April 30. Catch Charles Troy’s next presentation, “More of Loesser,” at the Skokie Theatre (7924 Lincoln Ave., Skokie) on Wednesday, May 7, at 1:30 p.m. Tickets are $15. Illustration: Dav Yendler
BY:
Grouber