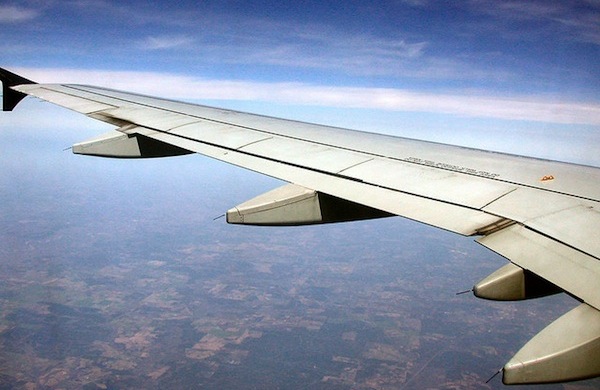 Each day in the United States, roughly 1.73 million people traverse the skies on a domestic flight. All of those passengers have one thing in common: they interact with at least one flight attendant in their travels. We were curious about what it’s like on the other side, so we spoke with a flight attendant at a major US airline (under the condition of anonymity) to get some tips for flying.

She busted some myths (no, airlines don’t throw away the blankets and pillows each night), clarified some mysteries (flight attendants and pilots use the same lavatories as us mere mortals!), and shed light on what it’s like to work above the clouds.

What's the easiest way to annoy your flight attendants?

One thing that really gets me is when we ask passengers what they would like to drink and they ask, “What do you have?” I understand that not all airlines have the same beverages, but why not say, “Do you have Diet Coke?” With that, I would answer, “No, but I do have Coke Zero.” I am trying to serve 120–200 people on an airplane. I do not have time to list off every beverage that we serve. As always, I try to keep in mind that some people do not fly a lot.

What can a passenger do to curry favor with a flight attendant?

Personally, I like when passengers call me by name. I am a human too; thank you for acknowledging that. Be kind and courteous. We know that this [job] is a life choice for us, but also keep in mind that we miss holidays, birthdays, and family gatherings just so we can get you to yours.

Have you ever gotten hit on?

Yes. I love the 1960s look and style, so I like to wear my hair very high and I love to wear red lipstick. Older people who have been flying since the 1960s and 1970s love that look—it reminds them of their first flights. 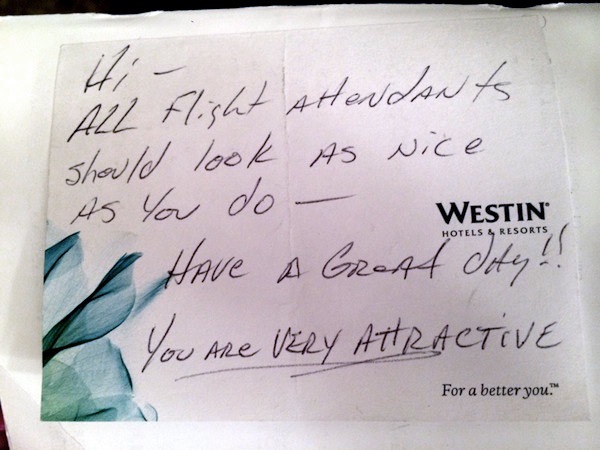 Why don't flight attendants sit down during turbulence?

When you first start flying, you feel every single bump. I was seriously questioning how I was ever going to serve hot coffee or red wine before spilling half the cup by the time I got to the passenger. With time, you don’t even feel those bumps. I compare it to once you are in the ocean for a while, you get the feeling of that movement.

That being said, we do sit during severe turbulence. Sometimes it is our decision on when to suspend or continue service.

As passengers, what signs should we look for in our flight attendants that mean "OK, we're in trouble"?

When I was little, I was flying with my family and apparently [the plane] had blown a tire on takeoff. As we were landing, the pilot made a PA stating that it may be bumpy. My family happened to be sitting right in front of the jump seat and watched the flight attendant make the sign of the cross on her chest. Talk about “OK, we’re in trouble”! The landing was very bumpy but everyone was fine.

Where's the safest seat on the plane?

For less turbulence, sit over the wing. The wing is a stabilizer, in a sense. To increase your chances of surviving a crash, some people say to sit in the back. The back of most airplanes are the safest places (that’s where they keep the black boxes). I say sit by a door.

Have you ever caught a passenger attempting to join the mile high club?

Hahaha! No. The bathrooms are getting smaller, so they would have to be quite creative in their attempt.

How do you deal with jet lag?

When I first started flying, I was exhausted all the time. I used to be able to sleep only in my own bed. By the second month, your body does get used to the randomness of the schedule. I try to keep my body on LBT (local base time), which for me would be central time, as I’m based in Chicago.

Where do you sleep during international flights?

It depends on the type of airplane. On some older and smaller aircrafts, there are main-cabin or business-class seats that are blocked off for crew use only.

On larger, newer planes, there are Overhead Flight Attendant Rest (OFAR) located above the overhead bins in main cabin and Overhead Flight Crew Rest (OFCR) above first-class overhead bins. They are small bunks with pillows and blankets. Depending on the flying time, each crew member gets a rest period.

Finally, settle the age-old debate for us. As a civilian: window or aisle seat?

Check out other tips to make flying as smooth as possible: