Where to Enjoy the Symphony, Opera, and Ballet Without Breaking the Bank 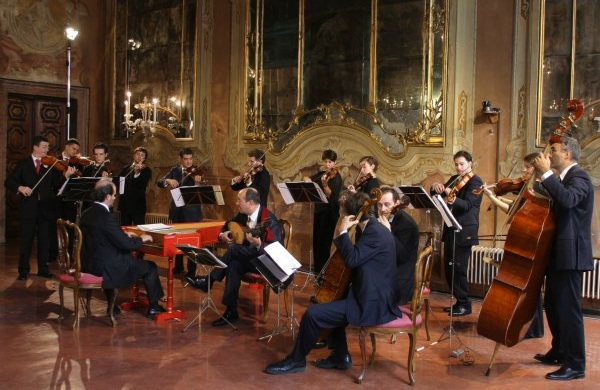 Find out how to see and hear classical performances on a shoestring budget. It’s hard to enjoy a night out at the opera or symphony without dropping a pretty penny on your seats. And though the theater should always remain a special place, there’s no reason it can’t also be an accessible one. Luckily for those of us who live in Chicago, there’s never a shortage of affordable classical performances. You just have to know where to look. The University of Chicago Presents: Venice Baroque Orchestra with Philippe Jaroussky, Countertenor After 70 years at the University of Chicago, the UCP series is no stranger to virtuosic performances. Just about any music lover would be hard-pressed to look over the calendar and not find something that piques their fancy. This winter’s appearance of the Venice Baroque Orchestra is especially exciting since it’s rare to hear such an acclaimed ensemble devoted entirely to period instruments. Using only baroque pieces and channeling the works of Neapolitan composer Nicola Porpora (you know, Handel’s rival), the VBO play with what the Washington Post described as a “percolating energy and lithe, silvery tone.” Joining the soiree for his Chicago debut is Philippe Jaroussky, a young countertenor who has received France’s coveted Victoire de la Musique four times. (The Venice Baroque Orchestra and Philippe Jaroussky play on Friday, February 28, at Mandel Hall (1131 E. 57th St.) at 7:30 p.m. Tickets are $36. Purchase them here.) Hubbard Street Dance Spring Series: Dive Deep The dancers and choreographers at Hubbard Street Dance don’t merely mine for contemporary dance; they chip away at provocative works until they’ve created something sharp and stunning and completely their own. This year’s Spring Series dips into the works of world-renowned contemporary Czech choreographer Jiří Kylián, specifically his Black and White ballets Sarabande and Falling Angels, his popular Petite Mort, and the volatile 27’52”. Dive Deep will be the company’s debut of Kylián’s Black and White ballets. (Dive Deep runs March 13–16 at Harris Theater at Millennium Park, 205 E Randolph Dr. Click here for tickets.) DePaul Opera Theatre Presents Falstaff It’s been six years since the Lyric Opera tackled Giuseppe Verdi’s three-act commedia lirica, making its return to Chicago a welcome one. The opera—based on Shakespeare’s The Merry Wives of Windsor and Henry IV—is especially suited for DePaul’s Voice and Opera program. Who better to relate to the hard-drinking, flirtatious Falstaff than a group of college students? Adding to the production’s charm is its setting of the Merle Reskin Theatre (60 E. Balbo Dr.), which has presented symphonies and operas on its proscenium stage since 1910. (Falstaff plays Friday, March 14, at 7:30 p.m. and Sunday, March 16, at 2 p.m. Tickets are $5–$25. Purchase them here.) Ani Gogova’s Fantasies and Fairy Tales Visiting the PianoForte Studios (1335 S. Michigan Ave.) should be one of the first stops for any classical music fan moving to Chicago. Focused exclusively on piano concerts, the venue showcases both popular and relatively unknown musicians. It also promises to make every show as affordable as possible without sacrificing talent. Basically, it’s the Trader Joe’s of classical music halls, and we mean that as a compliment. Of the many promising upcoming events, Ani Gogova’s Fantasies and Fairy Tales stands out in concept alone. Like the 1940 film Fantasia, it explores the relationship between fairy tales and classical music throughout history. Gogova will perform fantasy-themed compositions from artists ranging from Schumann to Ligeti, some of which will most likely appear on her upcoming solo album: Fantasies, Fairy Tales, and Nightmares. (Ani Gogova plays Sunday, April 27, at 3 p.m. Tickets are $5. Purchase them here.) Photo courtesy of the Venice Baroque Orchestra
BY:
Grouber