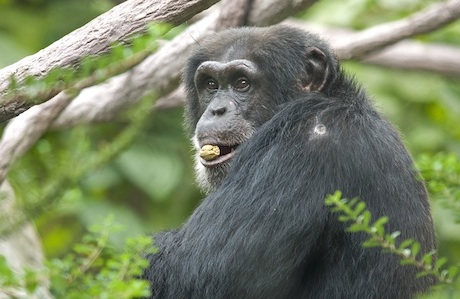 Dawn of the Planet of the Apes comes out this weekend, and though the sequel to Rise of the Planet of the Apes—itself a prequel/reboot of the original series—is more rooted in reality than the '60s and '70s films, we still wondered if a global ape revolt could actually happen. So we turned to Steve Ross, director of the Lester E. Fisher Center for the Study and Conservation of Apes at Chicago’s own Lincoln Park Zoo. “I think the difficulty here is the time-course of evolution,” he said. “These are ‘highly evolved apes’—that’s the phrase that a lot of movies use—and species don’t change that fast. This happens over the course of tens and hundreds and thousands of years.” Despite the general concept’s lack of realism, Ross still enjoys the series. “They keep the core ideas about what a chimpanzee is, what a gorilla is,” he said. “They also use computer-generated apes as opposed to real apes, which has been a problem for decades in Hollywood. [These] movies are the first to do an in-depth portrayal of real chimpanzees without any of them actually suffering. They even got all the vocalizations from a sanctuary in Louisiana that I work with called Chimp Haven, as opposed to getting actor chimps.” With Ross’s cinematic enthusiasm in mind, we couldn’t help but ask him which apes at Lincoln Park Zoo would lead (or try to lead) a primate revolution, should such an event actually happen. Optimus Prime 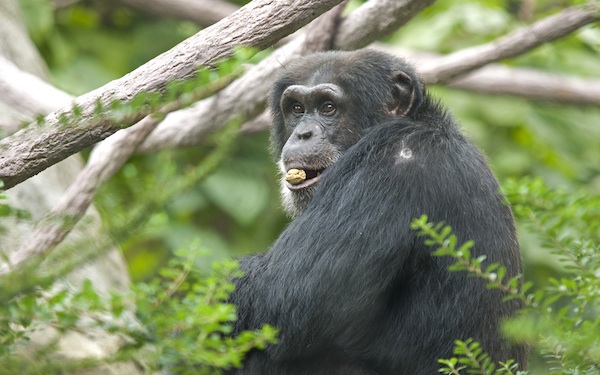 “He’s an adolescent male chimpanzee and is often thinking about how to move up in rank, how he can rally other chimpanzees in the group and move up in the hierarchy. In general, that group is pretty stable, but when Optimus gets in his mind that he wants to shake things up, he’ll definitely provoke different individuals. He might start poking at some of the others until they get upset and scream.” Hank and Kathy 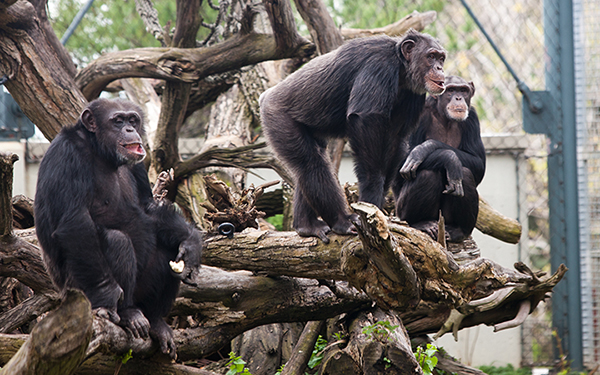 “Hank is already alpha, so he doesn’t have a lot of reason to move up anymore. But he’s also someone who has to think about the social network of the group. What often happens is that Hank will try to quell [Optimus’s] little revolution by working with the females in the group to build a coalition against [him]. Hank and the girls chase Optimus around, and that upsets him even further. “Kathy’s probably the most powerful of [these] female chimpanzees. Although males usually dominate females within the group, her role’s really important in terms of organizing the females and keeping track of the hierarchy that’s going on.” Azizi 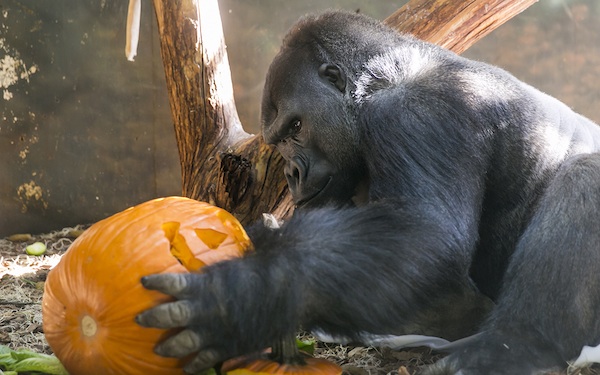 “The need to rebel or the need to revolt is different in gorilla society. There’s only one leader—the silverback male. [Azizi]’s bigger than all the rest, so the others really defer to him. There’s almost no question about it.” Umande, Mosi, and Amare

“[These are] bachelor gorillas—three boys that live together. There’s no sort of clearly defined leadership in their group, so the three of them are always working together to figure out if it’s time to revolt against Azizi or if it’s time to stay out of [his] way. They’re all a little less dominant personality-wise than Azizi, but they’re all very different. A submissive individual like Mosi or Umande may be thinking about how they should arrange a revolution, so to speak. Then we have someone like Amare who’s a little bit bigger than Azizi and may do it in a more physical way than an intellectual way. To this point, Azizi is still in control, even against all three of them.” But even Azizi can’t do one thing the apes in the films do: ride a horse. “When chimpanzees and gorillas walk, they don’t walk upright like humans,” Ross said. “Part of that is because their hips are rotated. To ride a horse would be a bit difficult. [And] you’d have to have a pretty hearty horse to hold a 500-pound gorilla.” Dawn of the Planet of the Apes hits theaters everywhere on the night of Thursday, July 10. Check Groupon first for great deals on movies in Chicago. You can also check out Lincoln Park Zoo 365 days a year, both at its Chicago home and through its Great Ape Conservation programs around the world. Photos courtesy of Lincoln Park Zoo
BY:
Grouber