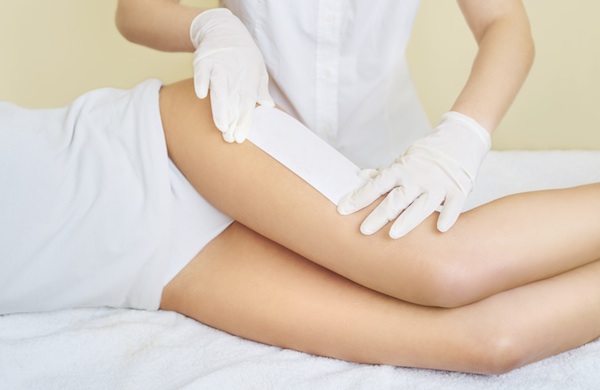 Waxing might be the quintessential example of “type 2” fun—an activity that’s uncomfortable while it happens but worth it in retrospect. Yes, it can hurt a bit, and yes, you’ll have to pay for the professional attention. But the benefits of waxing are many and can outweigh those of the razor. Here are seven reasons why you might want to wax instead of shave:

1. It leaves your skin smoother for longer.

When you shave, stubble can resurface within a day. Hair that’s been waxed usually takes between two and six weeks to grow back. That’s because waxing removes hair at the root, whereas shaving only cuts hair down to skin’s surface.

Shaving a large body part, such as your full legs or chest, takes a while. Even smaller areas like underarms need to be revisited frequently. Waxing can target any size area quickly, freeing priceless time on your schedule.

3. It results in fewer ingrown hairs.

Waxing is exfoliating—when the wax is stripped away, it removes hair and the topmost dead skin cells. Shaving does not have the same effect, so hair can more easily become ingrown beneath skin cells. (However, waxing doesn’t make ingrowns disappear entirely. It’s important to exfoliate between waxings with tools such as body scrub, a loofah, or a head of broccoli that really looks like a loofah.)

There are two reasons for this. One is that shaving cuts the hair so that it ends in a blunt cross-section. Waxing, on the other hand, leaves hairs to regrow from the root with a naturally narrowed tip. The other reason is that repeated waxing may also weaken hair follicles, in some cases shutting down growth entirely.

5. It’s performed by a professional.

Licensed aestheticians undergo special training to make the procedure as comfortable as possible. They often use products that help reduce sting, such as soothing creams and medals for your valor. In fact, many people view their salon visits as an exercise in pampering, not pain.

Your skin might be slightly red after a wax, but that generally fades within a few hours. More importantly, there will be no telltale nicks or embarrassing logo imprints like from the time you used a razor backward.

Those wary of the chemicals found in many shaving creams can take comfort in knowing that more and more waxing salons are using products made from all-natural and organic ingredients. The wax at Uni K Wax Centers, for example, contains pine-tree resin and beeswax, and Brazilian Honey Waxing creates housemade wax from honey.