Popcorn Is a Superfood and 11 Other Popcorn Facts 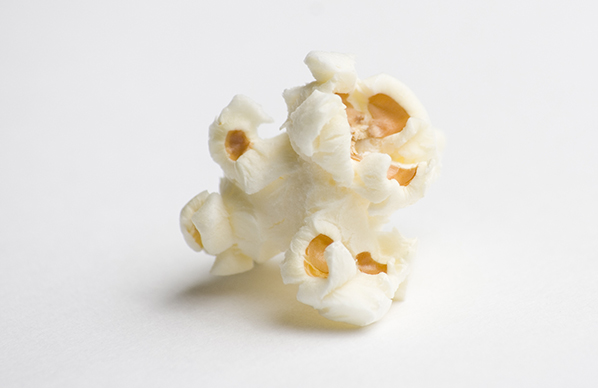 Equally prominent at the movies as in the microwave, popcorn is so ubiquitous that it’s earned its own holiday. In celebration of National Popcorn Day on January 19, here are 12 tidbits about the tasty treat, including popcorn recipes, nutritional facts, and ideas for popcorn toppings.

1. Popcorn is a compact snack.

One cup holds 1,600 kernels. In most batches, only 2% of these kernels remain unpopped.

2. Popcorn has its own language.

In popcorn jargon, a popped kernel is called a flake. Those flakes’ petals, which are white on one side, hull on the other, are known as wings. Unpopped kernels are called spinsters. 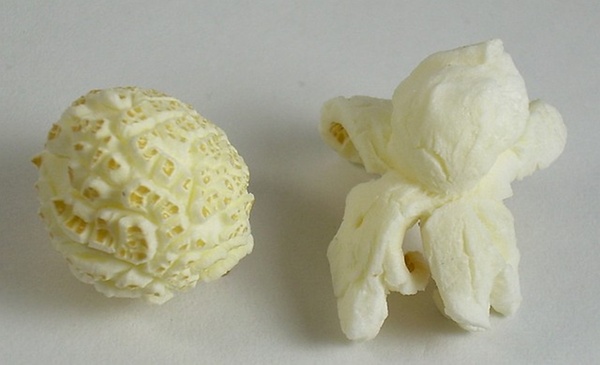 The first is the mushroom, a sphere with a few small wings. Its kernels are hardier and often used for prepackaged and flavored popcorn. Then there’s the more delicate butterfly, whose irregular form has more wings.

4. Popcorn may be the world’s oldest snack.

Dating back 80,000 years, corn pollen excavated from Mexico City serves as the oldest evidence of popcorn’s consumption. In addition, actual popcorn with 5,000-year-old origins was found at a primitive agricultural site in New Mexico.

5. Stored correctly, its kernels can last for millennia.

The exploration of ancient Peruvian tombs turned up kernels that are still poppable, proving that proper storage is key.

Unlike most businesses, the popcorn industry thrived during the Great Depression. Today, the snack remains an affordable treat, costing less per serving than many fruits and vegetables.

7. Popcorn is a superfood.

The whole-grain treat is packed with healthy oils, vitamin E, protein, and B vitamins, and it contains about a gram of fiber per cup. Popcorn is also rich in antioxidants, more so than many fruits and veggies. And when eaten plain, it contains only 30 calories per cup, almost 20% fewer calories than a serving of potato chips. If that’s not nutritional enough, a single serving of popcorn contains more iron than an egg.

8. The snack has a storied history.

Many Native Americans popped corn right on the cob, then used it to make not only beer and soup but also jewelry and hair ornaments. And in the 1800s, Americans ate popcorn for breakfast like modern-day cereal: with milk.

9. Popcorn can serve as an unconventional ingredient.

Crush it and add seasoning to make a gluten-free breading for fish or chicken, or add it to a salad for crouton-like crunch. Grab some beer to make beer and popcorn fudge. It also makes for a hearty bowl of grits–not to mention the few other inventive combinations seen below.

Above: popcorn in cookies (via Natasha Padgitt), Ecuadorian potato soup (via Jes Eriksen), ceviche (via regan76), and beer fudge (via Jasmin Fine)

10. Popcorn is flavored differently throughout the world.

Most European movie theaters offer customers the choice between salty and sweet popcorn, whereas Americans opt for buttered popcorn. Furikake-seasoned popcorn is popular in Japan.

11. The flavor possibilities are endless.

Hankering for Italian? Try tossing popcorn with olive oil, garlic, and parmesan. Salivating for spice? Add a kick to the snack with cayenne and cumin. Cinnamon and brown sugar, mexican chocolate, or maple syrup, on the other hand, sate sweet teeth.

12. The first commercial popcorn machine debuted at the 1893 World’s Columbian Exposition in Chicago.

How Do We Love Popcorn? Let Us Count Even More Ways:

Our National Ranking of Movie-Theater Popcorn

Find a Popcorn Machine on Goods