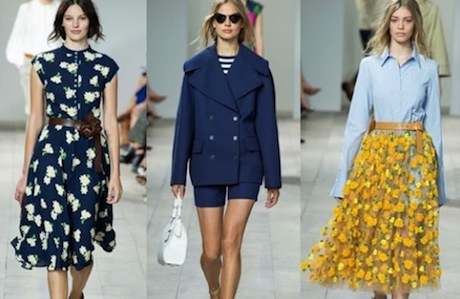 "Michael Kors is such an iconic American brand," said David Yassky, ideel’s editorial fashion director. “It’s really chic, classic, clean—that’s what I really like about him. He’s … a little bit Americana, kind of nautical.” This description rings especially true with the designer’s Spring/Summer 2015 collection (pictured below). Kors drew on classic 1950s American fashion as inspiration, sending models down the runway in wasp-waisted dresses, vibrant florals, and sailor coats. It’s an aesthetic he’s been honing for more than 30 years to great success. In 2010, he became the youngest-ever recipient of the Lifetime Achievement Award from the Council of Fashion Designers of America. Today, he’s a household name thanks as much to his timeless sportswear as to his sharp-tongued commentary as a judge on Project Runway. 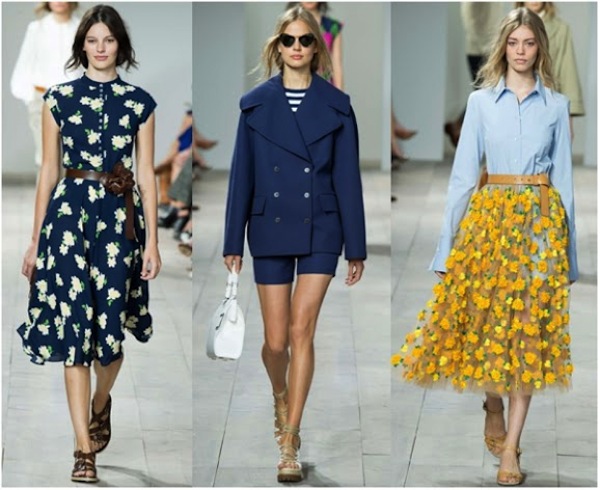 Runway photos courtesy of Style.com Here, we’ve unpacked some of Michael Kors’s defining characteristics, then used them to create an outfit that both incorporates and is inspired by his designs. He’s inspired by classic American beauties. The first of which was his mother—he designed her wedding dress at the age of 5. Throughout his career, he’s named both Jackie Kennedy and Gwyneth Paltrow as influences, both of whom are icons of the “clean and crisp” style Yassky credits Kors with. It’s made him a favorite with American sweethearts such as Scarlett Johansson and Kate Hudson, who have rocked his glamorous frocks on countless red carpets. It’s also helped him break pop-culture ground reserved for the fashion elite, amassing name-drops in everything from The Devil Wears Prada to hip-hop songs by Rick Ross and Nicki Minaj. Kors proved his all-American appeal in response to these songs, telling The Cut, “It’s fun, but then I think, well, I can never really use most of these songs in our shows because we might get raided by the language police.’” But he likes a masculine edge, too. Though partial to tradition, Kors is still something of a rule breaker. (He did, after all, drop out of FIT to start designing for a local shop.) This is particularly apparent with his women’s accessories, which draw from both menswear trends and more feminine ones. “All the watches are kind of masculine and large, bold-faced,” Yassky said. “The jewelry [can be] substantial like the watches, but there's also these kind of simple, dainty basics." 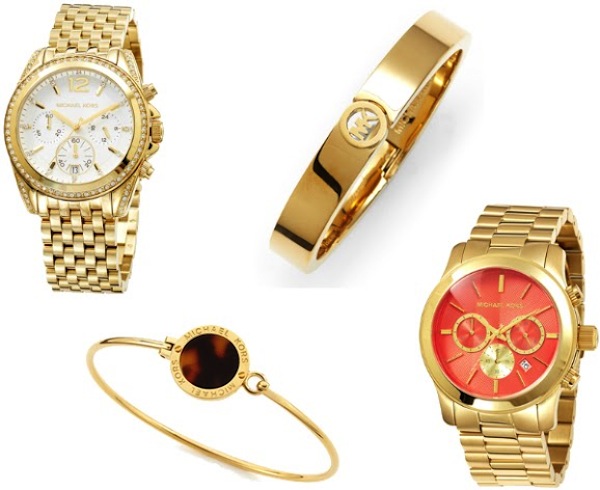 All the above items will be available in ideel’s Michael Kors event, which begins at 5 p.m. on Sunday, November 30. He designs clothes for every woman. Kors got his start running a boutique out of his parents’ Long Island basement. So even though he’s a staple at New York Fashion Week, he doesn’t restrict himself to high-fashion designs. Over the years, he has expanded his single womenswear line into three. In addition to the original Michael Kors brand we see on the runways, there’s also Kors Michael Kors, which includes footwear and denim, and Michael Michael Kors, a moderately priced collection of handbags, shoes, and ready-to-wear apparel. While each has its own attributes, all three lines remain true to the aesthetic that made Kors so popular. His accessories are often the most popular benchmark of this style, adding to outfits a signature elegance via a versatile handbag or bracelet. How to Wear It The designer’s glamorous, gold accessories take center stage in this outfit, matching the zipper of the Michael Michael Kors coat and the logo tag on the snakeskin tote. This bag gives the otherwise simple ensemble a rock ‘n’ roll edge, as does the skirt’s thigh-high slit.