Golf Tips for Shoring Up Your Short Game

It’s said that golf is a game of confidence, but arrogantly hacking away at the ball will land you in trouble with more than just the groundskeepers. The key to confident play is knowing exactly how to approach each shot. Nowhere is this more apparent than close to the green, where precision matters more than power. Here are a few of our best golf tips, specifically for improving two of the most difficult aspects of the short game. 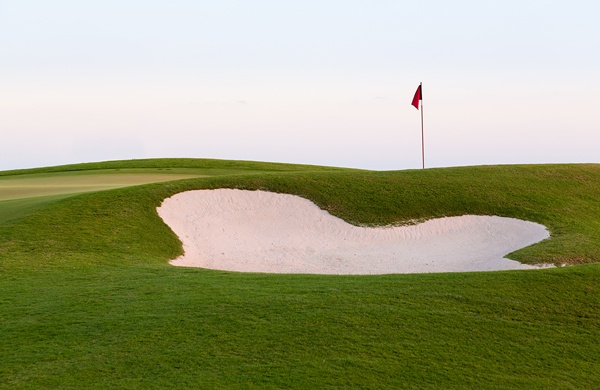 The sand bunker can be one of the most harrowing features on a golf course. Of course, the best way to survive a bunker is to avoid it altogether, but sometimes fate lands the ball in the proverbial pits. Luckily, the method of escaping from a bunker is much easier than diving into a pool of quicksand to unplug the drain.

1. “Use an open-faced club. The sand wedge!” So advised The Simpsons’ Mr. Burns, and he was right—a standard sand wedge has 56 degrees of loft, but some may prefer to simply use their most lofted club. Then it's time to descend into the bunker. (Pro tip: don’t take your golf bag into the trap; that will only make for a wider area to clean up with a rake when you’re done.)

2. Aim 3 inches behind the ball. The sand trap is the only place on the course in which the ball shouldn’t be the first thing your club strikes on the downswing. Once inside, take an open stance and rotate the club to open up the clubface, in effect increasing its loft. Your goal is to take a scoop of sand that will jettison the ball as it splashes.

3. Feel free to take a three-quarters swing. Due to the resistance from the sand, a swing that would normally produce a 40- to 50-yard shot will only launch the ball 15 to 20 feet.

4. Do not touch. The rules of golf forbid “grounding” a club (or touching any part of the sand) in a bunker before taking an actual swing, so keep that in mind as you make any practice motions.

The Art of Reading a Green 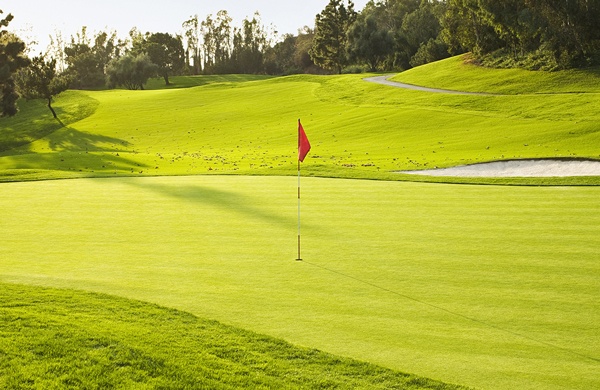 It might take a stroke—or five—before it’s time to break out the putter, but the art of reading a green starts at tee time.

1. Heed the landscape. Even if the pin is still a dimly glimpsed goal, the lay of the land can reveal a lot about how the green behaves. If there’s water nearby, particularly the ocean, the green will most likely slope towards it—though not always.

2. Know the grass. Most greens are one of two types of grass—bermuda or bent. The latter offers little resistance, but the former has a grain that can drastically affect the ball’s path. Pay attention to the angle at which bermuda grass appears lighter—the ball will likely break in that direction. When in doubt about which direction the grain faces, consider that grass typically grows toward the setting sun.

3. Weather can alter a green. A ball will travel much straighter on a soft, wet green than a dry green with firm grass. Likewise, grass tends to grow more in the afternoon, so the ball will break more drastically at 3 p.m. than in the relative calm of dawn, when earthworms still haven’t delivered the grass its coffee.

4. Shoot with confidence. Once you’ve taken in all the information—be sure to look at the green from all angles—decide on your shot and don’t look back. Even a miscalculated shot made with confidence will likely be better than a tentative effort. If you do miss, keep paying attention to the ball: as it passes the hole, it just might whisper what went wrong. 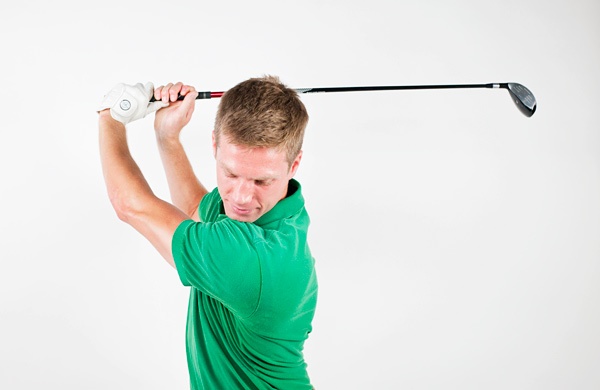 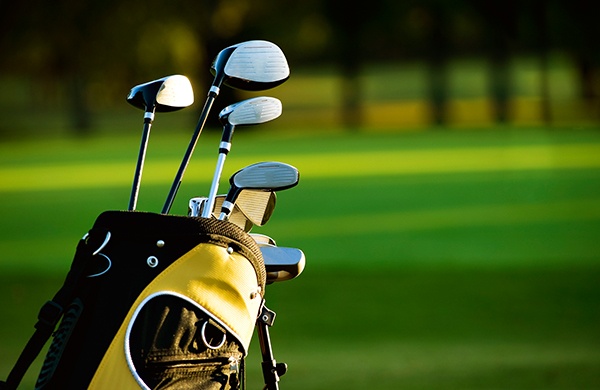