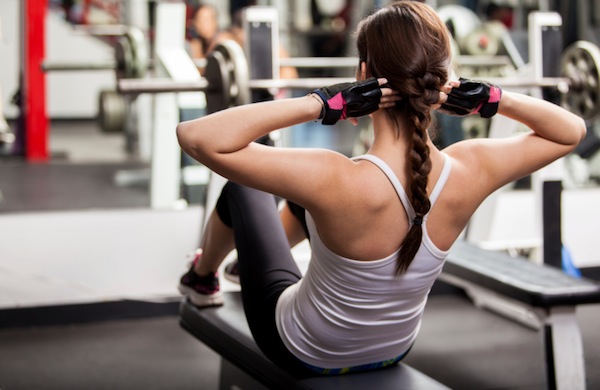 It’s a tale as old as time. Well, as old as 1994, at least. There’s a classic episode of Seinfeld where the gang is at the gym: George gets caught urinating in a locker-room shower, someone leaves a machine without wiping it down, and Elaine begins a complicated flirtation with another gym member.

Twenty years later, it would seem these quandaries still plague the average gym-goer. So we talked to Liz Callham, a fitness director for FFC, about what to do in these and other scenarios (well, not the peeing-in-the-shower thing). Here are her pro tips on seven common dilemmas.

Should I wipe down a machine before or after using it? Or both?

“Typically just after. Though, if you walk up to a machine and it’s full of sweat, then you’re probably gonna wind up doing it before and after. And that’s assuming you’ve left a mark on the machine … If you’re not sweating on the machine you don’t have to.”

And don’t feel compelled to hunt down disinfectant spray or clean the mat beneath a machine. “Most people just use their towel,” Liz said. “You can wipe down the mats as well, but … it’s more [personal] preference.”

If I’m not sure how to use a machine, can I ask a trainer for help?

As long as they’re not in session with a client. “If [a trainer] can’t help them, we try to facilitate something else as quickly as possible … Go to the front desk and ask for the manager on duty. They [should] be able to get you on that machine.” 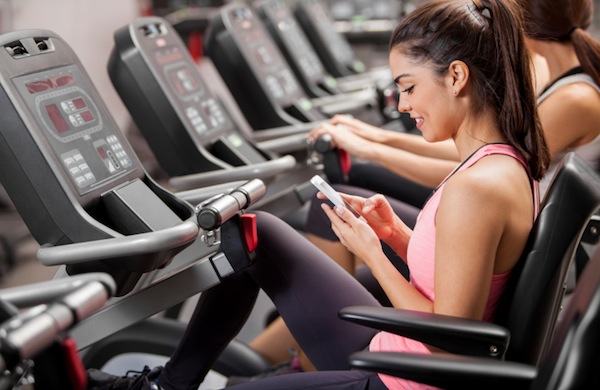 May I use my phone in the gym?

It’s fine to keep it on your person, but don’t try to multitask. “If you’re just walking around the club and you want to text, that’s fine,” Liz said. “But if you’re gonna be taking up a machine, we prefer that you’re actually using it versus being on your phone.”

And during fitness classes? “I would say no, because depending on the type of class, if people are moving around and … you’re standing in one spot, you could end up getting run into.”

There’s only one place where phones are completely off-limits: the locker room. “Because of camera phones,” Liz said.

Speaking of locker rooms: are there “naked zones,” or can I undress wherever?

“You can pretty much change wherever you like,” Liz said. “Most people typically change in front of their locker … You can walk through the locker room naked, but you’re clearly gonna get more looks. But it’s not anything you couldn’t do.”

What constitutes inappropriate gym attire? Is that even a thing?

“You know what, it is. And it’s kind of a weird line,” Liz said. “We’ll have guys come in who have made their own sleeveless shirts, and there’s maybe four inches of [material] connecting on the bottom, and the rest of it’s all open … some people just don’t like to look at that.”

But it’s not just guys who should be cognizant of their workout wardrobe. “We’ll have some women that walk around in sports bras, and some sports bras kind of look like [regular] bras.” 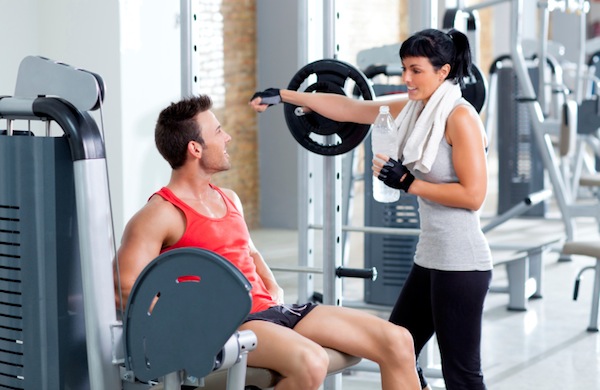 OK, real talk: can I flirt with other members?

“Let’s sort of define that a little further: you’re clearly free to walk up to anyone and talk with them. Obviously if they don’t want to be bothered, then they’re gonna tell you,” Liz said. She warned that some gyms will revoke memberships “if you touch anybody, even if it’s just a hand on a shoulder, and that’s not okay with them. The talking part is one thing, but there’s a fine line. [The gym] is supposed to be a safe environment.”

What about that person who always grunts while working out? Can I ask them to quiet down?

“Talk to one of the managers, [and] we’ll usually go up to the person,” Liz said. “It’s more [about] making them aware, because usually people don’t realize how loud they are … It goes along with dropping weights. There’s no reason for you to do that.”