Mud Bath Spa Treatments: Everything You Need to Know

Visiting a mud bath spa presents a paradox. How do you bathe in something that makes you dirty? And more importantly, why would you?

The short answer: spending some time up to your neck in mud can be good for your skin. The longer answer, however, is a bit more nuanced and involves a closer look at fangotherapy—treatments that involve mud. Read on to learn some key mud bath facts, which may convince you to act like a pig at your next spa visit.

What are some mud bath benefits?

Mud—especially Dead Sea mud—has been said to alleviate the symptoms of skin conditions like psoriasis, eczema, and rosacea. Being buoyed by a warm mud bath can also ease assorted aches and pains in the joints, such as those that stem from arthritis.

Some people bathe in mud for cosmetic reasons, too. Dr. R. Makala Anders, a dermatologist at Sonoma and Santa Rosa Dermatology, said the minerals in mud can indeed "rejuvenate and stimulate" skin cells, causing them to "plump up" for a more glowing appearance. He noted that mud is a great moisturizer, one that naturally causes skin to feel tighter and healthier.

And, of course, floating in a mud bath can be relaxing. "It's getting back to the basics a little bit. ... It's very nurturing, it's very centering," said Yalda Teranchi, a manager at Calistoga's Indian Springs Spa. "If you don't mind being around a large quantity of naked people."

How much does a mud bath cost?

Mud bath prices vary considerably based on where you go. Some spas offer mud baths as part of lengthy treatment packages that run into the hundreds of dollars. A low-end price for just a mud bath and spa access might be around $80 or $90, while you might find the related (but distinct) treatment known as a mud wrap for $50 or less. (You can also search Groupon for mud treatments and save big, sometimes 50% or more.)

What kind of mud do they use in mud baths? 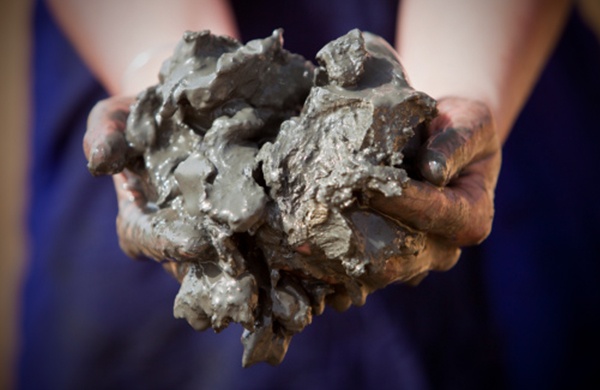 Unfortunately, you can't just wait until it rains, writhe around on the ground, and call your front lawn a mud bath spa. The best kind of therapeutic mud isn't a simple mixture of water and soil—it's rich in the kind of minerals that are only present under specific geological conditions, such as magnesium, sodium, and sulfur.

The Dead Sea, the European moorlands, certain lakes, and natural hot springs are the places to go for mineral-rich mud. The hot springs of Calistoga, California, compose the mud-bath capital of the United States. The mud there contains volcanic ash, and when mixed with mineral water from the surrounding hot springs, it's an especially nutritious treat for skin cells.

Yalda attests to this fact. "It's a double whammy with the mud and the mineral water, [which comes] straight from the geyser," she said, adding that using fresh mud makes a world of difference. "A spa I used to work at [ordered] volcanic ash to make its mud wraps. Here, it's a little heavier because of the natural ingredients, the purities in it."

If you can't travel, however, you can always get cosmetics or schedule spa treatments that incorporate mineral-rich mud.

What should I expect at a mud bath spa?

The exact procedure varies from spa to spa, but the basic outline is pretty simple.

1. You'll disrobe to your comfort level.

Most people go naked, but you're also welcome to wear a bathing suit (though you'll want to make it an older one; mud tends to stain, in case you didn't know).

2. You'll gently lower yourself into a tub of heated mud.

Gently because it may take a bit to adjust to the temperature, which is typically over 100 degrees. During the treatment, a spa attendant will usually be on hand to bring you water and make sure you're comfortable.

3. You'll climb out and rinse off after about 15 minutes.

In most cases you'll be just getting started, however. That's because mud baths are generally followed by other treatments, such as massages or masks, or at least some time in the spa's steam room or whirlpool. So while the mud bath itself may only take 15 minutes, it's best to budget a couple of hours if you're going to do your visit right.

How long do the effects of a mud bath last? 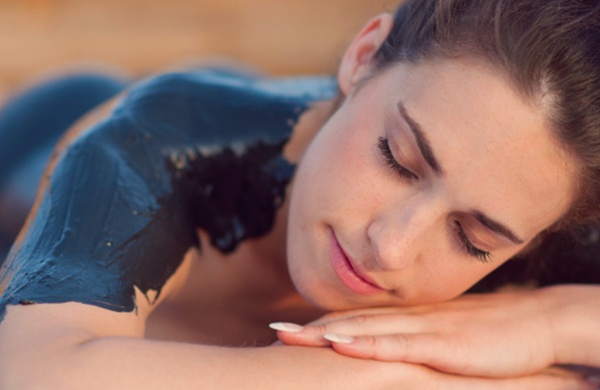 A mud bath, mud mask, or mud wrap should not be seen as a miracle treatment. "The effects [of a mud bath] would be pretty minimal and short-lasting, most of the time," Dr. Anders said. That's because the helpful minerals in mud can't penetrate any deeper than the very first layer of the skin, the stratum corneum.

"The skin is made to keep stuff out!" he said. "It's actually really difficult to make molecules small enough to penetrate down into the epidermis and beyond. Mud isn't going to do that."

That doesn't mean that it won't make you feel like a million muddy bucks, though. At least for a little while.

Are mud baths a recent trend?

It's hard to pinpoint when bathing in mud became a common practice, but it's safe to say it's been around a long time. Native Americans have used mud to treat irritated skin for centuries, and Cleopatra reputedly took trips to the Dead Sea and coated herself with its mud as part of her beauty regimen. Both Napoleon and Beethoven were fond of visiting the Czech spa resorts of Karlovy Vary, which have been espousing the benefits of the region's hot springs and mud since the 1300s.

This article was originally written by staff writer Mel Kassel, and has since been slightly modified by our editors.