Sculptures, Murals, and Historical Artifacts in the Subway 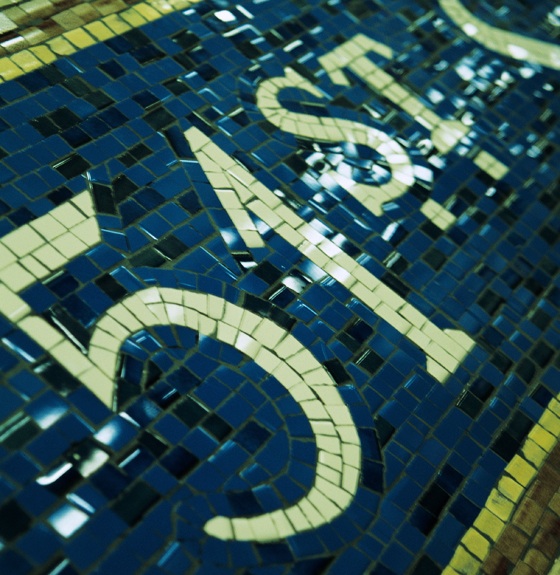 On July 16, 2012, the Metropolitan Museum of Art announced its annual attendance. Visitors to the museum totaled 6.28 million in the latest fiscal year, the most of any year since the museum started keeping track. It was a staggering figure, but nothing compared to what is arguably New York City’s most frequented art museum: the subway. In 2012 alone, an estimated 1.6 billion riders journeyed through New York's underground labyrinth. True, the subway might not seem on par with the Met. Images of cramped train cars and long commutes come to mind. But thanks to the Arts for Transit and Urban Design program, the city's subway network has transformed into a world-class museum filled with mosaics, mixed-media installations, and sculptures that weave together bronze and glass. The MTA started the program in 1985, when it committed a portion of every station's rehabilitation budget to the creation of permanent artwork. For each project, a panel of artists, museum heads, and MTA officials selects a proposal that reflects the spirit of the station's neighborhood. For the 116th Street station, this meant an homage to the Harlem Renaissance. Completed in 1999, Vincent Smith's The Movers and Shakers covers the platform's walls with images of famous artists and historic venues. There's Duke Ellington at the Apollo Theater, Langston Hughes at the National Black Theatre, and Zora Neale Hurston at the Studio Museum. The figures appear against sharp lines, geometric shapes, and bright primary colors. But look closer, and you'll see something else. Small, jagged pieces of glass come together with a sense of spontaneity and movement, much like the notes in an improvised jazz solo. Even though it's a tribute to the past, the mural seems fresh and alive, which is fitting since the aforementioned venues continue to produce new works of art. The artwork at Lincoln Square's 72nd Street station, meanwhile, incorporates something you don't typically find in the subway: natural light. The station was the first in New York City to be built above ground in more than a century. This allowed artist Robert Hickman to cover the ceiling with more than 100 decorative glass panels. The piece, titled Laced Canopy, represents notes from Verdi's opera Rigoletto, in homage to the composer and the nearby Metropolitan Opera. Giuseppe Verdi is of especial significance due to the station’s location within Verdi Square. On the other side of the East River, the Eastern Parkway-Brooklyn Museum station offers a window into old New York. Over the years, the Brooklyn Museum rescued ornamental pieces from demolished buildings across the city. The platform's walls now display 78 of them, including old plaques, lunettes, and keystones. These relics serve as an introduction to the museum's above-ground exhibits—something patrons never see if they arrive via cab. The Arts for Transit and Urban Design program continues to commission new works. Creative types should regularly check the program's Call for Artists webpage, which details information on submitting proposals.
BY: Andrew Goodwin
Guide Staff Writer

Andrew Goodwin is a writer, actor, singer, and bipedal primate. Originally from Ohio, Andrew moved to Chicago in 2011 to write and do other things he hasn't figured out yet. He spends most of his free time trying to convince friends to go bowling. Find him on Twitter @jandrewgoodwin.